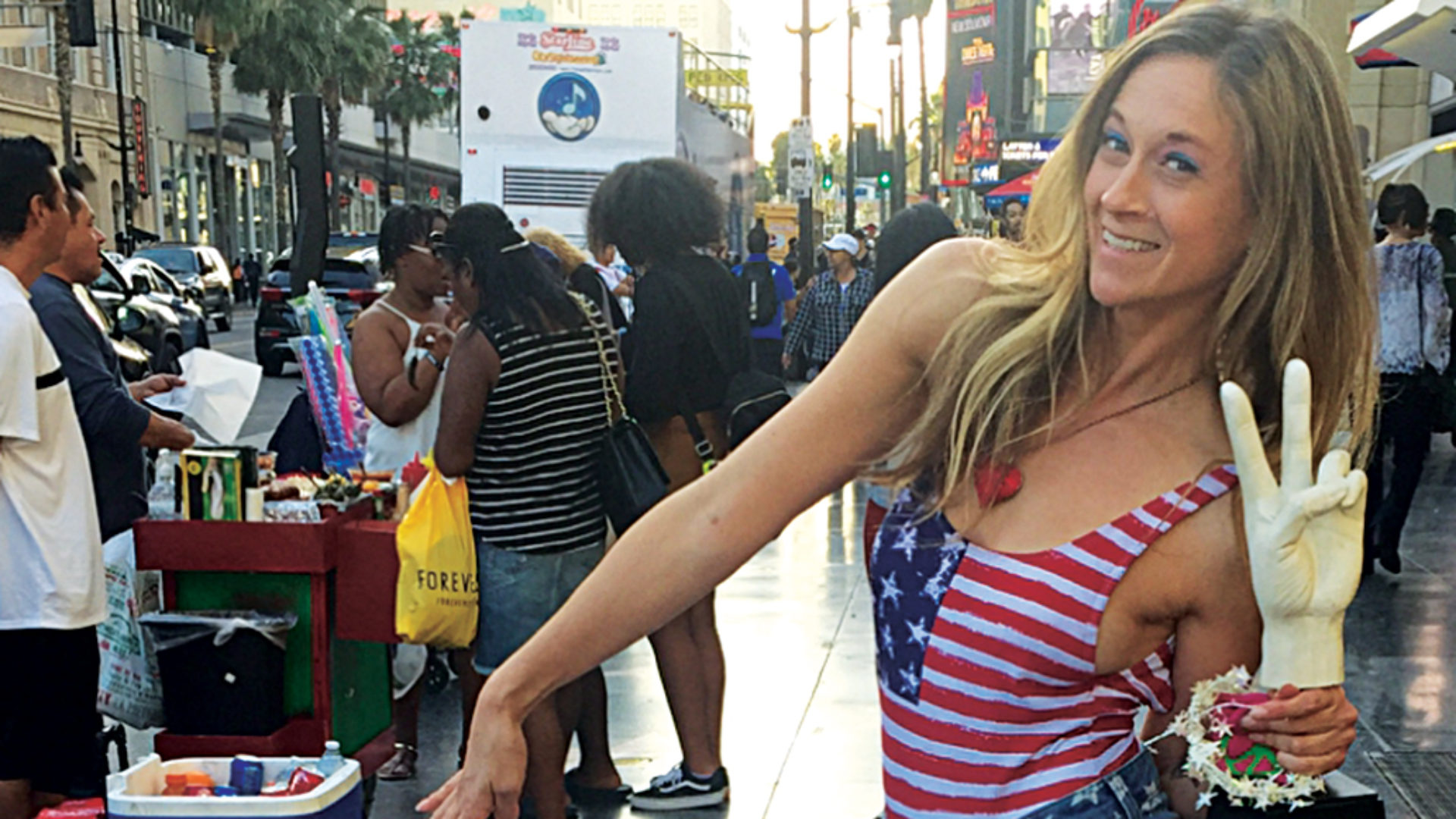 Now that a reality-TV star has proven that anyone can be elected President in America, The Donald is facing a formidable foe. A Fort Lauderdale-born woman has adopted the identity of Lisa Simpson (from The Simpsons of course) and tossed her saxophone into the ring, running for the White House as a write-in candidate for the United Human Race Party.

A lifelong fan of the show, the Presidential hopeful—who relocated to L.A. in 2010 to campaign for cannabis legalization—is fixated on the “idealistic, romantic” Lisa’s quirky, perky persona. Asserting she legally changed her name to Lisa Simpson for her unauthorized candidacy, she won’t reveal her birth moniker, but admits to being nicknamed Charlizzle Blizzle.