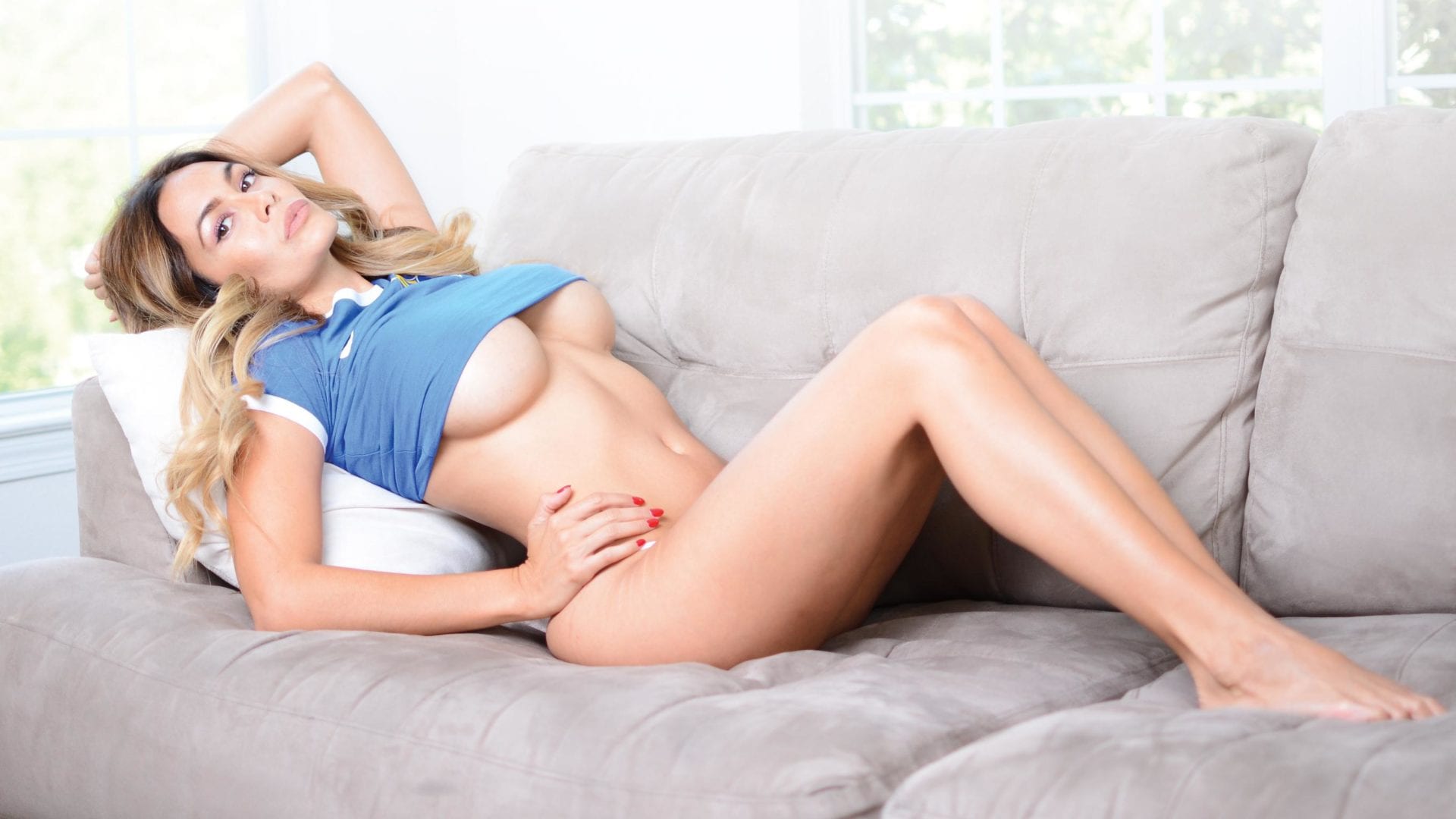 Bombshell Ava Fiore has a lot of fight in her—literally. A 2002 Golden Gloves champion boxer, Fiore paid for her pilot license by participating in illegal street fights and last made headlines in 2008, when she was pulled over by Nebraskan state troopers and found with nearly 60 pounds of marijuana.

Today she makes money hand over tit as a sports commentator on cleatsandcleavage.com. Despite the gimmicks, which we love—there’s Muff Mondays and Whipped Cream Wednesdays, as well as her patented tit-jiggle “Ciao”—Fiore is one of the best-informed sports reporters on the scene. No joke! Her analysis and predictions will keep you returning to her site again and again, as if you needed a reason… Put her in, Coach!

Find this article and more in HUSTLER June 2015