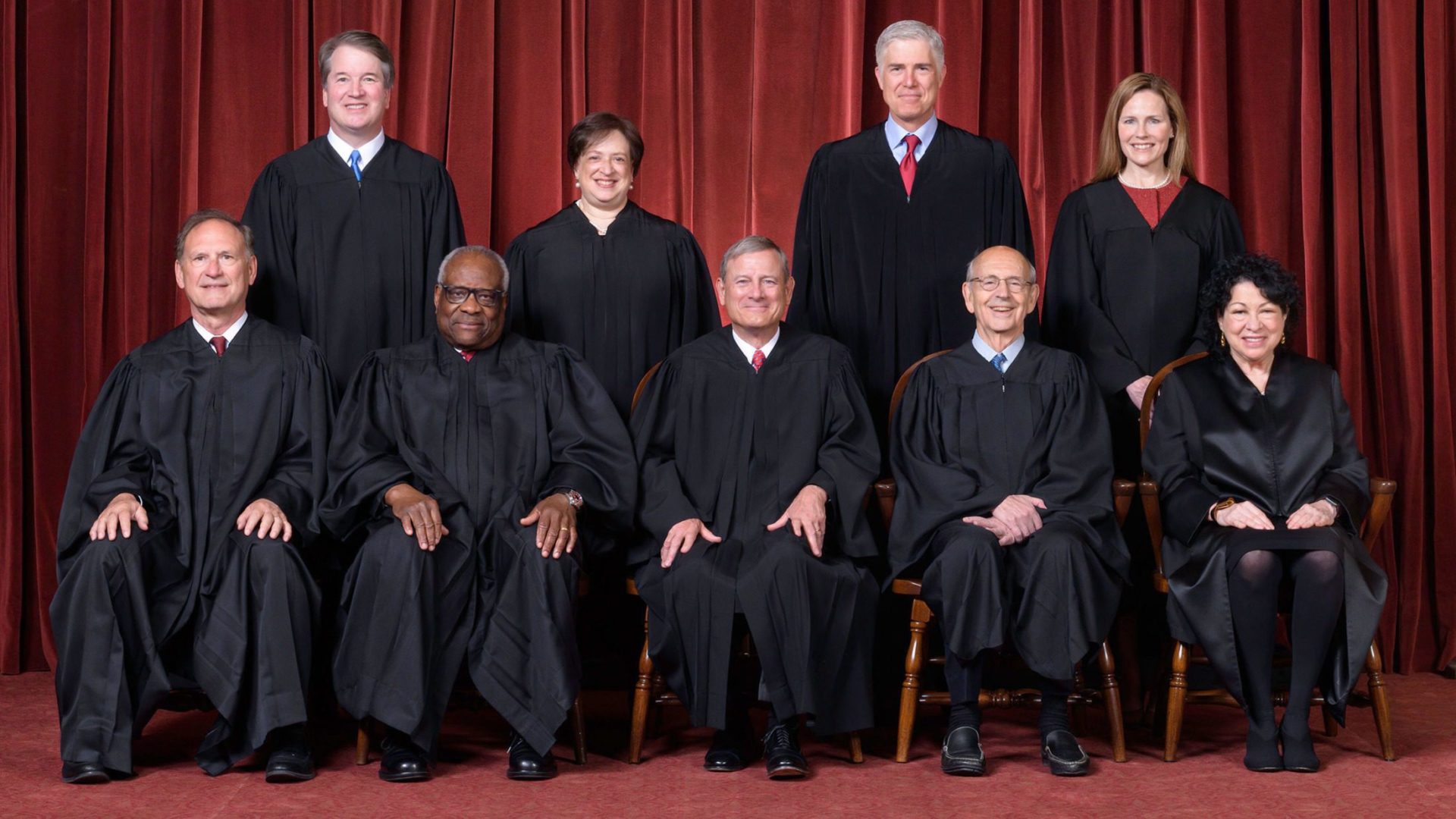 As your rights and freedoms are struck down, the corrupt Supreme Court majority is now anything but “conservative.”

The U.S. Supreme Court’s recent extremist rulings were tragically predictable. We know this because at the end of its 2021 term a frequent guest on my syndicated radio program, The BradCast, forecast precisely what has now happened.

Mark Joseph Stern told me at the time that the GOP’s packed and stolen 6-3 majority—in its first full session with radical right-wing Justice Amy Coney Barrett in the seat once occupied by progressive icon Ruth Bader Ginsburg—would begin overturning all measure of well-established precedent and constitutional rights, including protection of reproductive freedom in all 50 states.

Stern is a constitutional law expert and legal journalist at the online magazine Slate. For years, at the conclusion of each term, he’s joined me on The BradCast to unpack the Court’s most noteworthy opinions, explaining what they mean for the nation, the courts and the Constitution itself.

I recently told Stern that I’d long wondered if we were being too alarmist about the radicalized direction of the Court—or not alarmist enough. “You and I have been the exact right amount of alarmist,” he responded. “Time and again, the Court has proved that it is going rogue, that it is lawless, that it is really corrupted by partisan politics. I don’t want an apology from everyone who accused me of being hysterical, but I would like them to wise up to what the Court is doing now.”

A little-noticed June 2022 decision in the tragic case of Terence Andrus underscores the once well-respected panel’s unprecedented lurch toward right-wing extremism since 2017, when then-Republican Senate Majority Leader Mitch McConnell invoked the “nuclear option.” Overriding Senate filibuster rules, it allowed all three of Donald Trump’s controversial nominees to the High Court to be confirmed by the narrowest of margins.