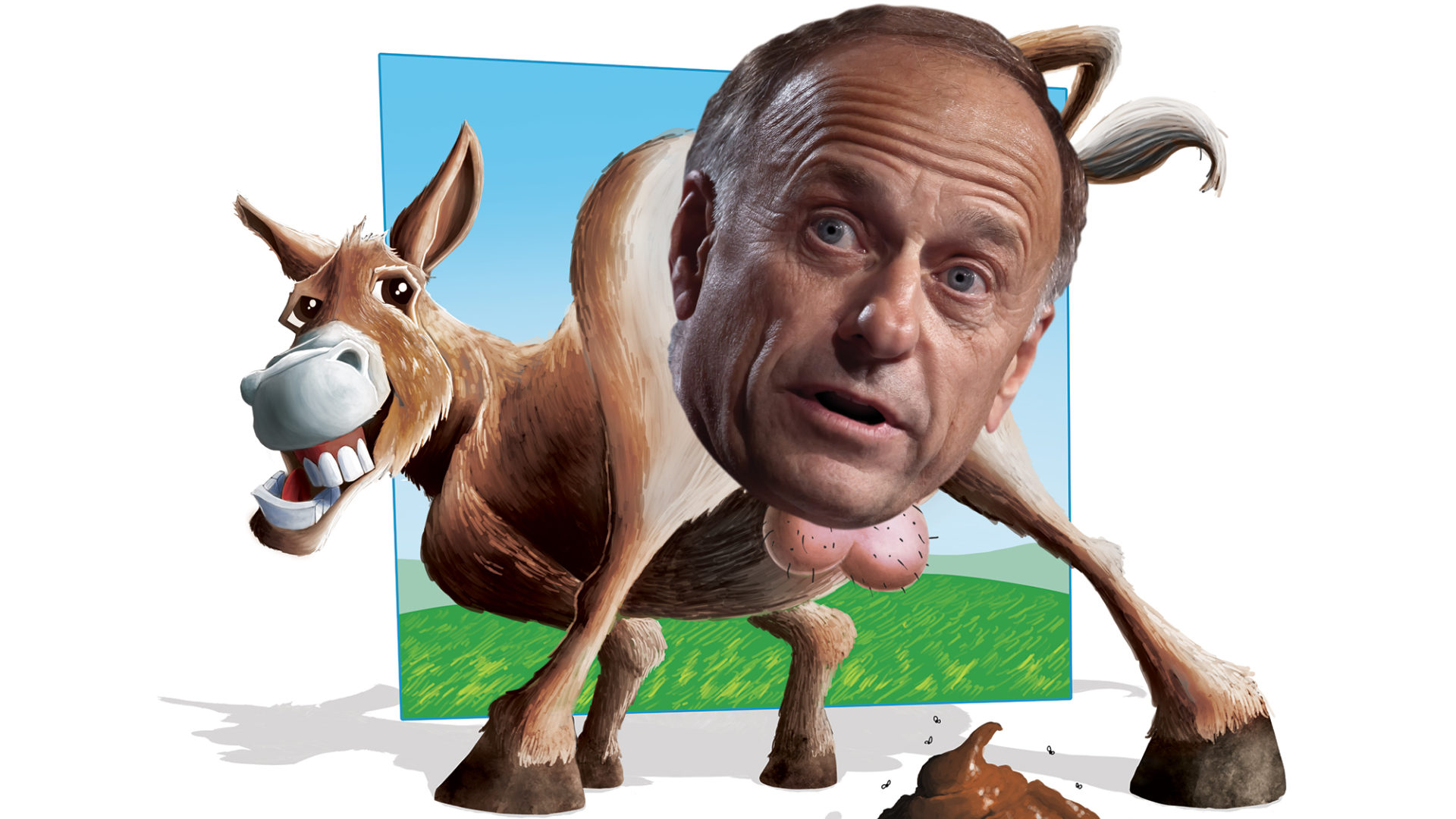 We can hammer away day and night at the Republican Party, but let’s be honest. Nobody can do as much damage as its own members. Like demented earthworms writhing in a Mid western manure pile, they seem obsessed with screwing themselves as often and as brainlessly as possible. For that reason, this month’s Asshole is also a bona fide hero!

Just when the GOP’s rebranding fantasies were starting to firm up like an impending dump moving into the bowel region, Representative Steve King from Iowa let this one rip: “For every [undocumented immigrant] who’s a valedictorian, there’s another 100 out there that weigh 130 pounds, and they’ve got calves the size of cantaloupes because they’re hauling 75 pounds of marijuana across the desert.”

Bravo, Steve-O. That’s serious Jackass shit! King’s crapola came during a discussion about DREAMers— immigrants brought to the U.S. as children who hope to gain citizenship through the proposed DREAM Act.

By his own account, King never says anything off the cuff. Like some sort of xenophobic Vulcan, he believes everything he says is logical, carefully considered and void of emotional contamination. As his devoted brother and chess opponent Jon has said about his sociopathic sibling, “There is no emotion in chess. If you start getting upset, you lose control.”

Find this article and more in HUSTLER January 2014