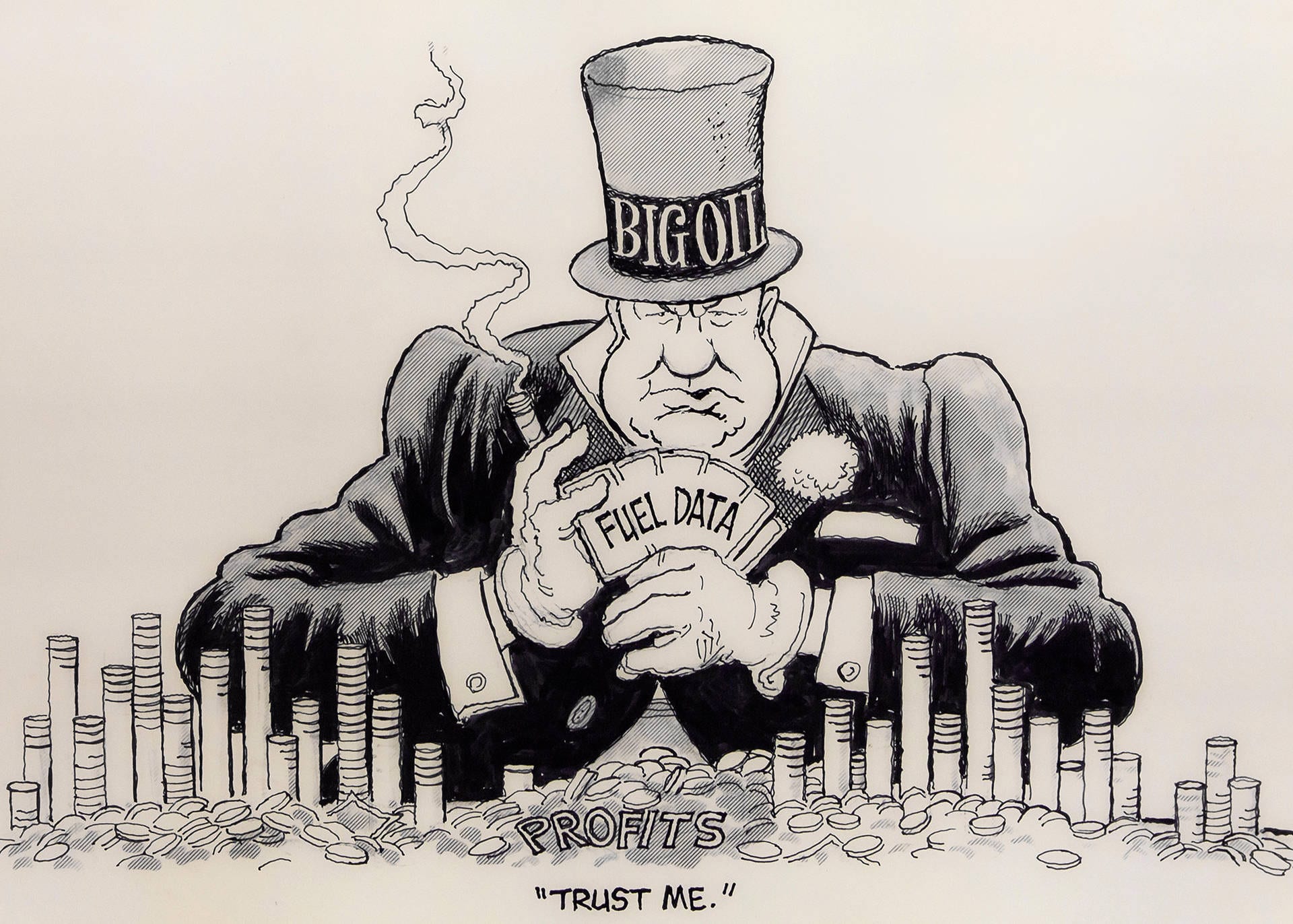 In the 1944 film noir thriller Gaslight, Charles Boyer’s character psychologically abuses his wife until she’s forced to question her sanity. The much younger woman (portrayed by Ingrid Bergman) has no ink ling she married a killer who’s manipulating her into believing that actual incidents—hearing footsteps in the attic, gaslights flickering—are merely figments of her imagination.

Reversing that ploy, the fossil fuel industry has long been “gaslighting” the public into believing that a real global phenomenon isn’t real at all. But our planet is ominously warming, and it’s due to the accumulation of greenhouse gases primarily generated by automotive emissions and the burning of coal.

Exxon’s prolonged gaslighting was confirmed in 2015. According to internal documents unearthed by the Pulitzer Prize-winning InsideClimate News, the oil titan’s inner circle knew, for decades, that the normal, everyday use of its gasoline was pushing the planet toward a proverbial meltdown. Memos going back to at least the 1970s document how Exxon’s own scientists warned high-ranking executives that carbon dioxide produced as a byproduct of burning fossil fuels was causing Earth’s climate to warm appreciably. Humanity itself, along with the company’s assets and long-term future profits, would soon be threatened.

Setting aside concerns about the survival of humanity, Exxon chose to prioritize its bottom line. Besides burying the evidence, the company funded “outside” advocacy groups to lie about and dismiss the dangers posed by man-made climate change.

Exxon spent millions to confuse the public by characterizing growing mountains of science detailing climate change as little more than a hoax. Its goal was to dissuade lawmakers from adopting legislation or regulations that might curb the use of petroleum products by limiting the amount of greenhouse gases released into the atmosphere. All so that Exxon could continue to refine and sell gasoline that was polluting the environment—while the company reaped record profits at the expense of human civilization itself.