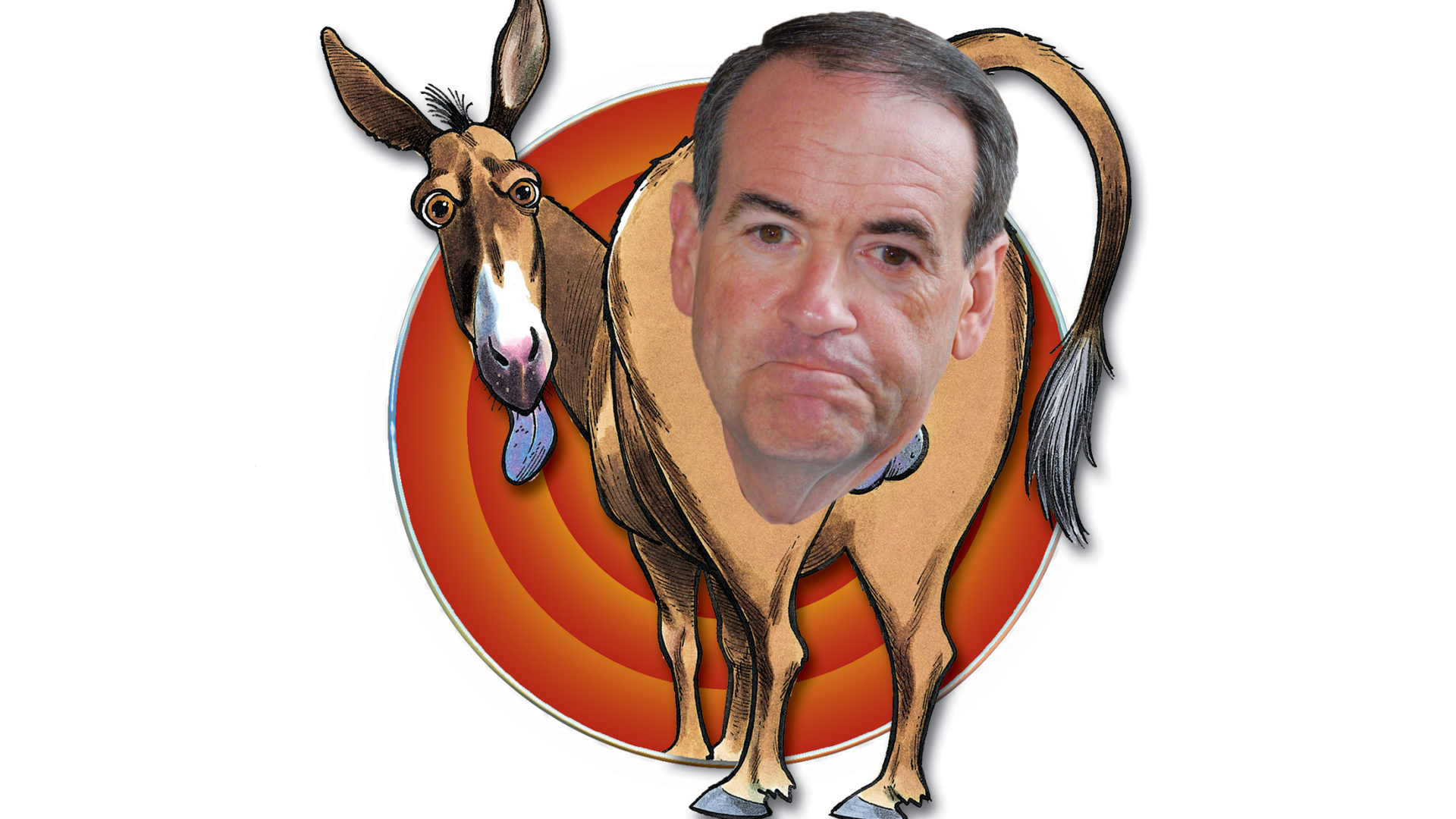 Mike Huckabee sees the world through the lens of a bizarre horror flick. Demons are everywhere, tempting him with buckets of deep-fried sin that only he and his band of white, male Christian warriors have the strength to resist. Some days the demons are whiny liberals who want equal rights for everyone. Other days they’re sex obsessed gargoyles with enormous gay erections. Sometimes they’re just women. “Get away, Satan!” Huck cries as he flees to his Fox News studio, where reality never intrudes. In his world, facts don’t matter.

Case in point: Huck’s support of fast-food chain Chick-fil-A’s anti-gay-marriage stance was to call for a face-stuffing “appreciation day.” The dumb cluck claimed it was based on free speech, not gay-bashing. But if the First Amendment is so dear to him, why has he voiced contempt for the very document that protects it?

That diabolical statement is nothing less than a call for theocratic rule. Make no mistake, Huck’s PR shenanigans like the Chick-fil-A brain fart are just a sideshow. His real agenda is much more bloated.