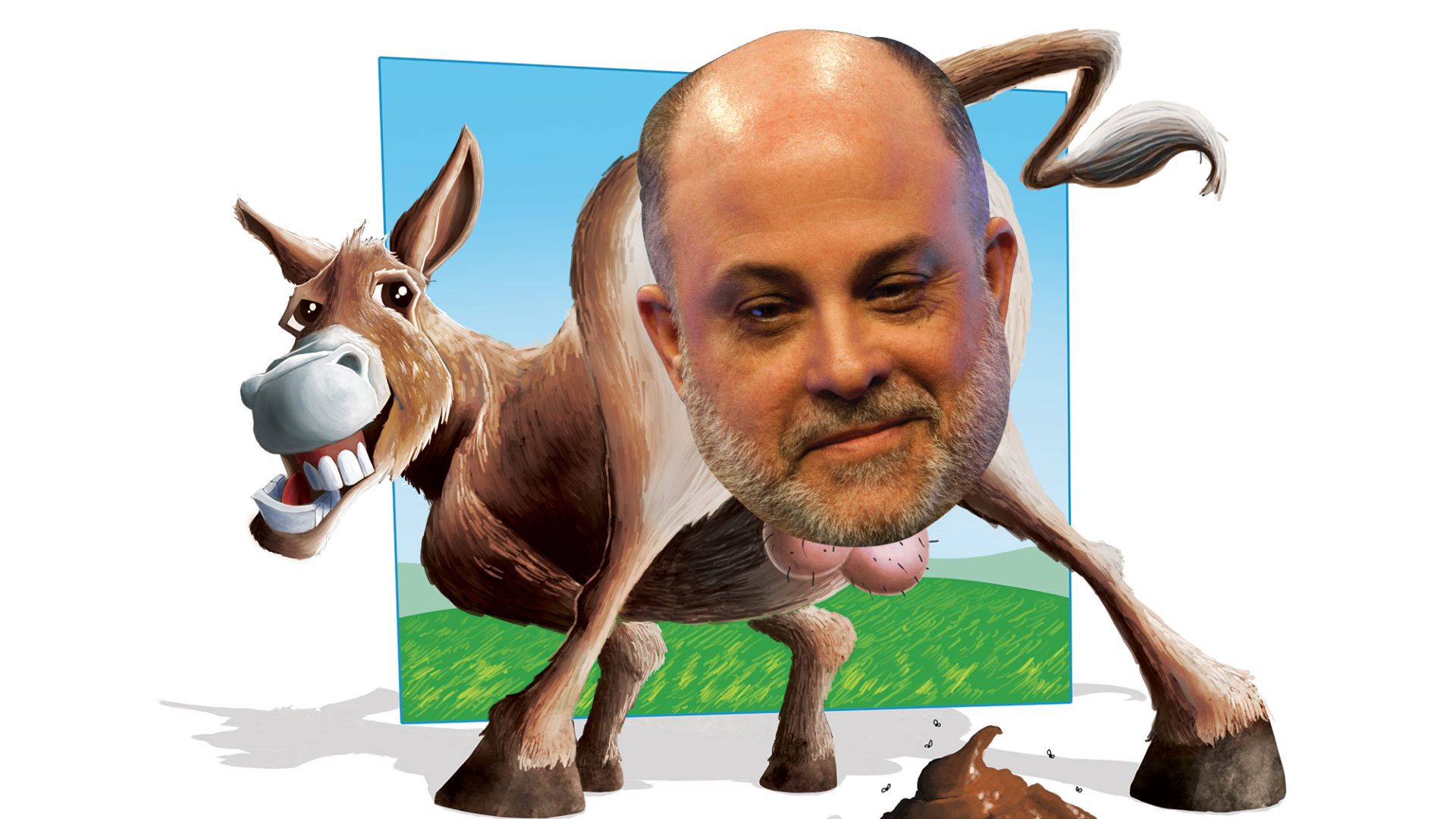 This month’s addition to the asinine shitpile has such a twisted idea of patriotism, he’d sue the government if it tried to regulate fireworks that backfired on kids. As president of the notorious Landmark Legal Foundation, Mark R. Levin has positioned himself as the new ideologue behind the conservative push for a new hard-right, antiliberal, antiunion, antiregulation America that rimjobs the rich and fucks over the rest of us.

Levin is the quintessential scumbag lawyer. His foundation has tried to use the courts to shut off funding for vital agencies like the Environmental Protection Agency and the National Education Association, claiming they’re political organs in disguise. In 2007 Landmark nominated an actual corrupt organ, Rush Limbaugh, for a Nobel Peace Prize. No shit.

As a talk-radio pit bull and phony political theorist himself, Levin has carefully cultivated the fine art of name-calling like a connoisseur of fertilizer, mixing shitheel meanness and academic euphemism to make his turd blossoms bloom. His rantings range from lazy sub-Rickles insult humor like calling Hillary Clinton “her thighness” and redubbing NOW the “National Organization of Ugly Women” to beard-stroking characterizations of “the Modern Liberal” as a “statist.”

What the fuck is a statist? Well, reading Levin, it would seem to be anyone who doesn’t hate the federal government as much as he does. Levin’s into the all-or-nothing mindset, so thinking the federal state might be good for something—like helping those who need it or stopping corporations from wrecking the planet we live on—is the same as worshiping it like a drooling, dead-eyed cult member. That’s why he picked a word that sounds like Satanist. Ain’t he clever?

Find this article and more in HUSTLER June 2013