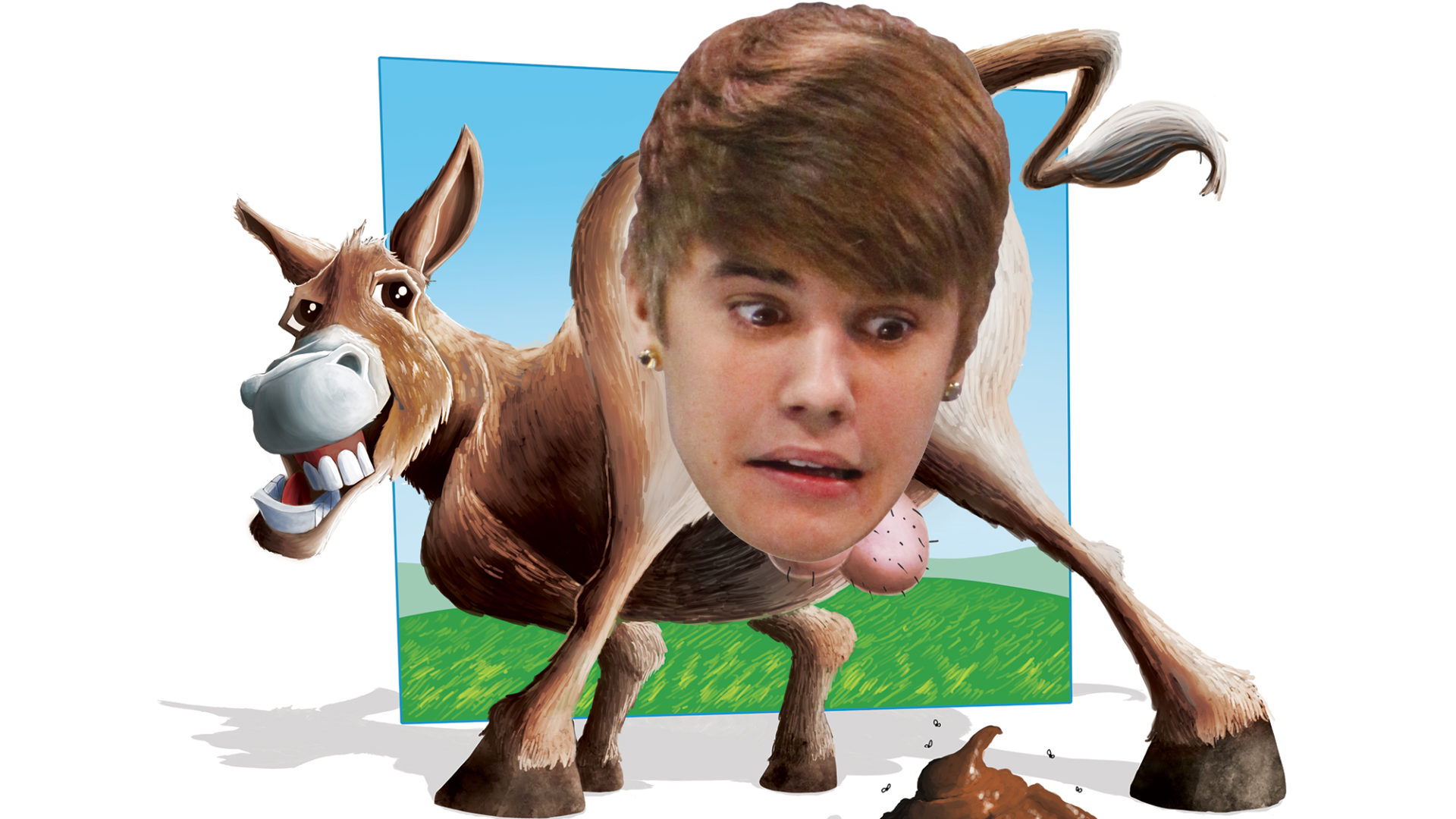 The time has come to celebrate. The international nightmare known as Justin Bieber has entered self-destruction mode. By the time you read this, there’s at least a 50-50 chance this talentless pile of wuss will be dead, maimed, jailed, held in a basement by crazed adolescent lesbians or crucified by hordes of Beliebers for changing his fucking hairstyle. Even atheists should start praying he circles the drain swifter than Lindsay Lohan on her way to BevMo.

But wait a second. Why do we give a shit? Because in this apparently meaningless phenomenon, there’s a dire warning: Our country is now populated by infantile drones. Quality is dying. What matters is how well you can hit the lowest-common- denominator, two-dimensional image and make the idiocracy piss away a million dollars a minute.

This Auto-Tuned asswipe is currently the entertainment industry’s premier profit whore, despite the fact that—according to a Public Policy Polling survey—a solid majority of Americans actively hate him. “Haters are just confused admirers,” Bieber retorts. We must be very, very confused.

But majority opinion doesn’t matter because Bieber heads a greed-driven promo machine of musical pedophiles. They tap into the pliant minds and emotions of young girls, exploiting their natural insecurities along with the nascent fantasies that the poor kids don’t yet know have zero to do with reality.

Wait, you say, don’t smut peddlers do the same thing? No, we prey on pathetic grown men. That’s why it’s called adult entertainment. Adults have legal decision-making power. Why should underaged girls get to decide what gets shoved down our collective cultural throats?!

Find this article and more in HUSTLER November 2013