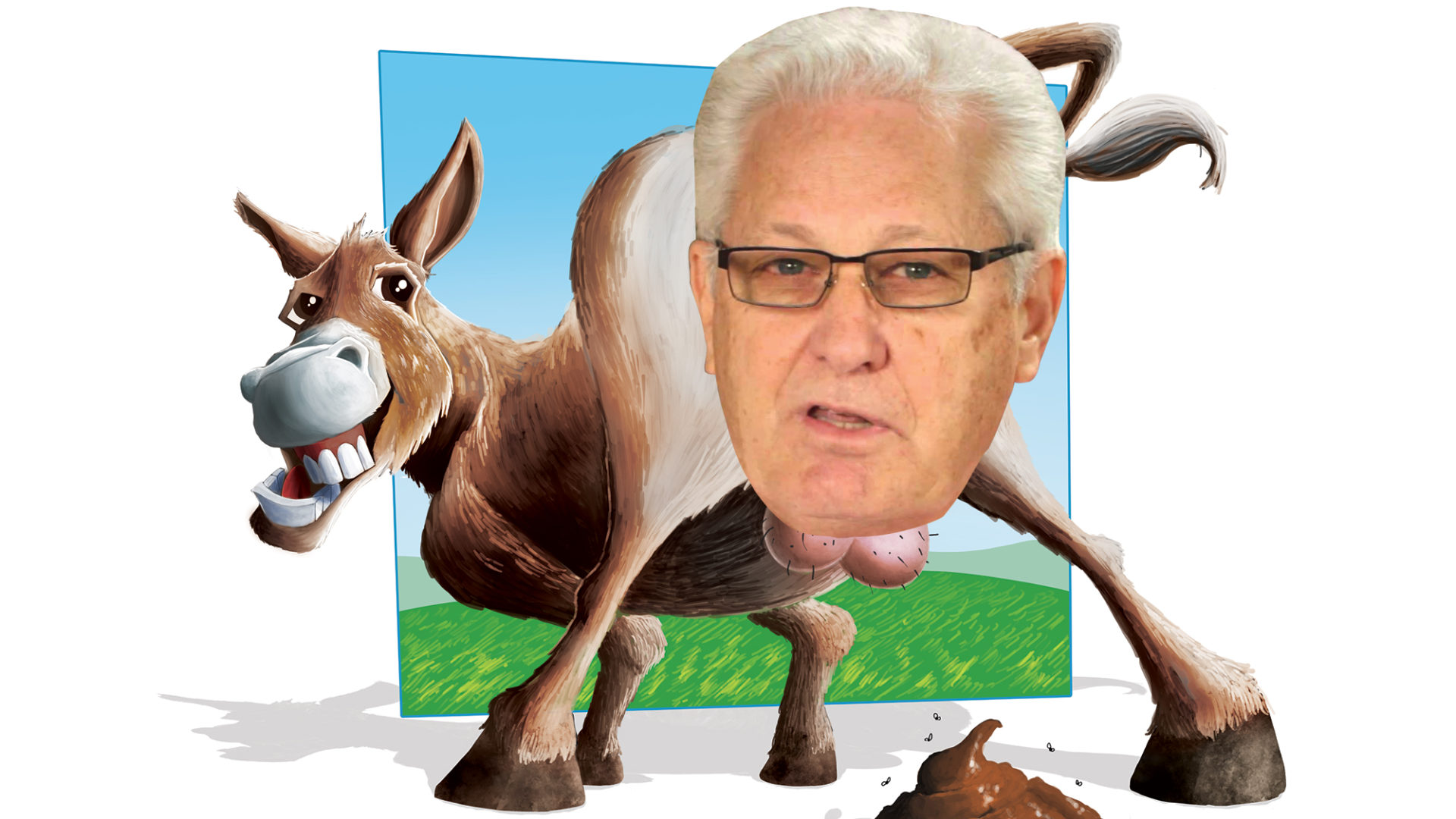 Since this month’s pile of manger manure couldn’t mind his own business and had to spend his senile years fucking with women’s rights, HUSTLER enlisted my help as a writer who actually knows something about uteruses and how they work since, unlike David Green, I actually have one. Brace yourself, David, to feel the righteous wrath of Blonde Babylon.

In case you missed it, David Green is the ultrareligious multibillionaire who launched a string of kitsch stores called Hobby Lobby and is now richer than God. The 79th wealthiest guy in the country, he’s the one-percent of the one- percent. This guy’s so greedy, he named his son Mart, as in Wal-Mart!

Along with stuffing bibles down the throats of the Third World like some throwback who doesn’t know the age of colonialism is over, Green also loves to blow his load bailing out his fellow con men, pumping over $10 million into dead Jerry Falwell’s Liberty University and $70 million into Oral Roberts University. He feeds his Christofetishism, meanwhile, by hoarding Bible artifacts, which he plans to plague us with in a museum in the heart of the nation’s capital.

Find this article and more in HUSTLER November 2014