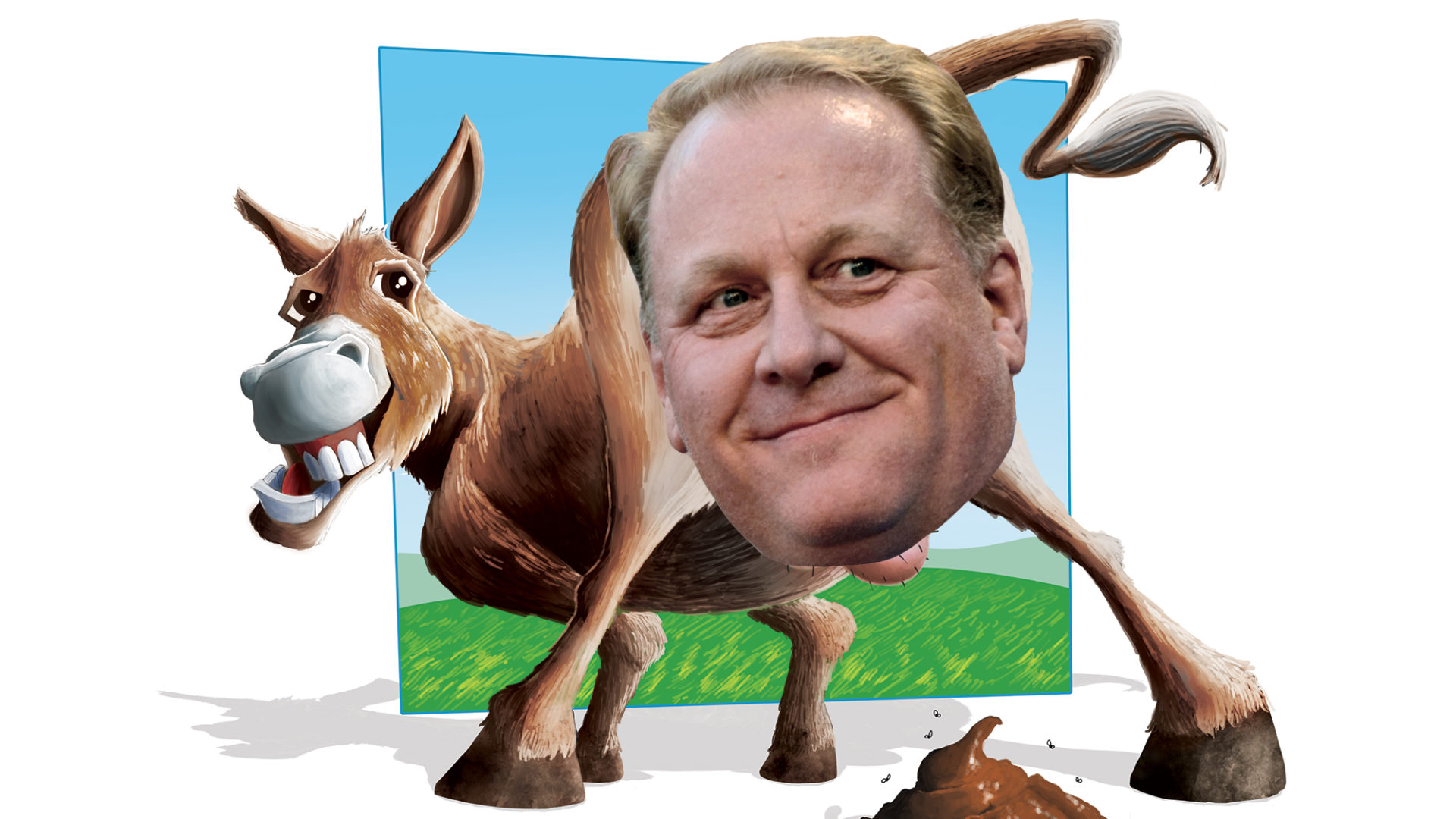 Baseball has a reputation as the American sport most beloved by conservatives, or at least by conservative pundits and blowhards. Why? Right-wing guru George Will once said, “It has no clock, no ties and no Liberal intrusions into the organized progression.” Daniel Foster from the National Review further explained: “It’s reliable, dependable, faithful, and I think there is something very warming to the cockles of the cold conservative heart about that fact.”

Nowhere are the “cockles of the cold conservative heart” more evident than in the breast of former World Series MVP pitcher Curt Schilling, now also a former ESPN color analyst, after being fired for repeatedly violating the network’s policy against making an ass out of himself with partisan, delusional, embarrassing outbursts on radio, Facebook, Twitter and beyond.

Last August ESPN suspended him after his tweet putting Muslims in the same league as Nazis. Before this he inflamed racial tensions after the Michael Brown shooting by suggesting that Marines posted in Iraq should come home and quash protests in Ferguson. Adding fuel to the fire, he then tweeted an outrageous post—thoroughly debunked by the fact-checking website Snopes—that eight NYPD officers had been insulted and refused service by the whole staff at a Chipotle restaurant. Actually, a single cashier had mimicked the “hands up, don’t shoot,” gesture—probably more as a joke than anything—and the offended officers had just walked out. Insensitive maybe, but not exactly our heroic boys in blue being starved by the nation’s fast-food workers.

After 9/11, Curt grandstanded with a gushing, schmaltzy patriotic open letter to America, prompting his Diamondbacks teammates on a bus ride to mockingly sing, “I’m a Yankee Doodle Dandy.” And that’s been his shtick ever since, using the big stage of EPSN to cast himself as a macho, bornagain Mr. America, defender of baseball’s supposed collateral values: pro-life, pro-gun, pro-God, prowar, and anti-everything else. He was a gung-ho supporter of Dubya Bush for both of his disastrous terms, tossing dusters at anyone who dared to criticize the bungled Iraq war.