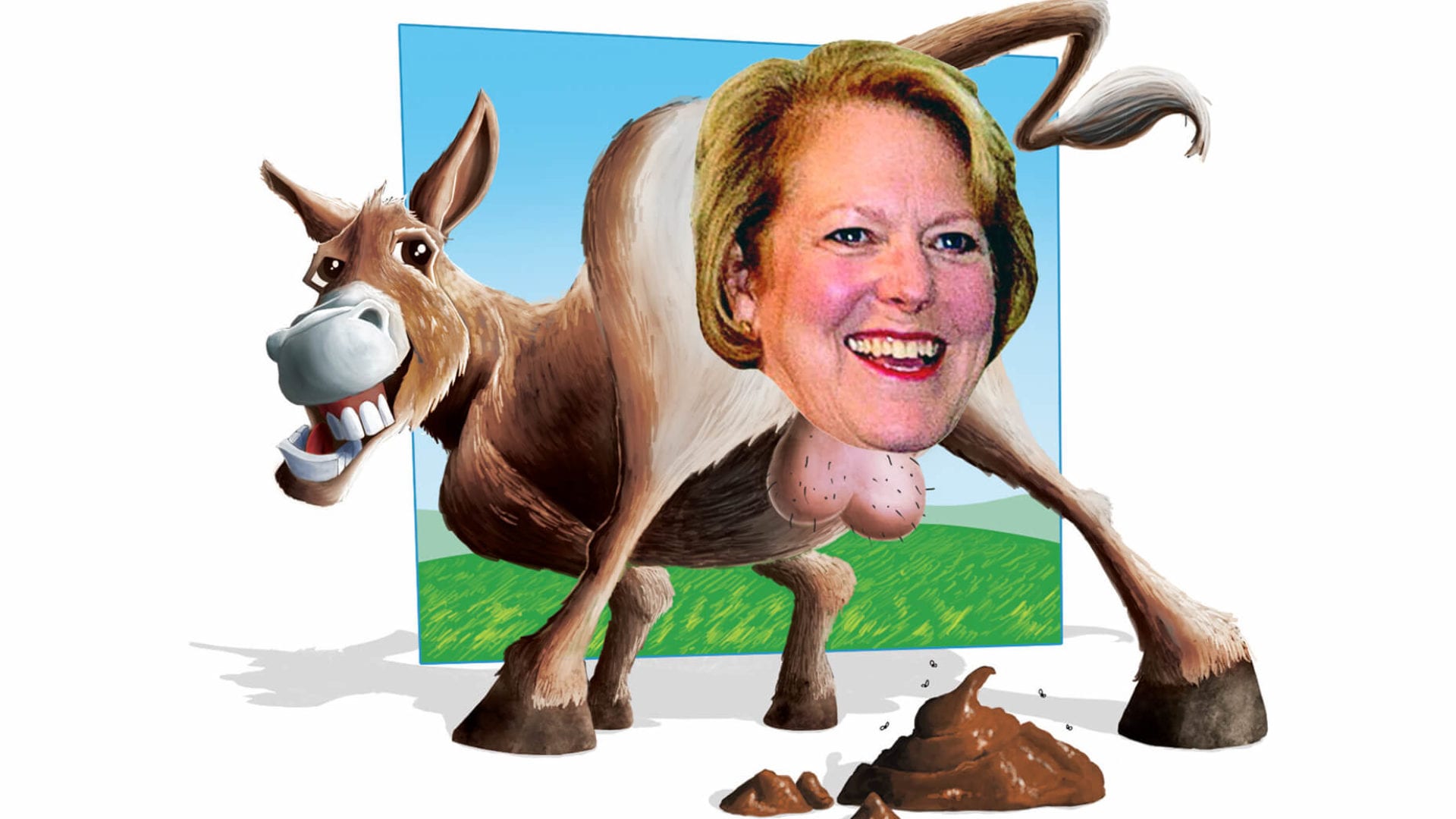 Some of the most influential movers and shakers in politics are not household names. They don’t hold public office, host a talk show or donate millions to candidate campaigns; they operate more or less in the shadows. This profile fits one of D.C.’s most powerful divas, Virginia “Ginni” Thomas, the big, bad blond wife of the longest serving and furthest right Supreme Court Justice, Clarence Thomas.

“I regard her as one of the three or four most influential conservative activists in the country,” says writer Stephen Moore, who advised Trump’s campaign. “She has channels into the White House that gets her stuff on the President’s desk.” Her “stuff” is a toxic brew of wingnut delusions, racist obsessions and idiotic conspiracy theories, all proudly detailed on her Facebook page—and all funneled into the ear of her husband, who rules on some of the most controversial issues
in the nation.

Unlike many conservatives, who found their way into the GOP after flirting with the Democrats or being an independent, Ginni has been a right-winger almost from the cradle. In high school in Omaha, Nebraska, she was in the Republican Club and stated that her ultimate ambition was to run for Congress. But she never tossed her hat into that ring, preferring to work with the network of lobby groups and conservative organizations that support Republicans in the limelight. After graduating from law school, she went to work for the United States Chamber of Commerce, the leading voice pushing business profits over labor rights and all other values in society. Testifying before Congress back in the ’80s, she advocated killing the Family and Medical Leave Act (FMLA), which guarantees workers paid time off to deal with illness or other critical family issues. Like universal healthcare, every other advanced nation in the world offers some form of paid medical leave, and not only for compassionate reasons, but to help stop the spread of epidemic diseases.

Low-income workers in America often don’t stay home when they get sick because they can’t afford it, working paycheck to paycheck to make ends meet. Staying home to get well can be a choice between paying rent or being evicted. So how fucking stupid was Thomas’s opposition to FMLA? Think about the health crisis we are facing right now. Then imagine a waiter serving your meal, coughing all over your food as they’re coming down with coronavirus. But they can’t afford to take off, and if they are diagnosed with COVID-19, they can’t afford the sky-high deductibles of their medical plan, if they even have one. So while Ginni and the Chamber of Commerce are worried about maximizing profits, the coronavirus craters the whole American economy. Brilliant policy. Thanks, Ginni. You just earned your first Asshole star.