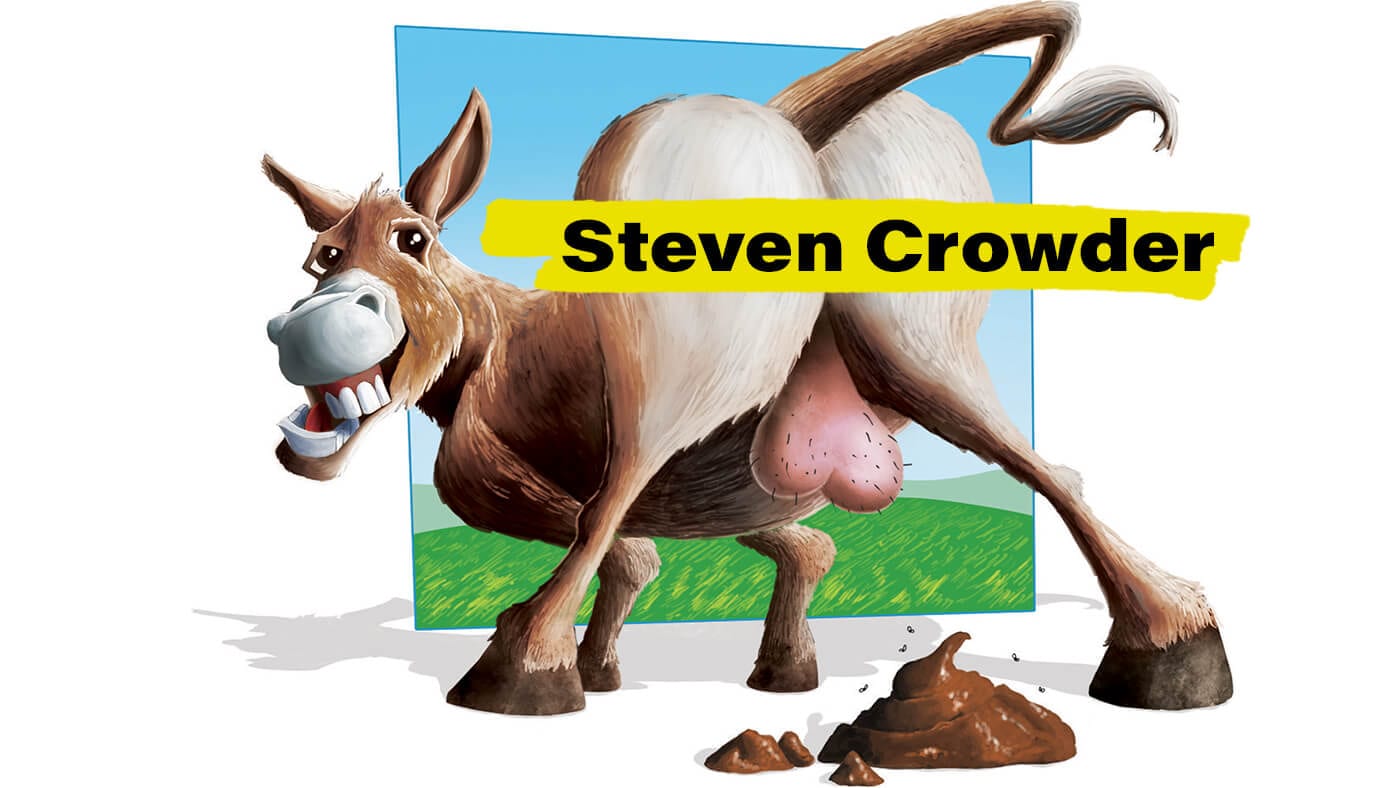 As we enter the third decade of the 21st century, we can celebrate a lot of progress over bad old habits of the past: It wasn’t so long ago that men were free to sexually harass women in the workplace and get away with it scot-free (Harvey Weinstein). Gay marriage is now widely acceptable, and the whole LGBTQ movement has made great strides. The N-word has been banished from public discourse, nobody dresses up in black face anymore, and nobody tells racist jokes without catching a shitload of flak for it…well, almost nobody. There are still a few odious die-hard cavemen who can’t help insulting and demeaning anybody who doesn’t act, look and live exactly like they do. Enter conservative loudmouth Steven Crowder.

Born in the U.S., Crowder spent years three to 18 growing up in a suburb of Montreal, where the famous Canadian politeness did not rub off on him one iota. He started off as a shock-jock “comedian,” making short wingnut videos on YouTube. After teaming up with the conservative website PJ Media, his videos caught the eye of Fox News, and they offered him a contributor contract. From 2009 to 2013, the new conservative Boy Wonder appeared regularly on Sean Hannity’s and Neil Cavuto’s shows. In 2012, Crowder posted a doctored video showing him being punched in the face by a union member during a Right to Work rally in Michigan. The clip made its rounds on conservative media until it was proven that Crowder shoved the activist first. Soon the network grew bored with his stupid schtick and began cutting his airtime. That really pissed Crowder off, so he shot off his loud mouth again, dissing Fox and Hannity in an interview with Ed Morrissey: “I am consistently amazed at Sean Hannity’s inability to host his own show. These liberals who aren’t very smart just come in and absolutely bulldoze him like a child.”

Hannity getting bulldozed by liberals? On what universe, Crowder? With lead bully boy Bill O’Reilly long out of the picture, Hannity has the bull ring all to himself, constantly interrupting and shouting down any guest who starts making a point contrary to Fox News propaganda. Well, you don’t piss off the network’s franchise star without consequences; Fox fired Crowder after his idiotic tirade.