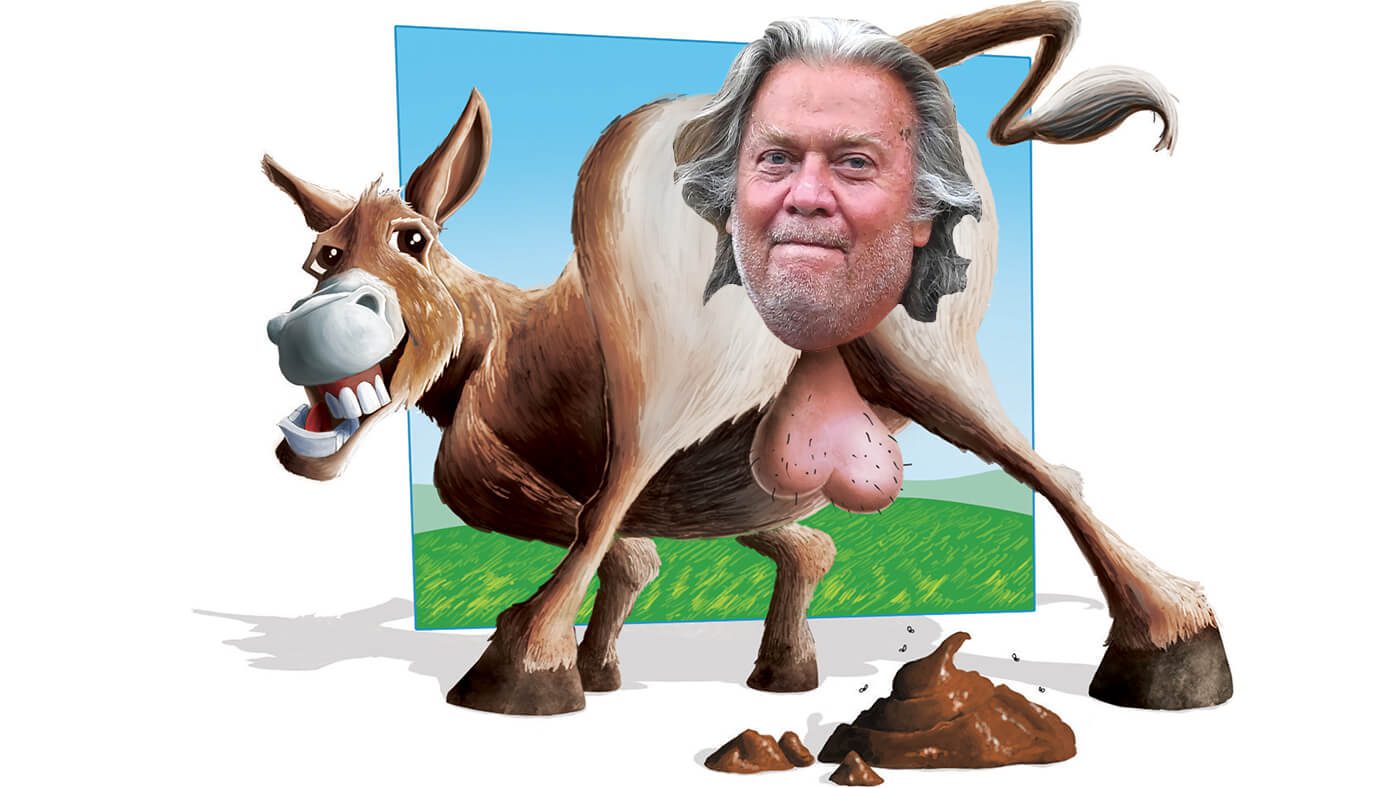 The batshit crazy godfather of the alt-right movement, Steve Bannon, is treading in a deep cesspool now that his role in fomenting the January 6th insurrection is finally coming to light. A member of Trump’s inner circle and a bellicose pusher of the Big Lie regarding the outcome of the 2020 election, Bannon was held in contempt of Congress in November for defying a subpoena issued by the Select Committee investigating the Capitol riot. His desire to disrupt democratic institutions comes as no surprise, since Bannon has boasted that he’s not just a run-of-the-mill conservative, but a “Leninist” revolutionary.

“Lenin wanted to destroy the state, and that’s my goal too,” he told journalist Ronald Radosh in 2013. “I want to bring everything crashing down and destroy today’s establishment.” By establishment, he meant both the Democratic and Republican parties. Later he told the same journalist, “National Review and The Weekly Standard are both left-wing magazines, and I want to destroy them also.”

Your brain would have to be riddled by mad cow disease to call two of the most right-wing rags in the country “left-wing” and to believe that the modern Republican Party is not conservative enough. But that’s Bannon, whose mind is as disheveled as his appearance. “Sloppy Steve” Trump once called him. But Steve got a little too sloppy and overconfident before January 6.

After Biden won the election in November, Trump went down to his Mar-a-Lago compound in Florida to play golf and blast bullshit about a “stolen election.” But according to Bob Woodward and Robert Costa’s Peril, on December 30, Bannon called and begged him to return to D.C. and focus all his energy and tweets on January 6, the day that Congress would certify the election results. “We’re going to kill the Biden Presidency…in the crib,” he reportedly vowed. The next day Trump flew back to Washington. A volcano was simmering in D.C., primed to explode, with Trumpites on 8kun and other online forums openly posting calls for violent revolution: “Go to Washington on Jan 6 and help storm the Capital [sic]. We will storm government buildings, kill cops, kill security guards, kill federal employees and agents.” Trump poured gas on the fire, tweeting: “JANUARY SIXTH, SEE YOU IN DC!” and “Be there, will be wild!”

Find this article and more in HUSTLER February 2022