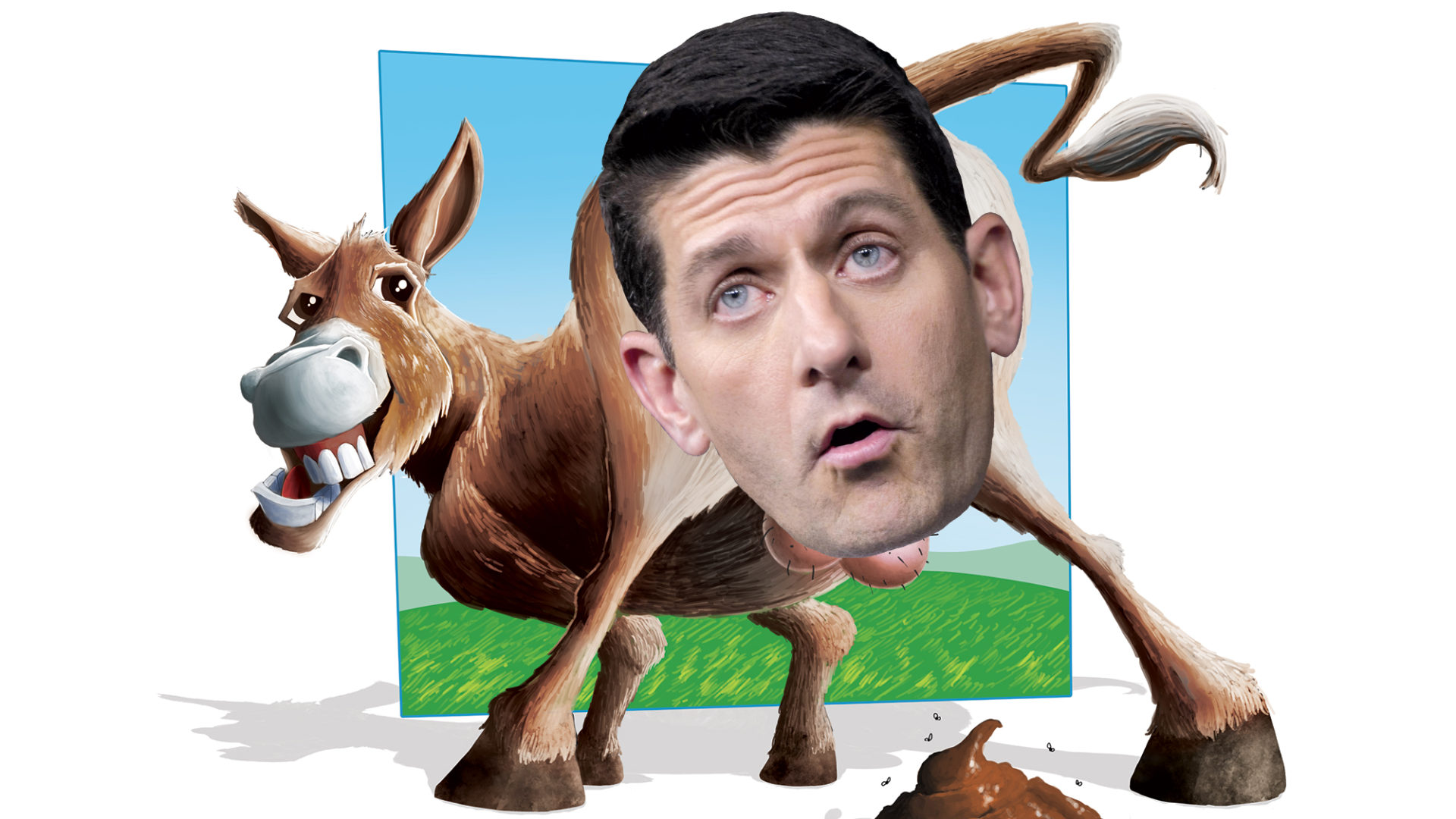 Ever since Paul Ryan was picked as Mitt Romney’s VP sidekick for their failed 2012 campaign, he’s been the standard-bearer for the GOP. Along with Mitch McConnell in the Senate, he has spearheaded the scorched-earth strategy of the past eight years—knee-jerk opposition to anything and everything Obama and the Democrats have proposed, however reasonable and compromising the proposal.

Looking like a bastard son of Ronald Reagan with his low-forehead shock of black hair, Ryan puts another happy face on the thick-skinned agenda of trickle-down economics that has devastated the working and middle classes for the past four de cades. His famous budget proposal in 2012 was justly dubbed “Romneyhood” by Obama—Robin Hood in reverse, taking from the poor and giving to the superrich, who have grown fantastically richer in the past two decades, while the other 99% has suffered wage stagnation and higher rates of unemployment, poverty, depression and suicide.

But this is not the crisis Ryan sees: “We risk hitting a tipping point in our society where we have more takers than makers…. We’re going to either have a taker society or a maker society.” Forget all the statistics and evidence. It’s a great moral issue, you see: the Holy Makers vs. Evil Takers, as defined by Ryan’s muse, Ayn Rand.

Ryan began reading Rand in high school, where he was elected prom king, then crowned “Biggest Brown-Noser” by his classmates. “The reason I got involved in public service, by and large, if I had to credit one thinker, one person,” he said in 2005, “it would be Ayn Rand.”