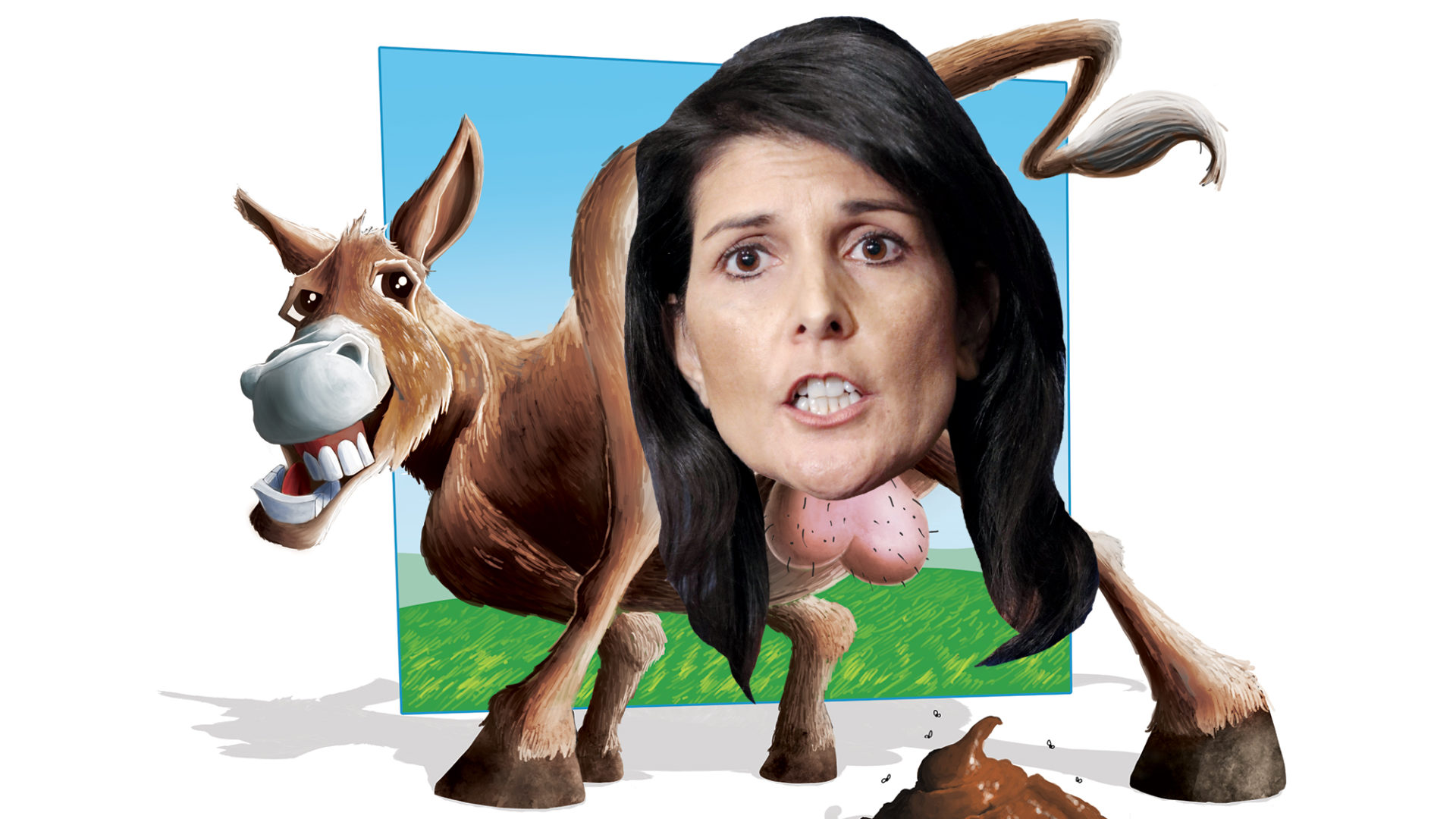 Amateur hour is in full swing at the Trump White House. Reflecting his own dearth of experience in politics and government, the Donald loves to appoint complete rookies and incompetents to positions of power. From Sean Spicer and Anthony Scaramucci to Steve Bannon and Rex Tillerson, it’s been an embarrassing parade of fools and freaks unlike any Presidential administration in American history. But one appointee who just might survive as long as Trump remains in office is his firebrand ambassador to the U.N., Nikki Haley—as long as she can keep from upstaging her egomaniacal boss. The job comes with a big spotlight, and there’s nothing Trump hates worse than another mediocrity stealing prime-time attention.

Nikki Haley had absolutely zero experience in foreign policy, which made her an ideal Trump candidate for secretary of state, which he first offered her. Knowing she didn’t have the chops for Foggy Bottom, she turned it down. Then Trump offered her the U.N. job, which she accepted after being promised a position on the National Security Council. It’s a lot easier being a crude mouthpiece at an international body that all true wingnuts despise than managing a huge federal bureaucracy.

It’s a bit odd that Trump put her in the U.N. seat, because Haley was no supporter of his during the campaign. She favored Marco Rubio, then Ted Cruz. In fact, in January 2016, after Barack Obama’s State of the Union address, Haley criticized the GOP frontrunner’s rhetoric on immigrants, prompting Ann Coulter, one of Trump’s biggest cheerleaders, to respond that “Trump should deport Nikki Haley.” After Trump won the nomination, Haley said would vote for him, but that she was “not a fan.” She even echoed the demand to release his tax returns, prompting Trump to tweet, “The people of South Carolina are embarrassed by Nikki Haley!”

Haley was born and raised in tiny Bamberg, South Carolina—the first state to secede from the Union, in 1860. She stewed in that Deep South culture as an accountant for her family’s clothing business before running for the South Carolina House of Representatives in 2004. But when she had the nerve to set her eyes on the governorship in 2010, she pissed off the good ol’ white boy network. During the campaign, redneck state senator Jake Knotts called her a “raghead,” and the Conservatives for Truth in Politics group accused her of failing to pay taxes on time and having two extra marital affairs. One of her alleged fuck buddies, Will Folks, even signed an affidavit stating, “We slid back the seats of her Cadillac SUV so that Rep. Haley could climb on top of me.” Haley was sinking fast in the heart of the Bible Belt until a white knight rescued her: Sarah Palin, then at the height of her ill-deserved fame, came to town and endorsed her. That alone clinched her victory.