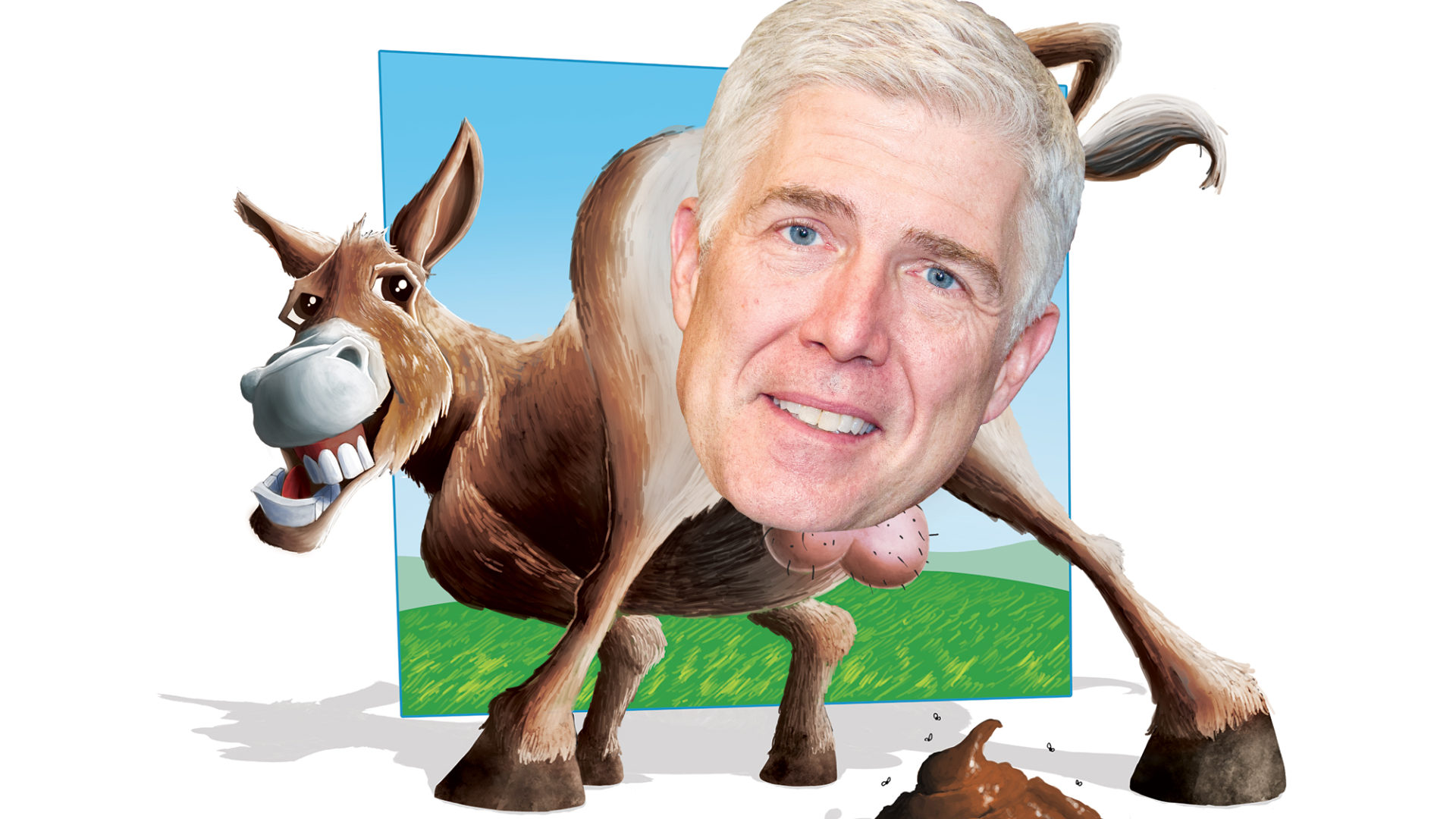 For Americans who believe in the core principles of our democracy—truth, justice and equality for all, regardless of race, gender or creed—these are dark days indeed. Conservative greedheads representing our bloated oligarchy have taken over the Supreme Court for the foreseeable future, thanks to Mitch McConnell and his band of take-no-prisoners assholes in the Senate.

By every standard of fair play, the latest SCOTUS Justice should have been Merrick Garland, the moderate nominated by Obama after the far-right douchebag Antonin Scalia died in 2016. Using unprecedented obstructionism, Mitch the Basset Hound Bitch blocked that nomination for nearly a year, gambling that a Republican might win the Presidency and appoint another hard-right conservative—which Trump has done with Neil Gorsuch, a flaming wingnut determined to fill Scalia’s jackboots.

Ironically, Gorsuch himself wrote an op-ed in 2002 slamming the Senate for delaying the nomination of none other than Merrick Garland to the U.S. Court of Appeals, including this zinger: “The most impressive judicial nominees are grossly mistreated.” No shit, Neil—you owe your undeserved Supreme Court seat to that gross mistreatment!

Neil the Shill got off to an auspicious start: His mother, Anne Gorsuch, was a member of a group of ultraconservative state legislators in Colorado known as the “House Crazies.” In 1981 Reagan appointed her as the first female head of the EPA, where she cut the budget by 22%, hired staff from the industries she was supposed to be overseeing, attempted to gut Clean Air regulations, ensured a steep decline in pollution enforcement cases and even encouraged the use of restricted pesticides—exactly like the recently disgraced EPA chief, Scott Pruitt. In 1982 Congressional investigators accused the EPA of mismanaging the $1.6 billion Superfund for toxic waste cleanup and subpoenaed EPA records. Citing “executive privilege,” Mommy Gorsuch refused to hand them over, becoming the first agency director in American history cited for contempt of Congress. After 22 disastrous months in office, she finally resigned in 1983.