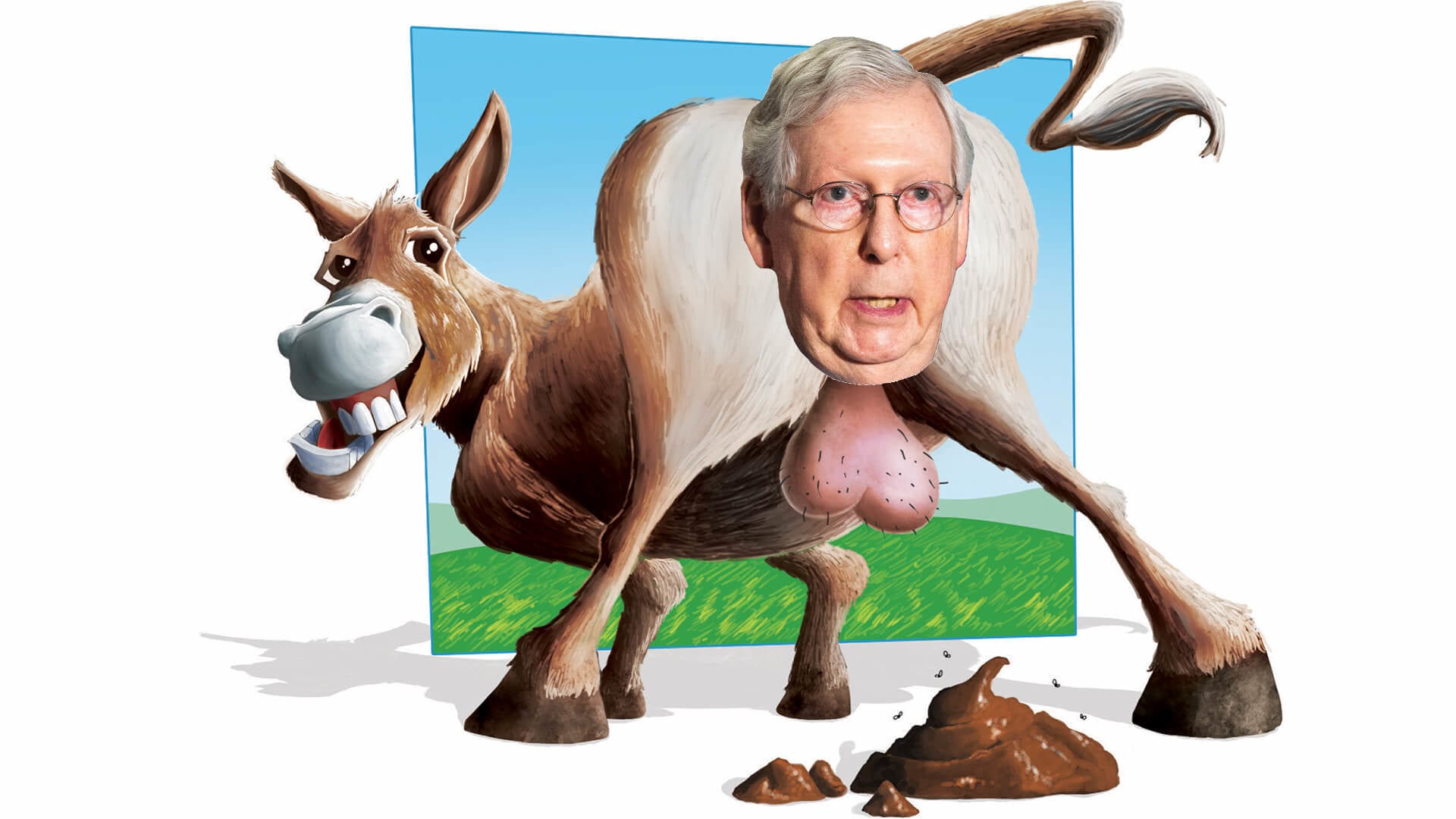 The USA is 244 years old now. In that long history there have been periods of relative cooperation and mutual respect between the various opposing parties—and periods of cutthroat competition and gridlock, the worst being the bloody Civil War. For the past 15 years or so, we’ve been in one of the cutthroat periods, getting worse year by year—all-out warfare, burn the house down, and take no prisoners. The result is endless bad blood, gridlock and the nation’s problems festering with no solution.

The real architect of the current stalemate, the godfather of gridlock, is Mitch McConnell, the longest-serving Senate GOP leader in modern history—and one of the richest U.S. senators. Known as Moscow Mitch, Cocaine Mitch, Nuclear Mitch and the Grim Reaper, McConnell relishes his role as the greatest obstructionist ever in Congress. But Mitch didn’t start out as a flaming Asshole. In his early career in Kentucky, he was widely known as a moderate Republican who supported abortion rights, public employee unions and working with Democrats to get things done. But it was under the Obama Administration that he ditched pragmatism and started acting like a rabid feral hog. What happened?

Democrats under Bush actually cooperated with Republicans to pass their favored No Child Left Behind and Medicare Part D legislation. But when Obama became President, McConnell concluded that the GOP would gain zilch as a political party by collaborating with anything Obama could claim as an achievement. He determined that Republican obstruction was the optimal way of ensuring gains for his party in future elections, and so, instead of bipartisan cooperation, McConnell’s number-one priority became to prevent Obama’s reelection. In an interview with the National Journal, he said, “The single most important thing we want to achieve is for President Obama to be a one-term President.”

Got that? It didn’t matter what the hell Obama and the Democrats proposed—even positions and ideas that Republicans had supported in the past—Congress was going to turn into a giant mud bog full of toxic punji sticks just to make Obama look bad. McConnell fought tooth and nail to derail the Affordable Care Act and banking reform legislation after the 2008 financial crisis, caused in large part by Republicans. He didn’t completely succeed with these two, but he was able to block almost everything else the President attempted, no matter how many olive branches Obama offered the Republicans, often using the filibuster to stymie any progress with a storm of oratorical bullshit. In 2012 he even proposed a measure allowing Obama to raise the debt ceiling, hoping some Democrats would oppose it and thus create disunity in the party. But when all Democratic senators supported it, McConnell shamelessly filibustered against his own proposal!