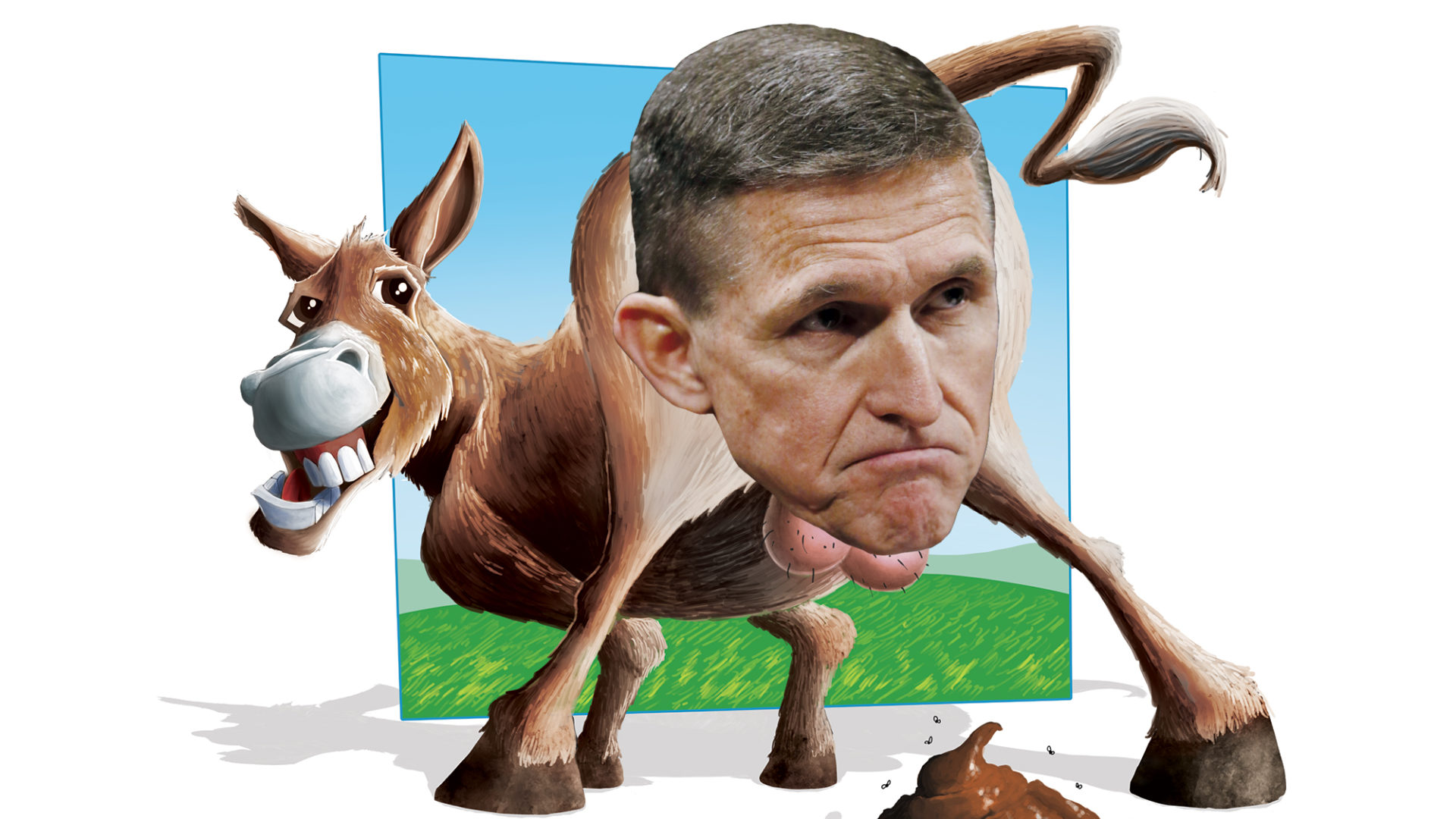 A lot of people who voted for Trump expected a revolution against the whole corrupt, pay-to-play cesspool in Washington, D.C. “Drain the swamp!” he bellowed to the roar of his loving crowds. He funded his own campaign! they swooned. So he’s not owned by Wall Street, the military-industrial complex or the rest of the corporatocracy that’s been plundering the middle class into oblivion.

For anyone paying attention, the honeymoon’s over, as Trump’s cabinet appointees conjure up the old tune: “Meet the new boss—same as the old boss.” Or as Missouri senator Claire McCaskill put it: “Goldman, generals and gazillionaires.” For Treasury secretary he actually picked Steve Mnuchin, a 17-year veteran of the “great vampire squid” Goldman Sachs, and for deputy secretary of state none other than mad dog John Bolton.

Yeah, some fucking revolution! The swamp has already swallowed Trump, and his choice for national security advisor is the Creature From the Black Lagoon: retired Army Lt. Gen. Michael Flynn, who was director of the Defense Intelligence Agency (DIA) from 2012 to 2014 before he was forced to resign for being a loose cannon and blasting away at Obama for not escalating the Holy War on Terror fast enough. Flynn also pissed all over the nuclear deal negotiated with Iran, crying out for yet another regime change instead—much like our clusterfucks in Afghanistan, Iraq, Libya and Syria, only this time against a nation with a population and military almost as large as those four countries combined.

So how exactly are things going to work out with his new boss, the Donald, who said this in December: “We will stop racing to topple foreign regimes that we know nothing about,” after promising during the campaign to tear up the Iran nuke deal? Regime change or not for Iran? Trump is too ignorant, inexperienced and befuddled to resolve the contradictions oozing out of his mouth, so it’s probable he’ll just let his cabinet run the show, at least until he gets up to speed on how our gigantic Rube Goldberg machine of a government actually works. “If [Trump’s] professor is Trump himself, who doesn’t know anything, that’s one thing,” said David Rothkopf, editor of Foreign Policy magazine. “If it’s Michael Flynn, a deranged maniac, that’s something else.”