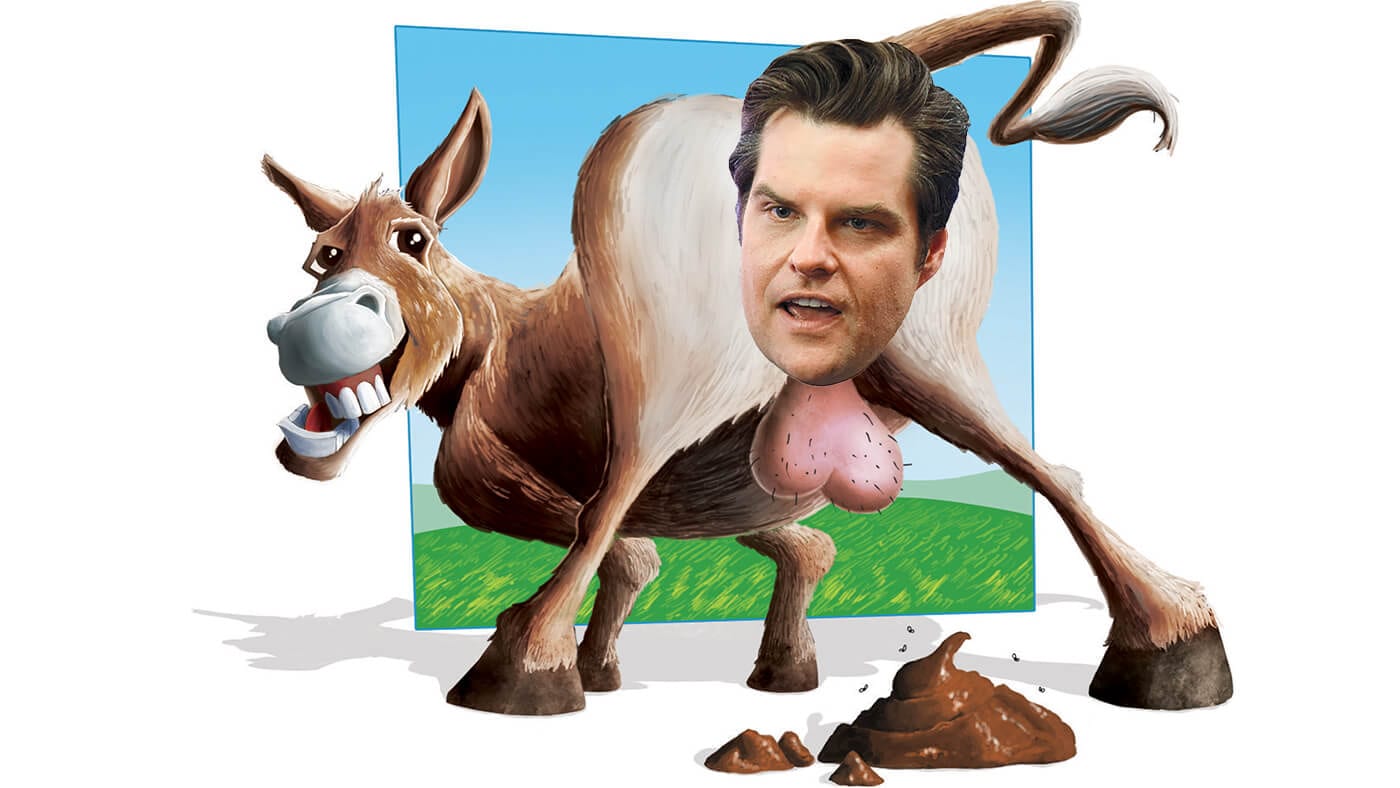 The state of Florida is famous for many things, but perhaps none so much as the “Florida man” meme: a chronic freak show of bizarre behavior unrivaled by any other place in the U.S. or even the world. It seems every week Florida headlines report insane news: a homeless man attacked by a face-eating cannibal; an individual charged with assault for tossing a live alligator through a Wendy’s drive-thru window; another arrested for practicing karate on swans in a park; gun owners who joined a Facebook group calling on residents to stop Hurricane Irma by shooting at it; Augustus Sol Invictus, neo-Nazi Republican candidate for the U.S. Senate, who once confessed to slaughtering a goat and drinking its blood; and on and on. Just business as usual in the Sunshine State.

At the top of the howler heap we find Representative Matt Gaetz from Florida’s 1st Congressional District, dominating headlines after allegedly having a sexual relationship with a 17-year-old girl and paying for her travel across state lines, a violation of federal sex trafficking laws. For a supposed arch-conservative representing the God-fearing, “family values” folk of Florida’s Western Panhandle, the recently engaged Gaetz behaves like a real horndog, prowling his home state and Washington, D.C., like a stud bull in heat. According to members of the Florida House legislature, Gaetz allegedly created a game, while he was serving a stint there, in which his fellow politicians earned points for banging married colleagues, aides, interns and lobbyists. Graduating to the big time in D.C., he reportedly tried to show photos of nude women he bragged about fucking to his fellow congressmen. Though none of this was illegal, the revelations must be disturbing for the Southern Baptists who form a core part of his constituency.

But not as disturbing as the more serious allegations. For these, Gaetz was allegedly a client—or cut-out client—of SeekingArrangement, a dating website devoted to hooking up hot young things with sugar daddies who could provide them with “the finer things in life.” The site now has over 10 million users, and certainly not all of them are engaged in covert prostitution, but there’s little doubt that many are, with “arrangements” something like this:

Suzy Q: “Gosh, my student loan debts are eating me alive. Whatever can I do?”

Find this article and more in HUSTLER July 2021