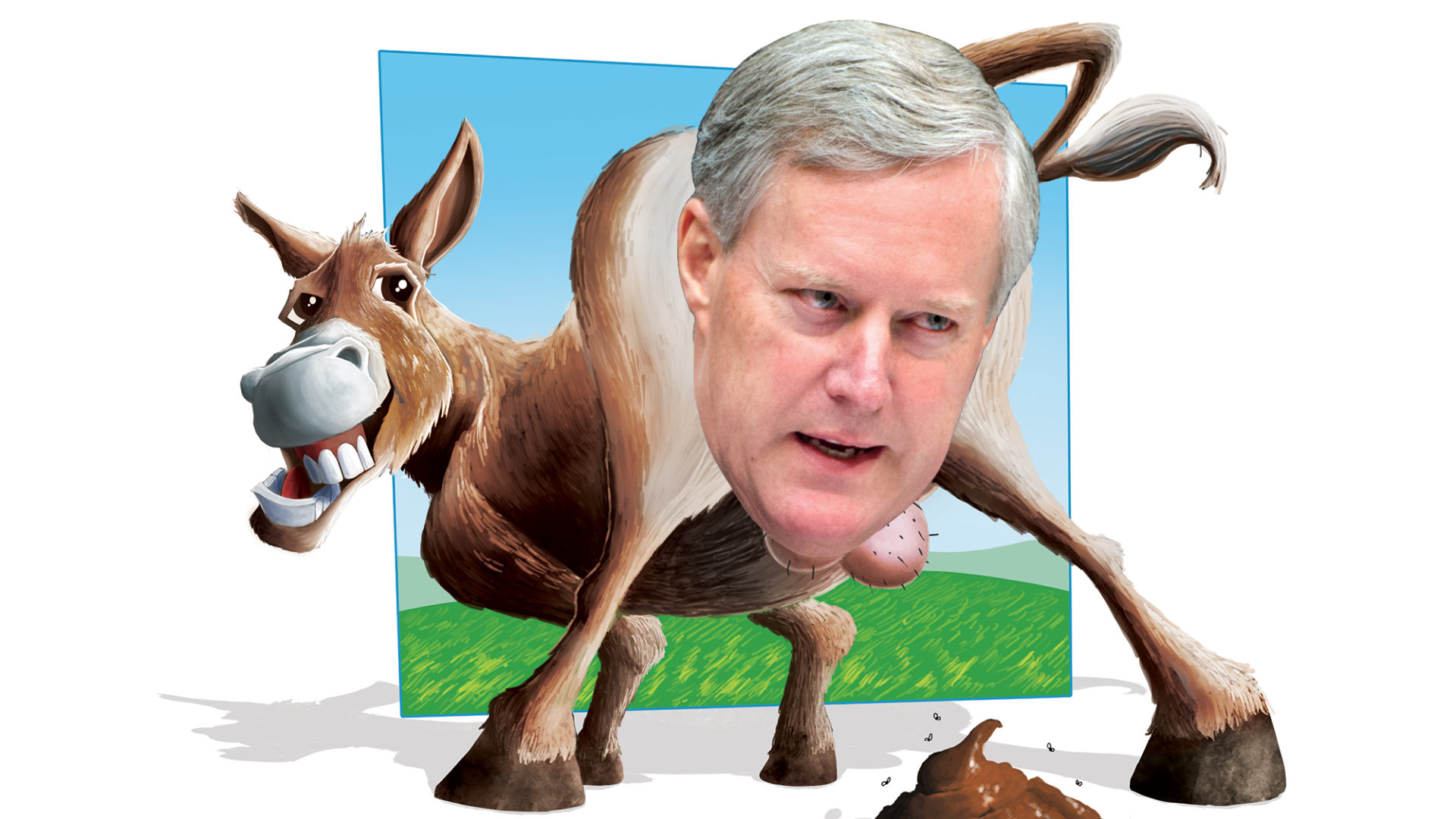 One of the Tea Party’s new young guns in Congress, Representative Mark Meadows— elected in 2012 from North Carolina—launched a radical insurgency against the Republican old guard last summer with a move to depose House Speaker John Boehner. Meadows and his fellow bomb throwers believed Boehner and the GOP leadership were just not conservative enough, too prone to compromise with Democrats—or with the will of Americans in general.

The young guns were elected to turn back the clock to those “happy days” when women had to get abortions from a back-alley quack with a coat hanger, millions of Americans had no life-saving health insurance, the filthy rich paid almost no taxes and God blessed America only because our Congress critters prayed daily—usually while fucking their secretaries.

Boehner did resign eventually. Then Meadows, and the so-called Freedom Caucus (Tea Party stalwarts) torpedoed Boehner’s replacement nominee, Kevin McCarthy, also for not being righteously backward enough. They want a champion who will somehow ramrod through an evangelical Christian version of Sharia law. Enter Paul Ryan.

“They’re not legislators; they’re just assholes,” said one senior GOP Congressional aide about the Freedom Caucus. “These guys have such a minority mind-set that the prospect of getting something done just scares them away, or pisses them off.”

Find this article and more in HUSTLER March 2016