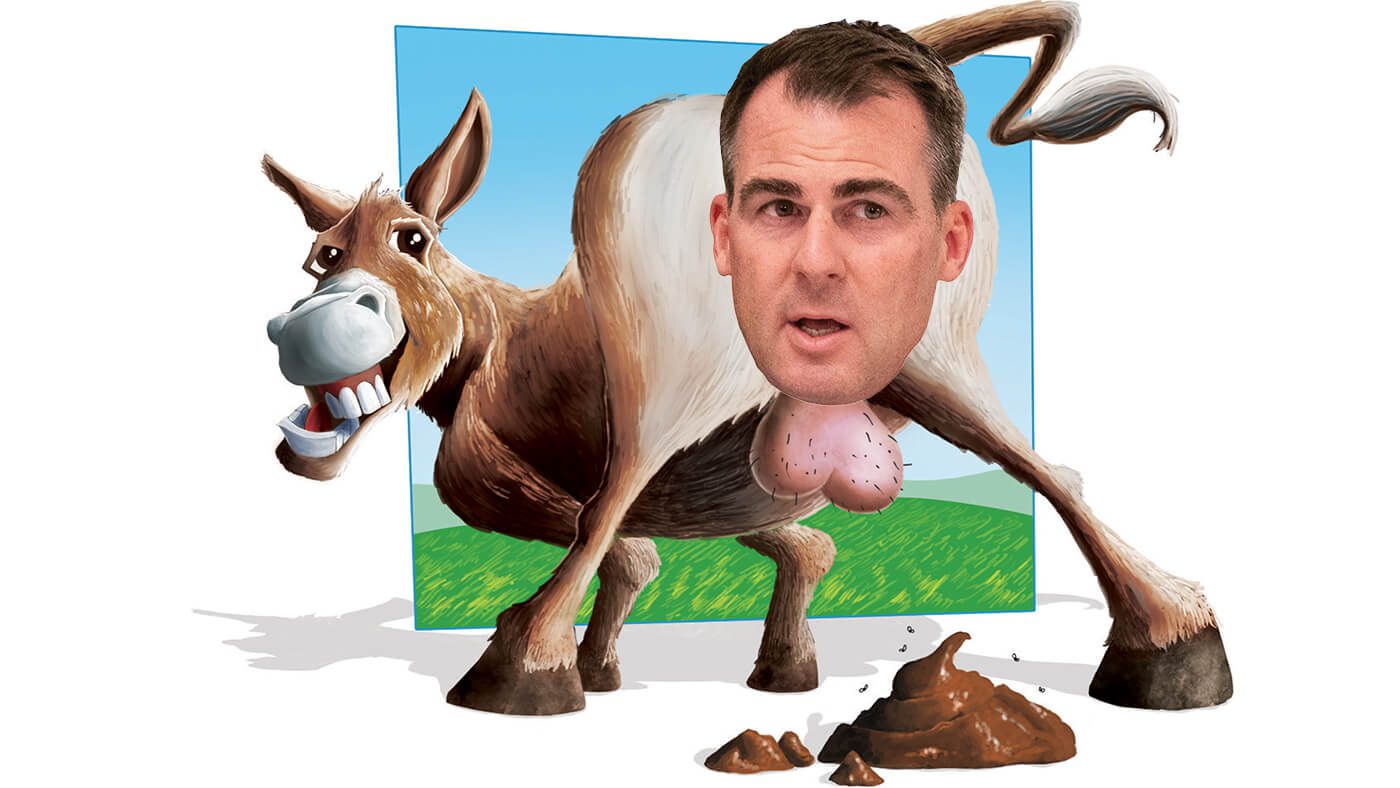 Oklahoma is the latest state reverting to the Dark Ages, when women had to use a coat hanger or seek a back-alley quack to get an abortion, thanks largely to Governor Kevin Stitt, another Bible-thumping Republican troglodyte. He signed off on the new bill that will charge any medical professional terminating a pregnancy at any stage with a felony punishable by up to ten years in prison and up to $100,000 in fines. The only exception is if the pregnancy endangers the mother’s life. Exceptions for incest or rape? None.

Stitt was elected to the governor’s mansion in 2018 after a career as founder and CEO of Gateway Mortgage Group, labeled in a 2009 Business Insider article as one of the 15 shadiest lenders in the federally backed mortgage industry whose shenanigans fueled the 2008 financial crisis. The Insider reported that Gateway tallied 98% more loan defaults than its peers; its license was revoked in Illinois in 2008 for alleged real estate and appraisal fraud; and the company was punished with a one-year probation and a $10,000 fine. An Oklahoma City News 9 segment revealed that in Georgia Gateway paid a $2,000 fine, and the company was banned from origination mortgages in the state (the ban was eventually overturned in 2017). But of course Kevin is a good Christian soldier! His father was pastor of the Christian Riverside Church in Norman, Oklahoma, and he has been fruitful and multiplied, with six children.

Kevin is the first state governor enrolled as a member of a Native American tribe—the Cherokee Nation. But after several public disputes with Oklahoma tribes over casino revenues, one Cherokee citizen launched a petition calling Stitt a “traitor” and seeking to revoke his citizenship as fraudulent. According to archived tribal documents from the early 1900s, the tribe once tried to remove Stitt’s great-grandfather, Francis M. Dawson, from the tribal rolls, alleging that Dawson had bribed a commission clerk around 1880 to list his family as Cherokee in order to acquire hundreds of acres of free land. According to High County News, a witness testified that Dawson presented only one person to verify his Cherokee blood, an Arkansas doctor of whom Dawson said, “…give him four drinks of Arkansas whiskey, and he would swear that black was white.” The federal government eventually overruled the Cherokee Nation on a technicality—the tribe had no legally binding policy for disenrollment—so Stitt’s potentially bogus claim to Cherokee heritage remains on the books.

Find this article and more in HUSTLER July 2022

Asshole of the Month: Kyrsten Sinema