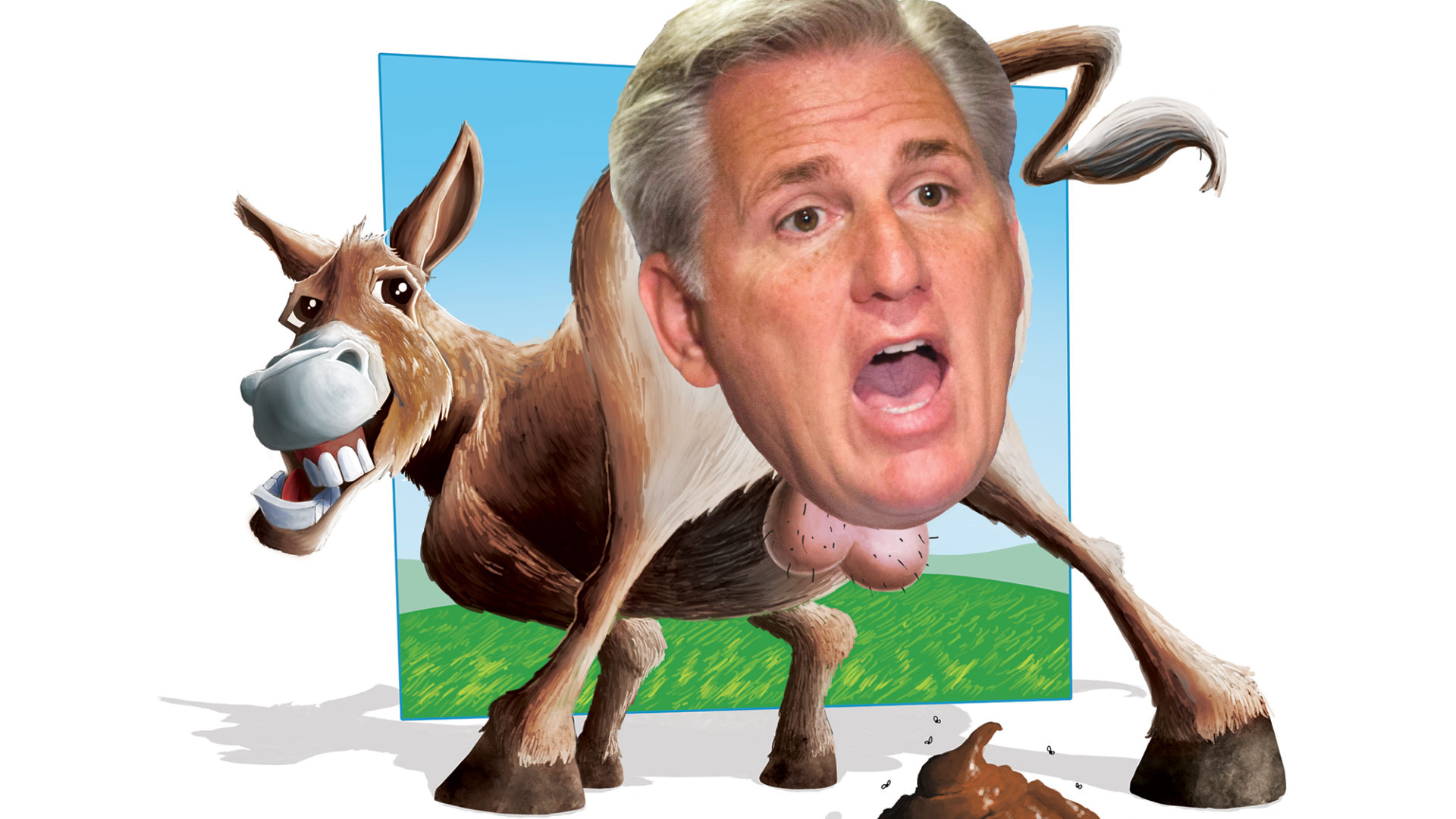 California is mostly a liberal, blue state, dotted with a few pockets of deep-red conservatism. One of them is the San Joaquin Valley, dubbed “way west Texas” for its rightwing politics. The district includes Bakersfield, known for its dominant oil industry and god-awful air quality, ranking third worst in the country for yearly particle pollution. This foul air and reeking politics spawned Republican congressman Kevin McCarthy—Trump’s leading hatchet man in Congress.

Unlike many other GOP leaders, who jumped on the Trump bandwagon only after he landed in the Oval Office, McCarthy was a codependent Asshole from the get-go: After the Access Hollywood tape scandal during the campaign, wherein Trump bragged about grabbing women’s pussies, many Republicans distanced themselves, but McCarthy bit his tongue and remained loyal. Ever since Trump has called him “my Kevin.”

And that he has been, voting to spearhead Trump’s idiotically regressive agenda 98.9% of the time. Rolling back Dodd-Frank regulations designed to prevent another Wall Street economic meltdown? Check. Voting against allowing veterans access to medical marijuana even when pot’s legal in their state? Check. Opposing putting DACA (Dreamers) protections into law? Check. Reauthorizing warrantless government spying as part of the Foreign Intelligence Surveillance Act? Check.

McCarthy was a leader in the House passage of the American Health Care Act (AHCA), the ill-conceived bill hatched to “repeal and replace” Obamacare. The Affordable Care Act was partly modeled after a Massachusetts law instituted by Republican governor Mitt Romney, following proposals by the conservative Heritage Foundation. Yet it’s now portrayed as some loony idea from the Left, because McCarthy and his fellow lobby whores are deep in the pockets of Big Pharma bloodsuckers. They do not give a flying fuck about improving a healthcare system ranked the most expensive—yet dead last in access, efficiency and outcomes—compared to 11 other industrialized nations, including Australia, Sweden, Canada and Germany.