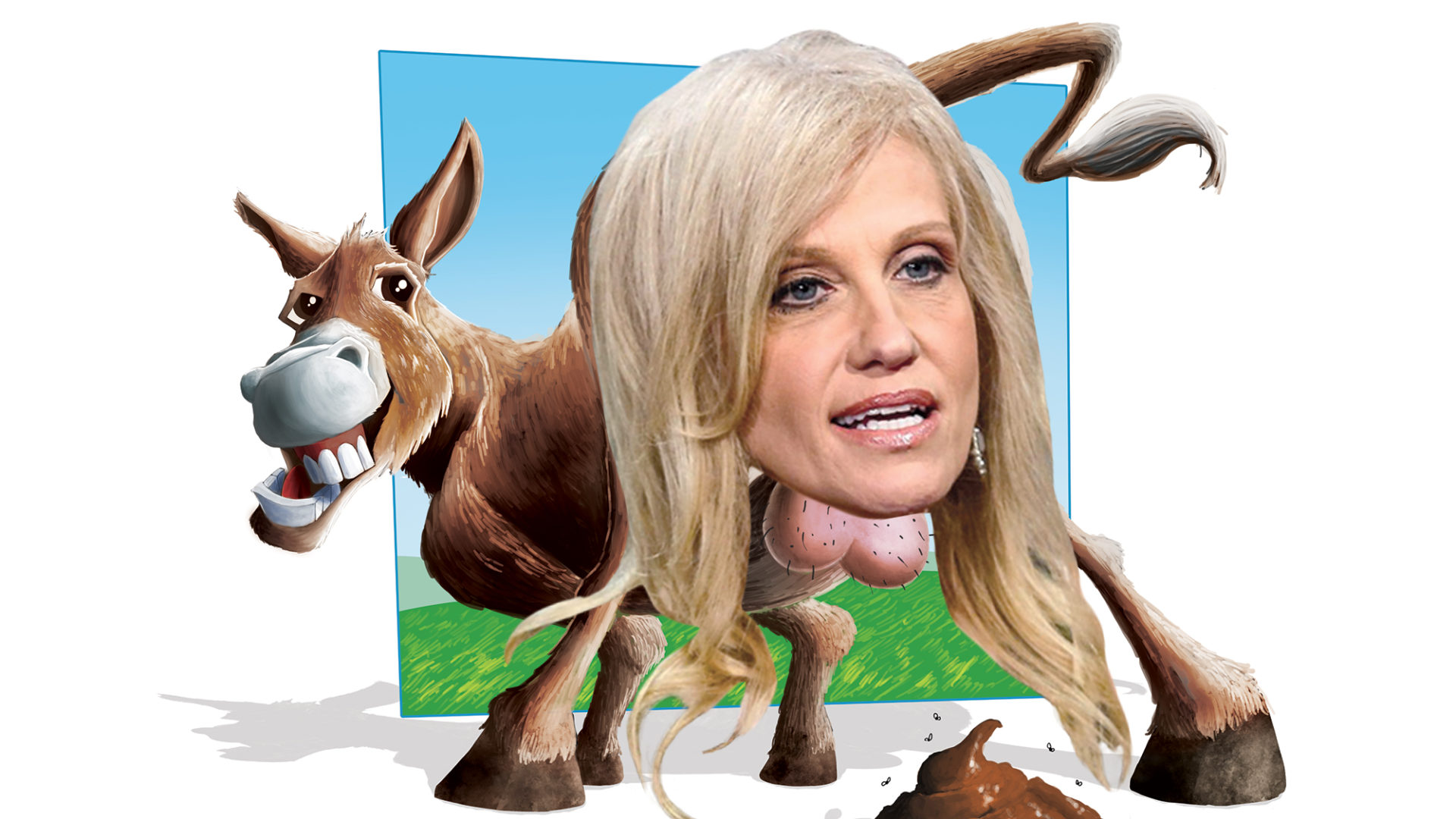 Donald Trump’s brief political life has turned as chaotic as his private life: married three times and now on his third honeymoon with a new campaign manager replacing Paul Manafort (a bagman for every corrupt foreign junta in the world), who replaced Corey Lewandowski, the bushleaguer in charge when Trump’s vanity campaign took off against all expectations—probably even his own.

With a chance of actually sleeping in the White House, Trump finally had to get serious and stop shooting off his big mouth. Hispanics, blacks and women compose a solid majority of the electorate, and they all despise the man. Among women Trump’s held a steady 65-70% disapproval rating, spelling almost certain doomsday on November 8th.

Enter miracle worker Kellyanne Conway from the GOP Blond Squad (along with Ann Coulter and Kayleigh McEnany), whose specialty is turning tricks for the worst Republican dicks. As CEO of The Polling Company, Inc./ WomanTrend, Conway has consulted, polled and managed campaigns for Dan Quayle, Newt Gingrich, Todd Akin, Mike Pence and Ted Cruz —mostly odious jackasses forever blathering about “family values” and the sanctity of marriage while fucking around like rabbits on Viagra, treating the women in their lives like shit as they try to legislate the nation back to the 19th century.

But listen up, Sisterhood, says Conway, you just have to ignore the warts and vote for these jerks because they espouse sacred Republican principles. Forgive them and turn the other cheek, like Stella slinking back to Stanley Kowalski for more habitual abuse.