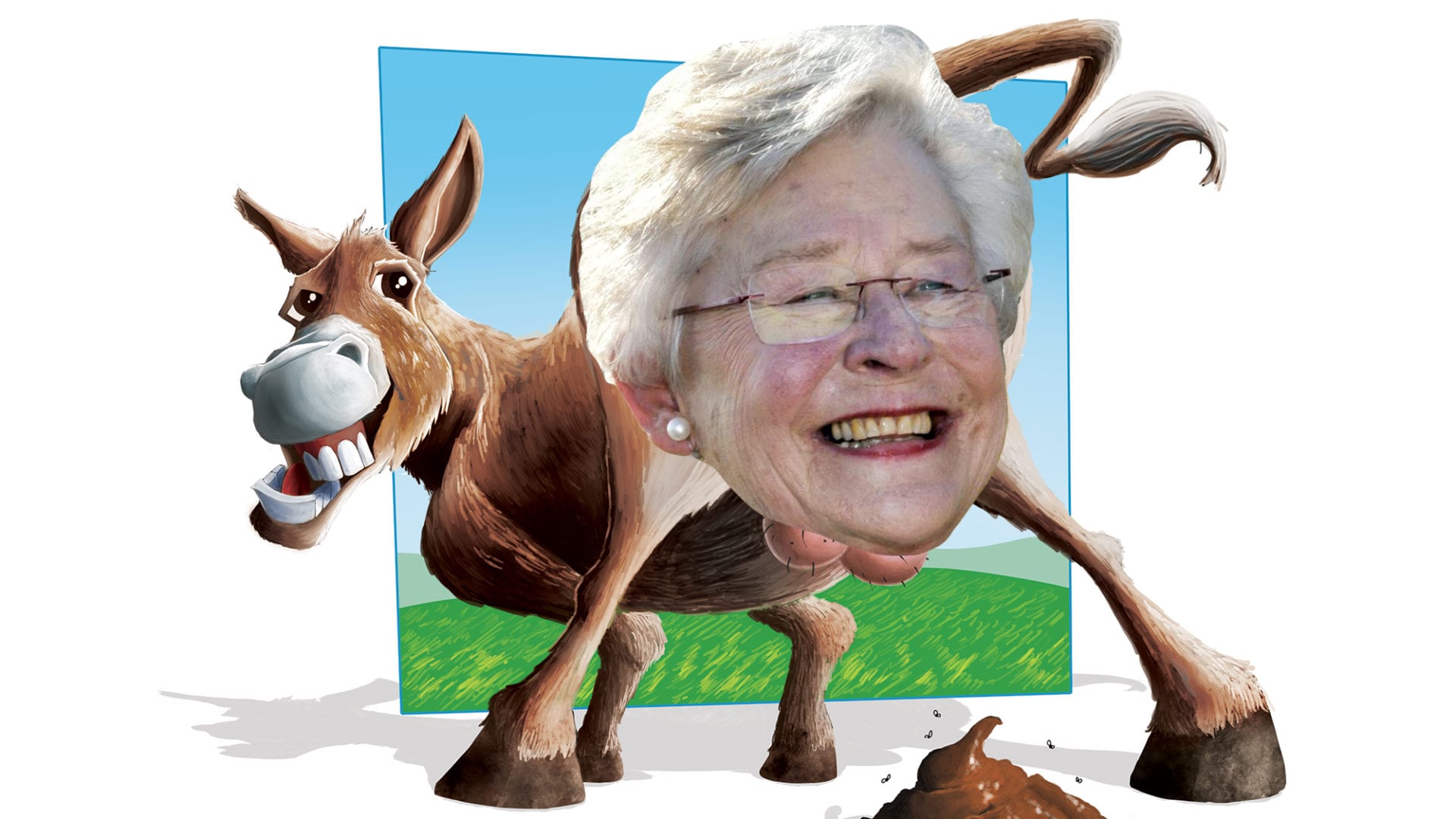 The possibility of traveling back in time has been a staple fantasy of science fiction from H.G. Wells’ novel The Time Machine to the film Back to the Future. It’s more than a fantasy, however, and you don’t need some quantum physics gizmo to do it. Just move to Alabama.

The state that gave us George Wallace, with his infamous call for “segregation now, segregation tomorrow, segregation forever,” and Bull Connor, who used police dogs and fire hoses to quell civil rights protests in the ’60s, is back at it again. Now you can enjoy life in Alabama as it was in the “good ole days,” before the Supreme Court’s 1973 Roe v. Wade decision granted women the right to abort a pregnancy. In May of this year the Cotton State’s legislature passed the most restrictive anti-abortion law in the United States, signed and validated by Republican governor Kay Ivey.

The law makes it a felony offense for any doctor to perform an abortion at any time—even shortly after conception—with a penalty of up to 99 years in prison. According to the ignoramus president of the Alabama Pro-Life Coalition, Eric Johnston, who helped draft the bill, “a man and woman can have sex and you can take her straight into a clinic and determine an egg and sperm came together.” In other words, once a man has ejaculated into a woman, a baby is miraculously conceived! Total bullshit. Even the most sensitive tests available today cannot detect an embryo until about one week after fertilization. New York Times journalist Lauren Kelley skewered this dumbass: “Maybe not everyone learns the mechanics of early pregnancy in ninth-grade biology class. But it’s reasonable to expect that someone trying to legislate what pregnant people can do with their bodies would have a better grasp on the matter.” Well, not if you believe that the Holy Bible trumps everything discovered by modern science in the last 500 years. Side note: Alabama currently ranks dead last in education in America, according to U.S. News & World Report.

The only exceptions to the Alabama law are if pregnancy endangers the life of the mother or if there is a lethal fetal anomaly. But no exceptions are made for rape or incest. Imagine that; or rather don’t imagine it, which is exactly what Ivey and her all-male tribe of Bible-thumping bumpkins in the Alabama Senate didn’t do. So we’ll do it for them: Your snaggle-toothed Uncle Festus from Deliverance country ventures to the big city, Tuscaloosa, for a family visit. While you and the wife are out at the Piggly Wiggly for groceries, Festus knocks up your 13-year-old daughter. Or she’s abducted and raped by a pedophile.