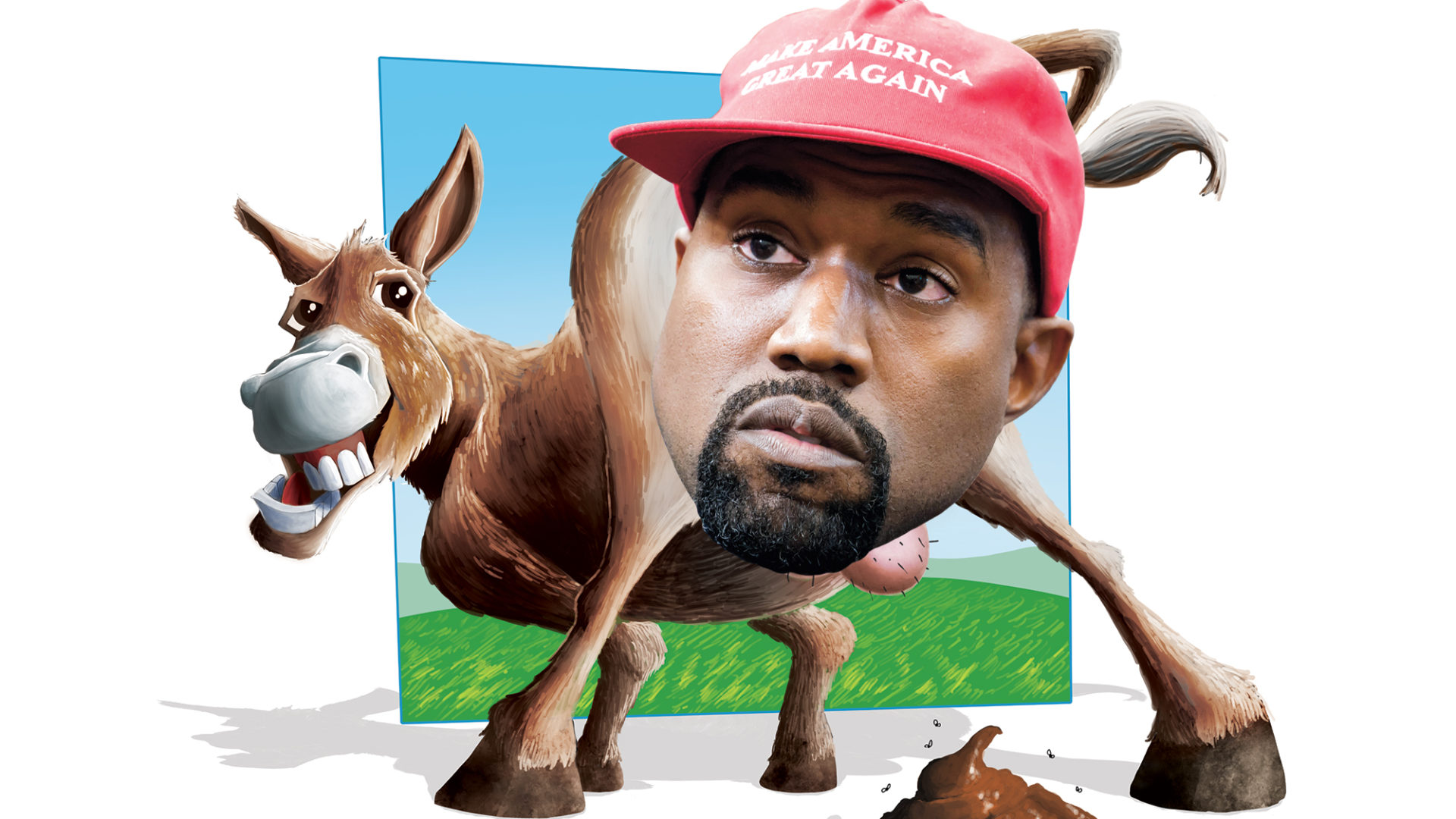 Repeated failure can drive a person mad, but an excess of success can do the same. Soar too far above the humble crowd, and you risk losing touch with reality. Sadly, such is the case with Kanye West as, over this past year, he’s morphed into a crazed, gungho supporter of Donald Trump.

For those not well attuned to pop music in general and rap in particular, West has been hailed as a genius of the genre, from his early days as a producer for other artists to his incarnation as a performer in his own right in 2002. In October of that year he fell asleep at the wheel while driving one night, crashing head-on into another car. Incredibly, he recorded his first solo song soon thereafter, with his wrecked jaw wired shut.

That fateful accident was followed by a steady succession of innovative work as a headline artist, producer and fashion entrepreneur. He’s on top of the world now: married to celebrity bimbo Kim Kardashian and involved in a dizzying array of lucrative gigs and deals. He talks up plans of building a flying car, a hydrogen-powered airplane to replace Air Force One and even starting his own architecture firm. So we could see Kanye Towers soon—or, God forbid, Trump-Kanye Towers, if his new love affair with the President holds. And why shouldn’t it? It’s a bromance of the corrupted American Dream—two clueless hustlers build a name brand and make a fortune, leading to the great American Delusion: He’s rich, so he must be a genius.

If Trump has an ego the size of a room, Kanye’s bloated sense of self-importance could fill a skyscraper. He cannot tolerate being dissed with anything but first place in music award ceremonies. He stormed out of the 2004 American Music Awards auditorium in a crybaby huff because he was not chosen as Best New Artist. “I felt like I was definitely robbed…. I was the best new artist this year,” he whined afterward.