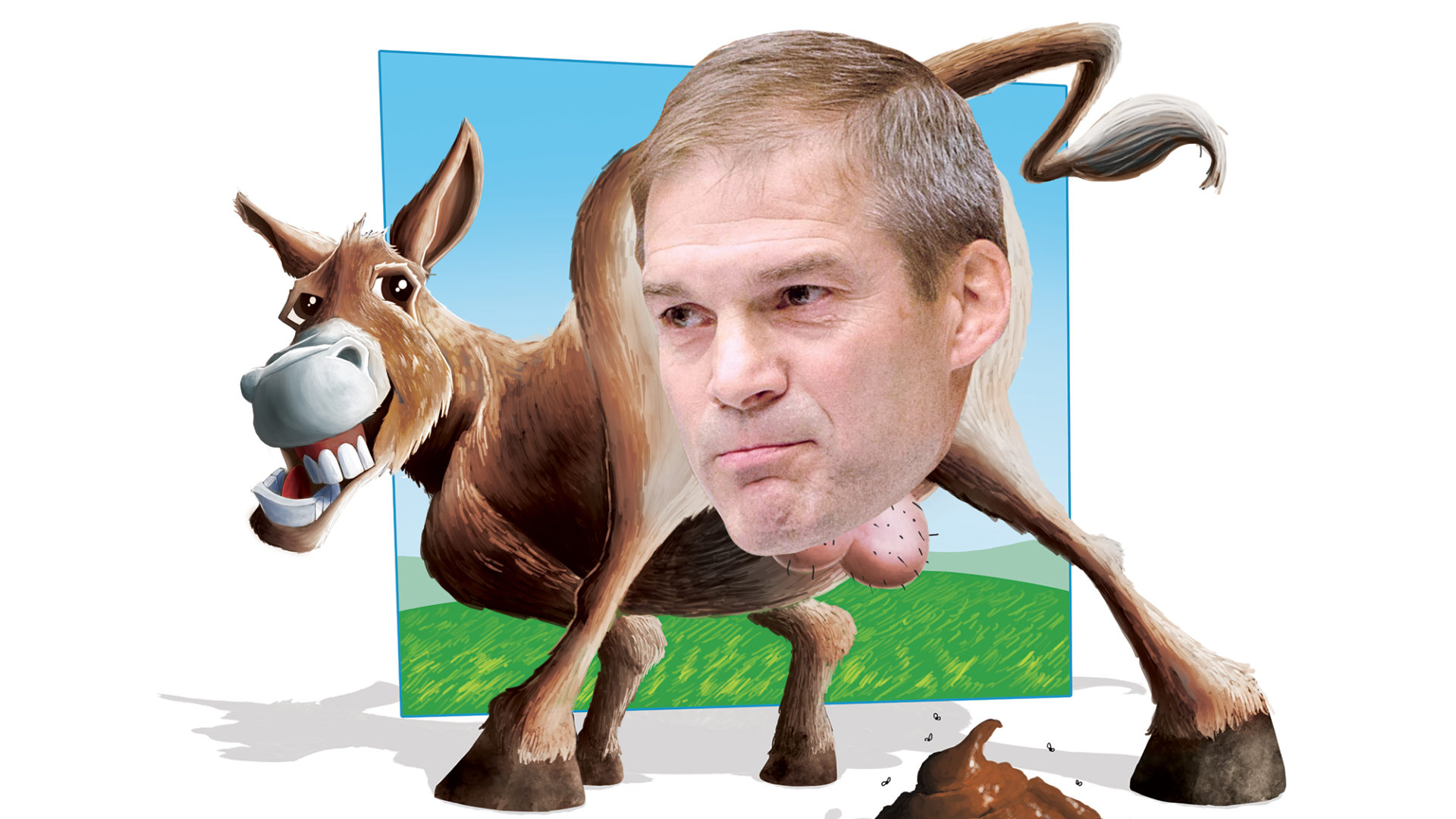 Representative Jim Jordan from Ohio may be the most extreme, far-right legislator in all of Congress, earning a perfect score from the American Conservative Union.

What did he have to do to earn this dubious honor? First, he corraled 78 freshmen radicals into a posse called the Republican Study Committee andwent headhunting for heretics who didn’t buy into a fringe-right agenda, including the more sane members of his own party. The first trophy on Commander Jordan’s wall was the shrunken head of his fellow Republican from Ohio, former speaker John Boehner, who successfully negotiated a favorable deal with Obama and the Democrats during the 2011 debt-ceiling crisis. Boehner had extracted huge concessions from Obama—severe spending cuts and only modest tax increases. But Jordan and his fundamentalist posse rebelled, forcing through a no-tax-increase, cuts-only program that resulted in the notorious sequester: automatic cuts across the board— everything from arts funding to the sacred cow of defense—if no budget deal could be reached.

After gerrymandering districts to rig permanent control of the House, in the 2012 election Republicans garnered 1.36 million fewer votes than Democrats, but kept a 33-seat majority. Together with radicals in the Senate led by Ted Cruz, Jordan initiated a shutdown of the government in order to defund Obamacare. This hijacking resulted in thousands of federal employees being furloughed, including crucial Federal Aviation Administration workers, causing long flight delays. Fifty-seven thousand low-income pre-schoolers were kicked out of Head Start; cancer patients were denied chemotherapy; domestic violence victims were turned away from crisis centers; public schools increased class sizes, fired staff, and some even closed. Opposed even by the Chamber of Commerce, the shutdown ended after 16 days, costing the economy $24 billion, while jackass Jordan and his fundamentalist yahoos danced jigs of joy, cynically blaming Obama for the mess they created.

Americans have short memories, and many conveniently forget the following facts: By the time Bill Clinton left office, the annual deficit had stabilized, and we’d actually produced a surplus for the first time in decades. If this trend had continued, the national debt would be on a steady downward slope by now. But then George Bush the Younger and Dumber was shoehorned into office. He enacted huge tax cuts for the wealthy and launched a war in the Middle East, and that’s when Clinton’s flatlining national debt suddenly exploded into orbit. It has continued to rise under Obama, because Jordan and his uncompromising radicals refuse to repeal the devastating Bush cuts while extending endless blank checks to the military-industrial complex, even for things the Pentagon rejects as completely unnecessary!