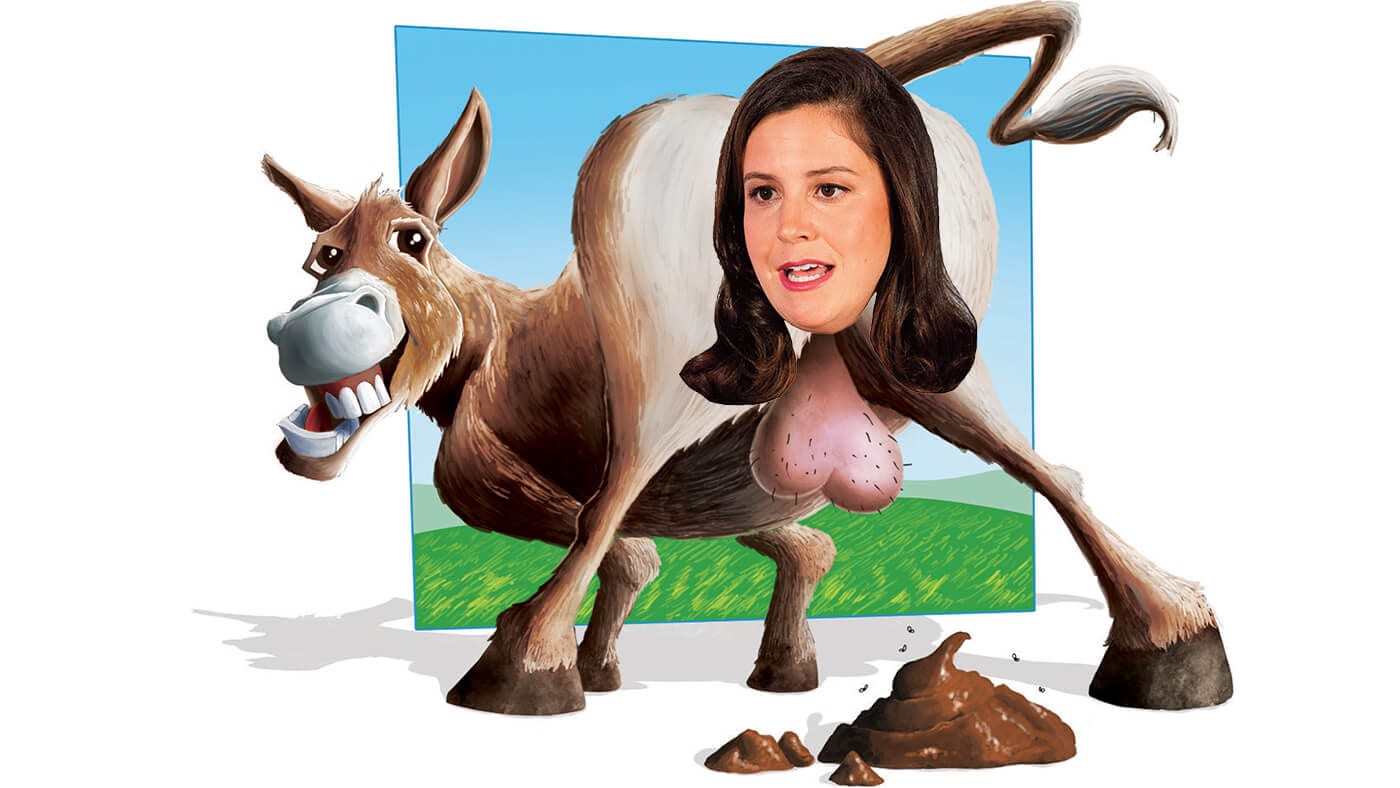 Now that we’ve been spared Donald Trump’s daily dose of illiterate bullshit for months—Twitter and Facebook have continued his suspension indefinitely—a lot of people think the nightmare is fully over. Not quite so fast. Like a resurrecting monster in a horror movie, Trump is clawing out of his electoral grave and terrorizing the nation with his brigades of zombified loyalists, who simply can’t face the reality of their leader’s defeat in 2020. His cult has corrupted so many people, including once sane, moderate Republicans who despised him before he took over the party like a huge, gluttonous parasite.

One such victim is the GOP representative from New York’s 21st congressional district, Elise Stefanik, who was the youngest woman (30) ever elected to Congress in 2014. New York Republicans are not like the cowboy and Klan species in the West and South; in a predominantly liberal state, they’re more adapted to cooperating with Democrats to solve the nation’s problems—in contrast to hyperpartisan zealots like Ted Cruz and Mitch McConnell. Stefanik used to be one of these responsible Republicans; she was rated the 19th most bipartisan House rep in the last Congress by the Lugar Center. She joined a few other Republicans in voting against Trump’s massive tax-cut giveaway to the rich in 2017 and even criticized him for bailing out of the Paris climate accord.

But then she too got drunk on the Trump Kool-Aid and flipped off the deep end. It started when she took a lead role defending Trump in both impeachment proceedings, while a few brave and principled Republicans supported ousting him. After Trump’s acquittal in the first trial, he praised Elise with his usual tortured, kindergarten English: “I thought, She looks good; she looks like good talent. But I did not realize, when she opens that mouth, you were killing them, Elise. I’ll always be your friend. What a great future you have.” Leave it to Trump to deliver a stupid, patronizing, sexist compliment: Wow, she’s hot-looking—and her mouth and brain work too!