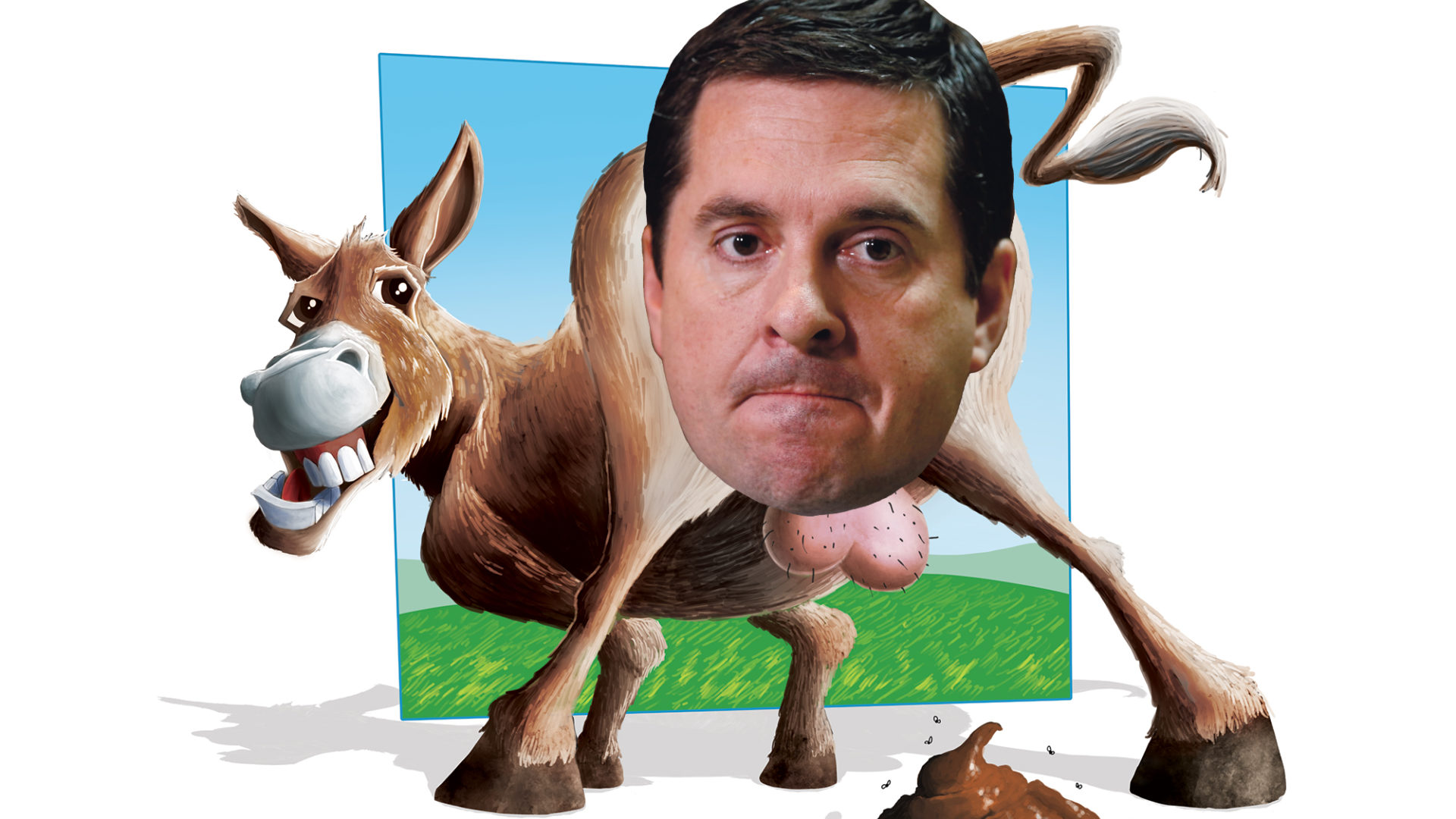 Back when the Cold War was really hot, the West was rocked with the biggest spy scandal of all time: the infamous Cambridge Five brouhaha. No less than five top honchos in MI6 (the Brits’ CIA) turned out to be Soviet double agents who had fed the Kremlin sensitive intelligence secrets for decades. Kim Philby and four others had secretly converted to communism back in their college days at Cam – bridge, but their upper-crust connections insulated them from suspicion. Most of them made a break for Moscow before they were outed.

In 2017 there’s another slippery mole buried in the upper echelons of Washington, D.C., only this time he’s not working for the Russians (well, at least not directly). He’s no less than the chairman of the House Intelligence Committee, Republican Representative Devin Nunes from California.

The House Intelligence Committee has been investigating Trump’s shadowy and complicated ties with Russia, as well as the ways Russian agents may have manipulated the election to put the orangutan of real estate over the top. But Chairman Nunes is hell-bent on sabotaging that mission, even if it takes Jason Bourne tactics to do it.

Here’s how the new spy saga unfolded: Last March FBI Director James Comey made a stunning announcement—the Bureau was actively investigating Trump associates for possible collusion with Moscow. He didn’t name which Trump aides were under suspicion, but he gave both Nunes and his Democratic colleague on the committee, Adam Schiff, a classified briefing containing evidence that Schiff described as “not purely circumstantial.” In other words, some hard evidence that Trump henchmen were a little too chummy with the Russians who had interfered in the U.S. election.