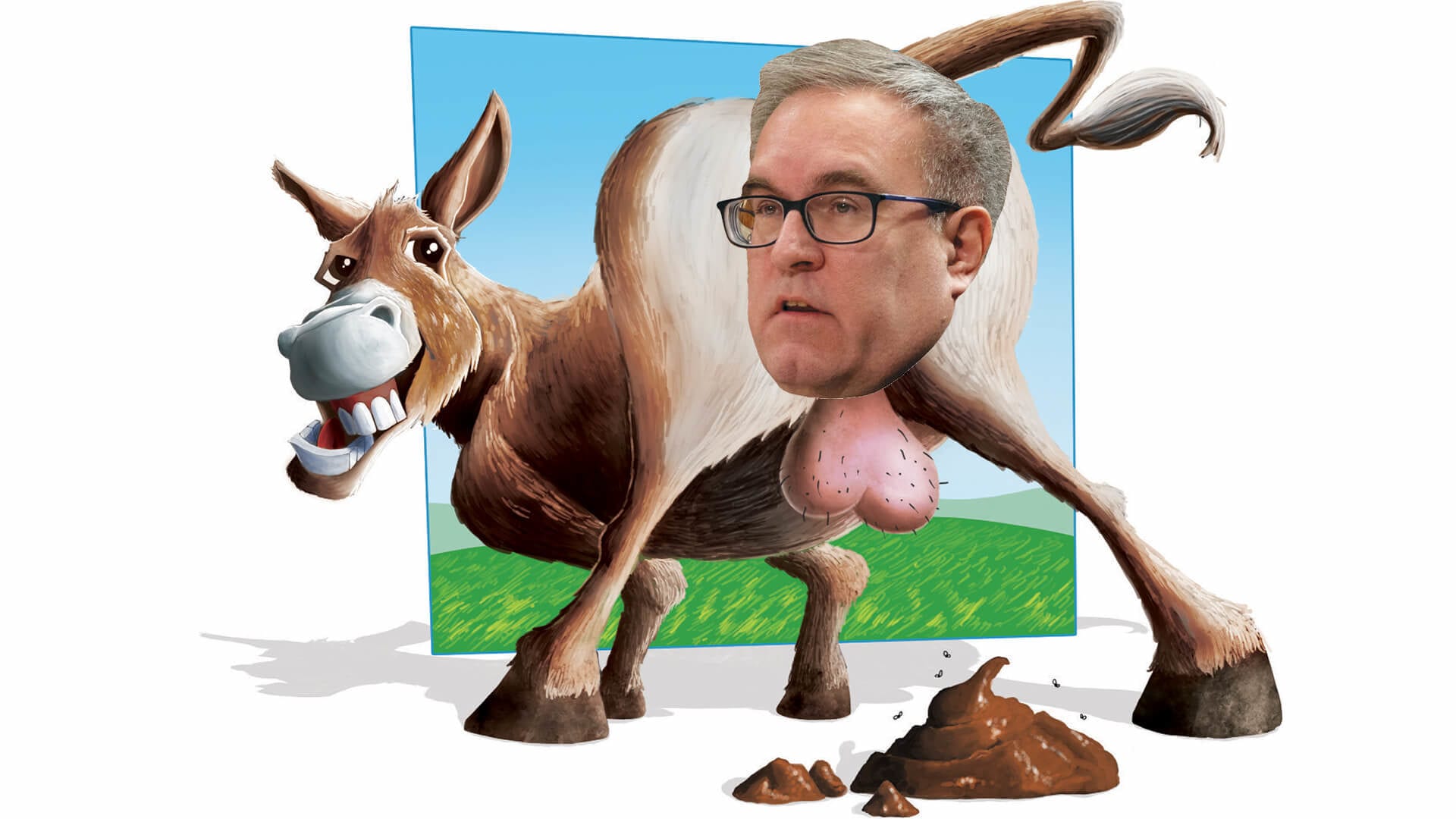 Fans of Trump’s musical-chairs circus over the last four years may remember Scott Pruitt, former head of the Environmental Protection Agency (EPA), as one of the most entertainingly corrupt clowns of all time. Pruitt spent $43,000 in taxpayer money to install a soundproof phone booth in his EPA office, had a 24/7 security detail following him everywhere, spent $120,000 on opposition research against his critics, and billed taxpayers for luxury travel trips and dinners at five-star restaurants. Why was he more paranoid than a CIA station chief in Beirut? Because what he was doing was so outrageous—gutting every environmental protection rule he could lay his hands on—the SOB no doubt feared retribution from irate citizens. He was an obvious stooge of Big Oil and other corporate polluters and such a colossal spender of taxpayer money that Trump was finally forced to dump him.

Now there’s a new fox guarding the henhouse: Andrew Wheeler, who served as Pruitt’s deputy and then acting administrator until Trump appointed him to the top spot at the EPA. His job is to be a bit more subtle and deceptive while poaching the hens, and he’s got the perfect resumé for the con job. As Bob Deans of the Natural Resources Defense Council put it, “Going from a train wreck to a house on fire doesn’t give us comfort.”

Before landing at the EPA, Wheeler was an attorney and lobbyist for the Faegre Baker Daniels law firm, representing the notorious coal baron, Robert Murray. His company, Murray Energy, was cited for 64 safety violations before its Crandall Canyon mine in Utah collapsed, killing six miners and three rescue workers in 2007. Murray tried to blame it on an earthquake, but seismologists and investigators proved it was caused by faulty mine construction and operation. During the whole ordeal, Murray was a flaming asshole, often screaming at the trapped miners’ families, even causing their children to burst into tears. He was eventually fined $1.85 million for the collapse—the highest fine ever for a coal mine—but continued blaming God, nature, unions and everybody but himself for the loss of life. This is the bastard Donald Trump affectionately calls his coal “guy.”

Andrew Wheeler was Murray’s consiglieri, earning over $3 million from 2009 to 2017. In that role, he lobbied to decimate Obama’s regulations to limit carbon emissions by power plants and encouraged the Energy Department to subsidize Murray’s coal plants, the dirtiest fuel source of all. Long before this, Wheeler served for two years as chief counsel to Senator Jim Inhofe, the leading climate change denier in the U.S. Congress, who famously made a speech on the Senate floor holding a snowball to demonstrate that global warming was a hoax—about as idiotic as holding up a jar of California rainwater to prove that there’s no chronic drought in the Western states. In his confirmation hearings for deputy director of the EPA, Wheeler was asked if he accepted the scientific consensus about man-made climate change. He answered, “I believe that man has an impact on the climate, but what’s not completely understood is what the impact is.” Well, all the scientists are pretty damn sure the impact is not global cooling, Andy, because 2010 to 2019 was the hottest decade ever recorded, according to NASA and the NOAA (National Oceanic and Atmospheric Administration)—a trend that has continued nonstop since the Industrial Revolution.