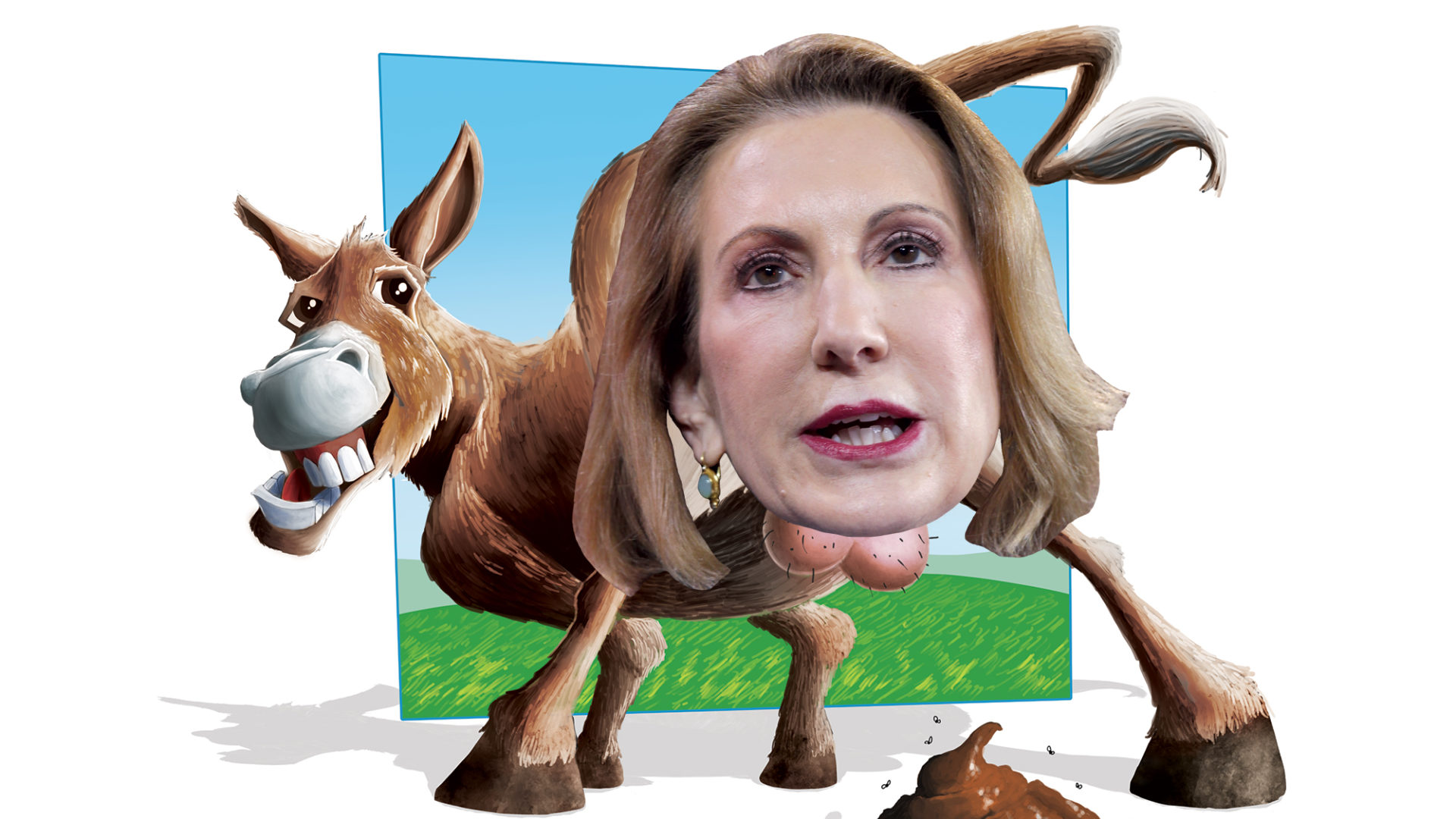 Carly Fiorina won the “junior varsity” round of the first Republican Presidential debate on August 6, 2015, and was hailed by some pundits and right-wing activists as the GOP’s antidote to Hillary Clinton. They all praised her poise and elocution, which amounts to so much lipstick on a pig, because gnarly Carly embodies the supposed kinder, gentler spirit of women about as well as Nurse Ratched in One Flew Over the Cuckoo’s Nest.

Some Republicans apparently think two tits and a Prada dress can narrow the gender gap in Presidential elections (since 1980, a majority of women have voted Democratic), but they’ll need a shitload of makeup to hide Fiorina’s revolting warts and blemishes:

She wants to overturn Roe v. Wade, except in cases of rape, incest or when pregnancy endangers the mother’s life, and she opposes paid maternity leave. Out of 185 countries with a known policy, only two do not require some kind of financial benefits for maternity leave: the USA and our close cultural cousin—Papua New Guinea. Hell, even Afghanistan, thoroughly Muslim and the tenth-poorest nation on Earth, mandates 13 weeks of maternity leave with 100% of a woman’s earnings covered. But this kind of “pro-life” policy—nurturing children in the most vulnerable period of their lives—is just too much of a burden for the wealthiest nation in the world!

Absurdly, she has claimed that the Supreme Court decision allowing employers to deny insurance coverage for birth control does not negatively affect women—no, not the ones in her seven-figure income bracket. But dissenting Justice Ruth Bader Ginsburg noted that “the cost of an IUD is nearly equivalent to a month’s full-time pay for workers earning the minimum wage.” Just forget your rent, utilities and groceries for a month if you don’t want to get knocked up in Carly’s America!

Find this article and more in HUSTLER January 2016