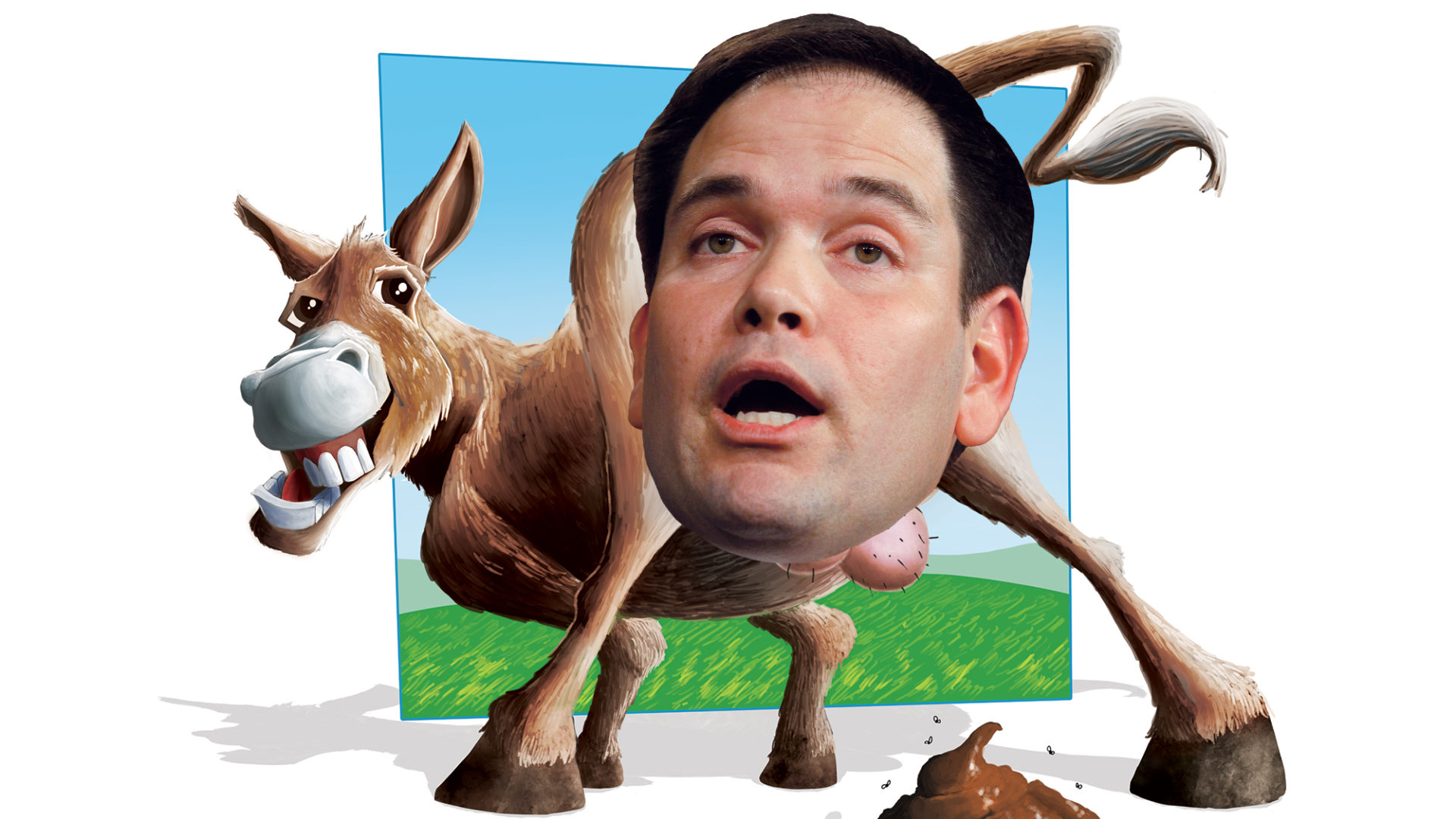 Marco Rubio is a fresh new face in the Republican Presidential sweepstakes, but despite the good looks and charming articulation—a Ricky Ricardo look-alike carefully tailored to siphon the Hispanic vote away from Democrats—he’s afflicted with the same debilitating political Alzheimer’s that plagues the rest of the pack.

After five years in the U.S. Senate, Rubio was recently outed for mis-remembering—or lying—on his resumé, long asserting that he was the son of heroic Cuban exiles fleeing the Communist revolution. But his parents actually landed on these shores in 1956, three years before Castro took power. “I’m going off the oral history of my family,” he tried to explain. “All of these documents are not things that I carried around with me.”

As one online commentator stated, “Any self-respecting cubano sure as hell knows when his or her family arrived in the U.S. Heck, most can tell you the exact day.” Three days, three weeks or three months off maybe—but three fucking years?

Like most con artists wrapped in the flag, Rubio plays fast and loose with facts, or just blissfully ignores the ones that disturb his ignorant, faithbased mantras. In a GQ interview, he was asked, “How old do you think the Earth is?” And he responded, “I’m not a scientist, man….I don’t think I’m qualified to answer a question like that…. Whether the Earth was created in seven days, or seven actual eras….It’s one of the great mysteries.”

Find this article and more in HUSTLER December 2015