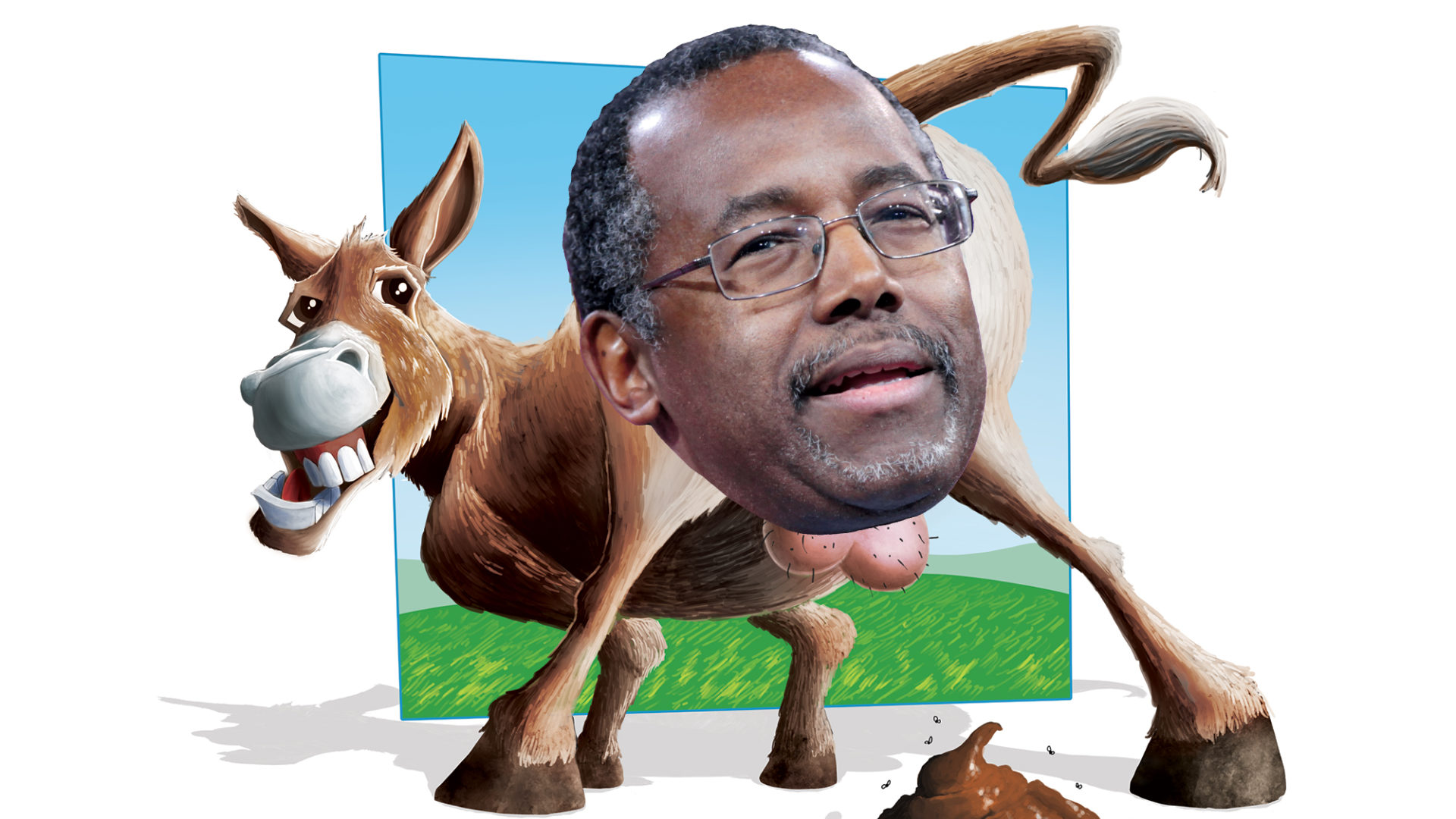 By popular acclaim of the Tea Party and the evangelical ding-dong wing of the Republican Party, Dr. Ben Carson has been drafted to run for President. No doubt he’s a smart and talented man: former head of pediatric surgery at Johns Hopkins Hospital, the first surgeon to separate conjoined twins attached at the head, author of six books. More recently, however, he’s been just another anus spouting right-wing platitudes on Fox News.

If we were to probe into Carson’s brain, it would no doubt require a colonoscope as his cranium seems to be constipated with a backflow of fetid fecal matter. How else to explain some of the most asinine statements ever uttered in the public arena?

Such as: “Obamacare…is the worst thing that has happened in this nation since slavery.” How the hell does that compute? Since the Affordable Care Act became law in 2010, the number of American adults without health insurance has fallen by 16.4 million while the subsidies have cost $209 billion less than projected. But, yes, the black slaves on our antebellum plantations did enjoy free health care—usually a poultice of chicken fat and herbs applied after a bullwhip lashing or branding.