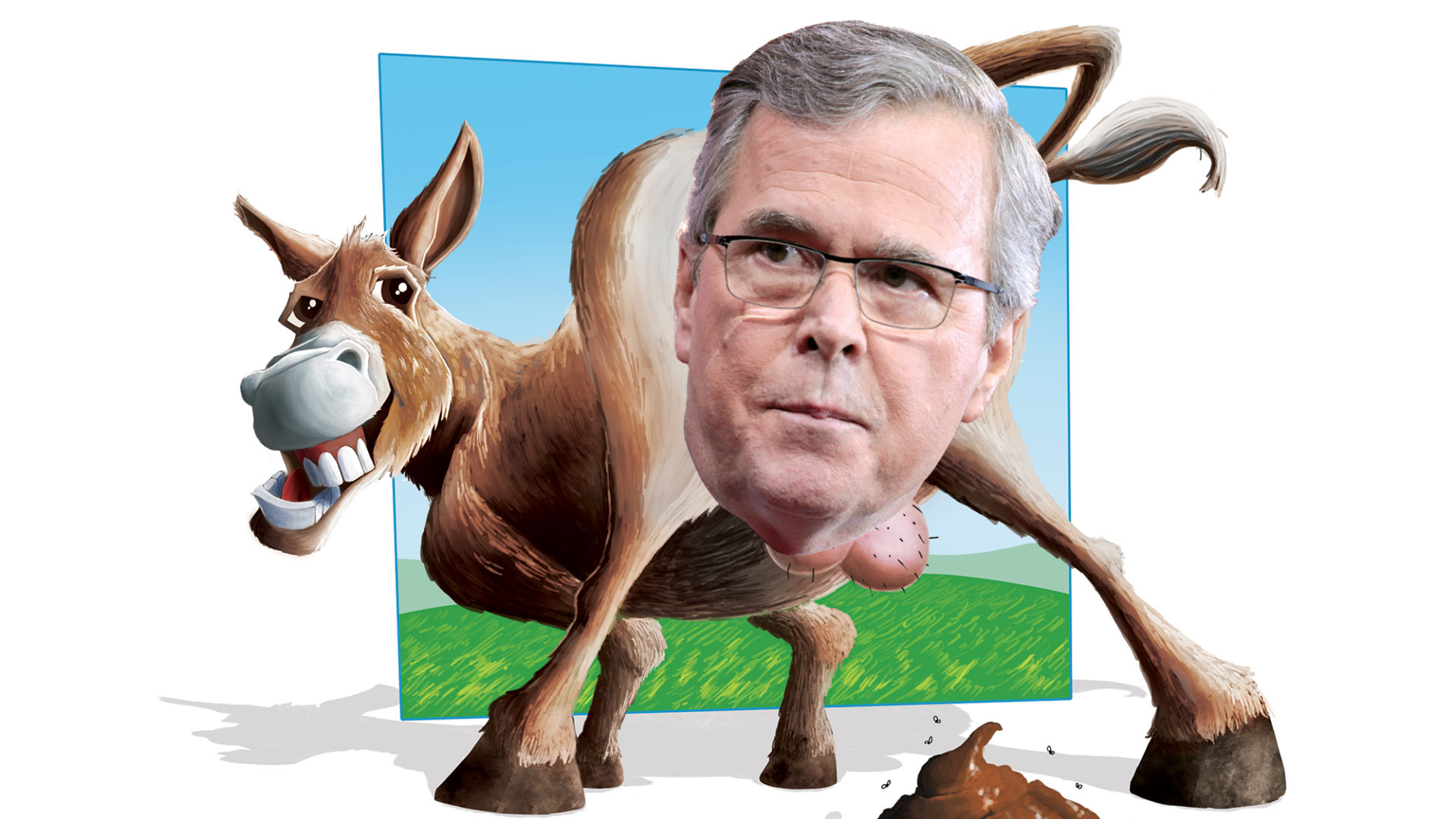 After the embarrassing debacle of George W. Bush’s presidency, you’d think the Republican Party would be wary of offering up one of his siblings for another stint in the White House. But the Bush pedigree is ever popular in conservative circles, guaranteed to haul in record boatloads of campaign cash from the oligarchs who virtually own the GOP nominating process.

Jeb is supposedly smarter than his bumbling brother Dubya, but then so is 99% of the human race, along with a few chimpanzees and parrots. Whatever his IQ, Jeb is a made member of the Bush crime family and exemplar of its signature traits: rank hypocrisy, shady business dealings, zero accountability and the compassion of a Barbary pirate.

As part of the 1980s savings and loan scandal, Jeb defaulted on a $4.56 million loan from Broward Federal Savings in Florida, forcing regulators to close the S&L and taxpayers to cover $4 million in bailout money. Later, as governor of Florida, he continued to invest the state’s public pension fund in Enron stock, even after the SEC announced in 2001 that the sinking ship was under investigation for accounting fraud. The pension fund lost $335 million, because Jeb was more interested in bailing out brother George’s number-one campaign contributor.

In 1985 Jeb interceded with federal officials on behalf of Miguel Recarey Jr., owner of an HMO who fled the country after being charged with the nation’s costliest Medicare scam. Recarey had given Jeb $75,000 for a “business deal” that never happened. But commit some petty offense without a five-figure bribe to Jeb, and suddenly it’s “get tough” time: He was elected Florida governor in 1999 largely on his advocacy for the infamous 10-20-LIFE law that has resulted in some of the most grotesque travesties of justice in American history:

Find this article and more in HUSTLER October 2015