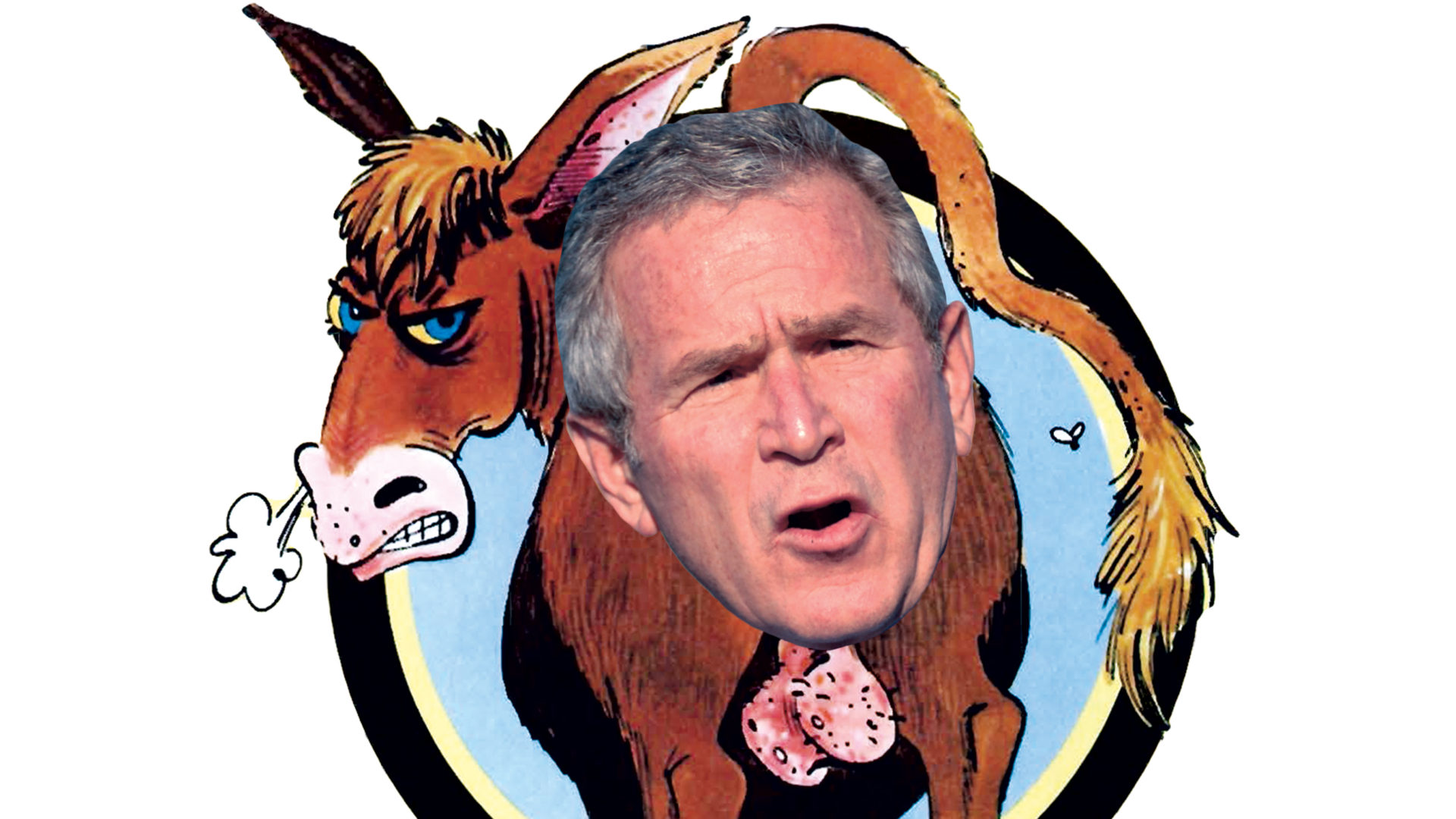 As democracy is perfected, the office of President represents, more and more closely, the inner soul of the people. On some great and glorious day the plain folks of the land will reach their heart’s desire at last and the White House will be adorned by a downright moron,” wrote H.L. Mencken, the Sage of Baltimore, in 1920.

Eighty years later Mencken was proven right—George W. Bush, a downright moron, was seated in the Oval Office. Of course this ignorant, inarticulate, drunken coward did not actually win the 2000 election. His daddy’s pals and a cabal of berserk warlords had to shoehorn him in. Still, the cheating Skull and Bones Bubble Boy promptly acted like he had a legitimate mandate to swerve the nation far right, following in the footsteps of his fascist-minded progenitors. Jim Hightower nailed it: “Born on third and thinks he hit a triple.”

Grandfather Prescott Bush was a leader in the attempted fascist military coup against President Franklin Roosevelt, and in 1942 Prescott’s Union Banking Corporation was seized under the Trading With the Enemy Act. In his groundbreaking book Family of Secrets, journalist Russ Baker exposed George H.W. “Poppy” Bush’s carefully planned paper-trail alibi to conceal his presence in Dallas on the day of President Kennedy’s assassination. Brothers Jeb and Neil Bush were kingpins in the 1980s Savings & Loan scandal that robbed taxpayers of millions. Quite a pedigree for the undeserving idiot who would do more to tarnish American democracy than any other chief executive, or outright traitor, in our history.

To evade military service in Vietnam, Dubya volunteered with the Texas Air National Guard and served in what was known as the “Champagne Division,” but even that cushy assignment was too much work. He went AWOL for a whole year and suffered no consequences thanks to Poppy’s powerful political connections. After spending the next 20 years as a drunken business failure repeatedly bailed out by Poppy’s rich Saudi Arabian friends, George was elected (legitimately, it appears) Governor of Texas. At the time DNA evidence was just beginning to establish the innocence of many men on death row. But Dubya’s conscience didn’t lead him to slow the death train down—no, he set an all-time record of 152 state executions. As of this writing, that’s also the exact number of death row inmates in America exonerated by DNA evidence.

Find this article and more in HUSTLER Anniversary 2015

Asshole of the Month: Elise Stefanik