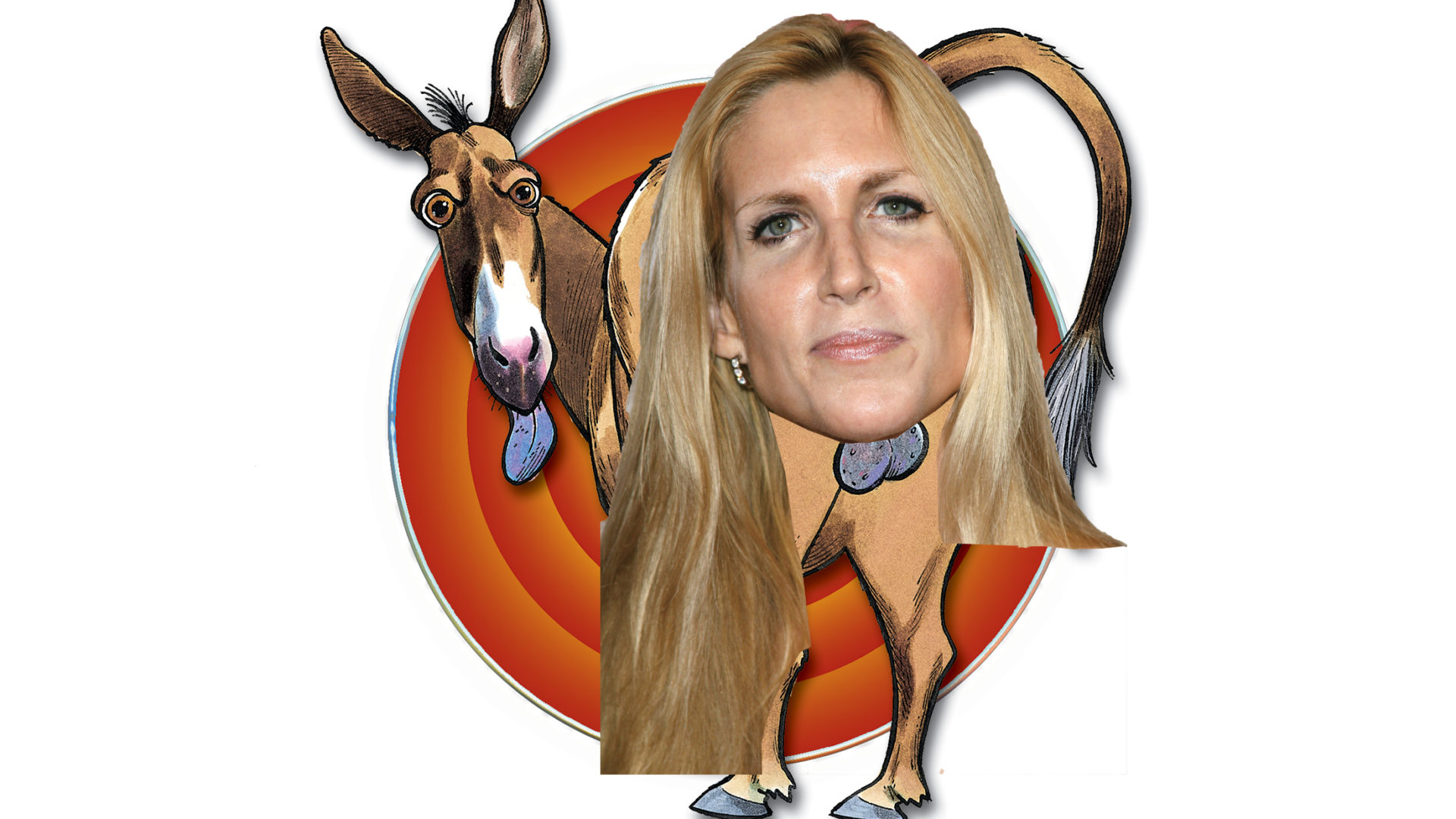 When the name Ann Coulter is mentioned, a flood of words comes to mind: mean, angry, extremist, conservative, inflammatory, hideous, arrogant, male. Regarding that last adjective, we are speaking specifically of a male who is angry because he looks like a woman—sort of. You could throw the adjective ugly into the mix, but that’s probably redundant. Seriously, how many men have you seen in a dress who are good-looking?

What we’ve just said about the author and pundit would be out of bounds were it not for the fact that everything Ann Coulter says is out of bounds. Here are some examples:

“If I’m going to say anything about John Edwards in the future, I’ll just wish he had been killed in a terrorist assassination plot.”

“We should invade their [Islamic] countries, kill their leaders and convert them to Christianity.”

“I think [women] should be armed but should not vote. … Women have no capacity to understand how money is earned. They have a lot of ideas on how to spend it…it’s always more money on education, more money on child care, more money on day care.”

Find this article and more in HUSTLER July 2012