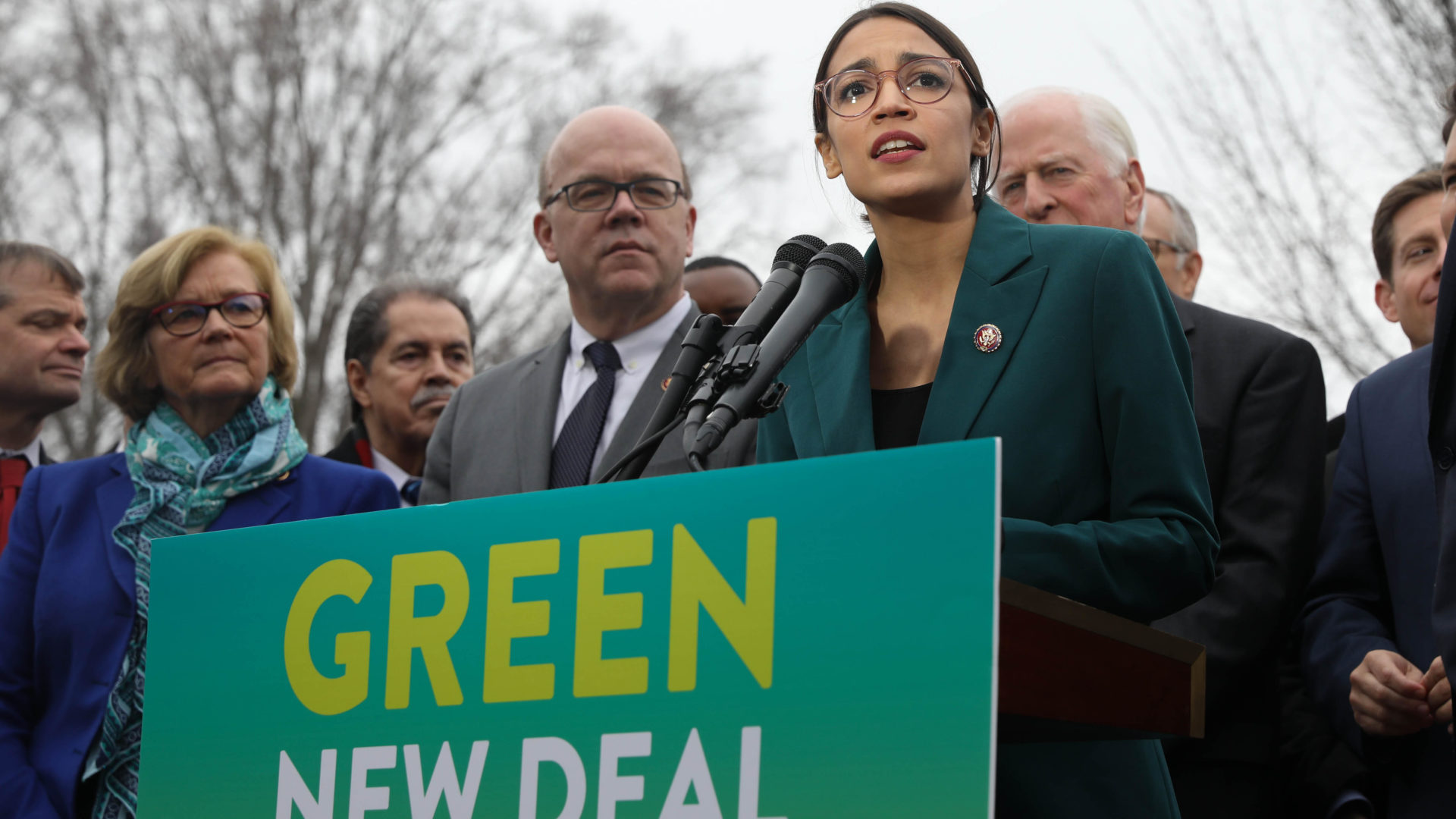 The Green New Deal (GND) must be a great idea. How do I know? Just listen to wing nuts on the Right, like Sean Hannity of Fox News. He freaked out about the plan for millions of new jobs and clean, renewable sources of energy, which—with a straight face—he labeled a “serious threat to our way of life!”

It’s “one of the most dangerous, impractical, misguided, economically-guaranteed-to-be-devastating plans ever championed by any American politician,” Hannity railed. “Guaranteed to fail. And the results will be disastrous for the American people.… Beyond dangerous. Beyond scary.”

Wow! Sounds bad. Then again, Hannity is easily frightened. For decades he’s used apocalyptic rhetoric to slime any noteworthy Democratic initiative. Obamacare, he warned, would destroy America as we know it and kill Grandma with death panels. Oddly enough, since the Affordable Care Act became law almost ten years ago, Grandma has yet to be summoned by a death panel, while 20 million Americans who had no access to healthcare now do. Scary!

Apoplectic scare attacks are nothing new for the Right. In the 1960s Republicans produced a record voiced by a fading actor named Ronald Reagan. It lambasted a Democratic initiative to keep millions of elderly Americans from facing premature death due to a lack of healthcare. The future Republican President described the effort to ensure Grandma didn’t face a death panel as “socialized medicine.”

Reagan was inveighing against what would eventually become known as Medicare, one of the federal government’s most popular and successful programs. He decried the proposed healthcare system as a threat to “our traditional free enterprise system,” cautioning that it would “invade every area of freedom as we have known it in this country.”