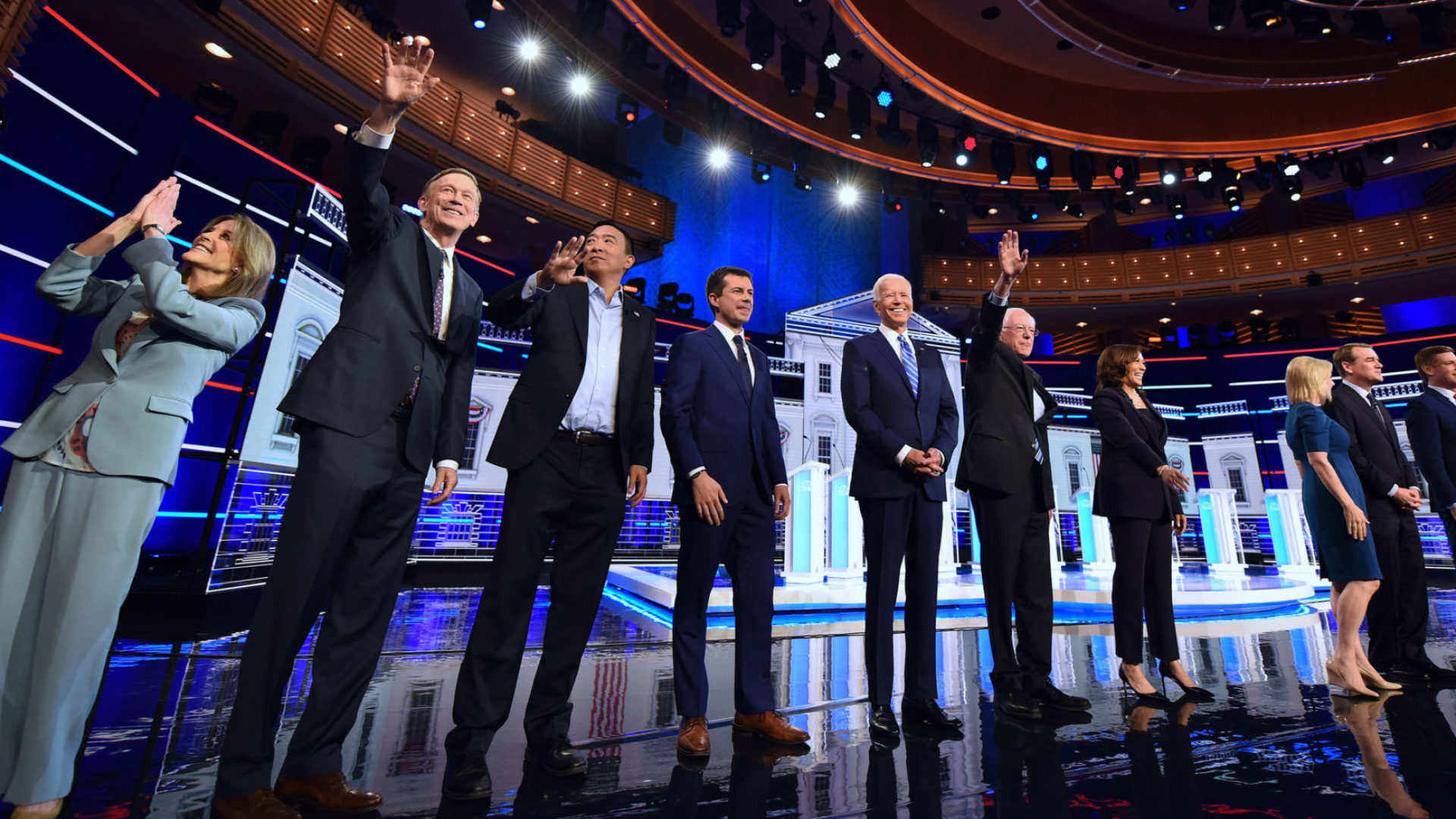 It pains me to no end to witness the Democratic Presidential candidates form a circular firing squad in the debates, almost unanimously pushing policies that will guarantee four more years of Trump. They do so out of a sense of noble idealism, but what good are those intentions if they kill your chance of gaining power to enact progressive policies?

In the first debate, when asked whose healthcare plan would cover undocumented immigrants, every candidate on the stage raised their hand. The next day the New York Post ran a front-page photo of the lockstep hand-raisers with the headline “Who wants to lose the election?” The Post is a Murdoch paper, but the headline nailed it. Among the working-class voters who defected from Obama to Trump and in fact among the majority of Americans, this radical idea of “open borders,” meaning no borders at all and no enforcement of immigration policy, is insanity. No other nation on Earth does this, even progressive countries like Canada and Norway.

Montana governor Steve Bullock justly criticized this stance: “We got a hundred thousand people showing up at the border right now. If we decriminalize entry, if we give healthcare to everyone, we’ll have multiples of that. Don’t take my word—that was President Obama’s homeland security secretary that said that.” Indeed, Jeh Johnson did say, “That is unworkable, unwise and does not have the support of a majority of American people or the Congress…”