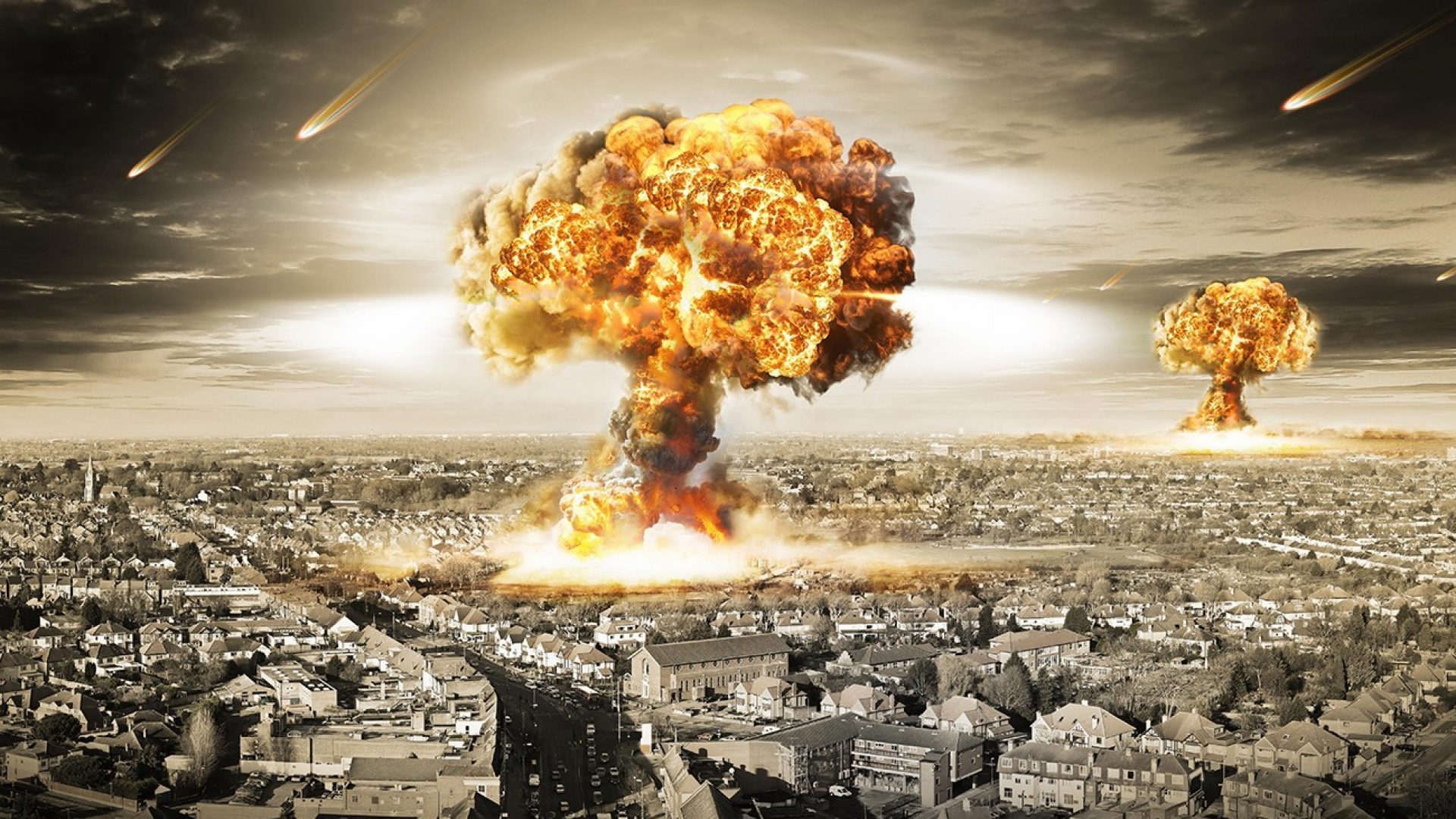 Three months ago Trump announced that the United States would withdraw from the Intermediate-Range Nuclear Forces Treaty signed by Ronald Reagan and Mikhail Gorbachev in 1987. Trump and his chickenhawk sidekick, John Bolton, alleged that the Russians had violated the treaty by testing a new cruise missile. The Russians countered that Americans had cheated first.

The sane thing would have been to renegotiate the agreement and strengthen it. But treaties of all kinds have become Trump’s favorite toilet paper—if it’s not a deal the Big Dealer made himself, then it’s flushed down the crapper. Vice President Mike Pence even suggested that the U.S. would not rule out deploying nuclear weapons in outer space, though that kind of mad escalation is outlawed by the Outer Space Treaty signed in 1967. Pence’s statement came on the heels of Trump’s proposal for a new addition to our hyper-bloated military, a Space Force.

Fifty years ago most of the world’s nations signed the Nuclear Non-Proliferation Treaty, pledging to pursue the total eradication of nuclear weapons. Reagan fostered considerable progress with START (the Strategic Arms Reduction Treaty), initiated in the 1980s, but now the Republicans who worship him have totally reversed course, hell-bent on making a nuclear apocalypse likely, if not inevitable. George W. Bush first slammed the gears into reverse in 2001, when he announced that the U.S. would withdraw from the 1972 Anti-Ballistic Missile Treaty. And we’ve been going backward ever since, with plans to spend $1 trillion on new nuclear weapons over the next 30 years.