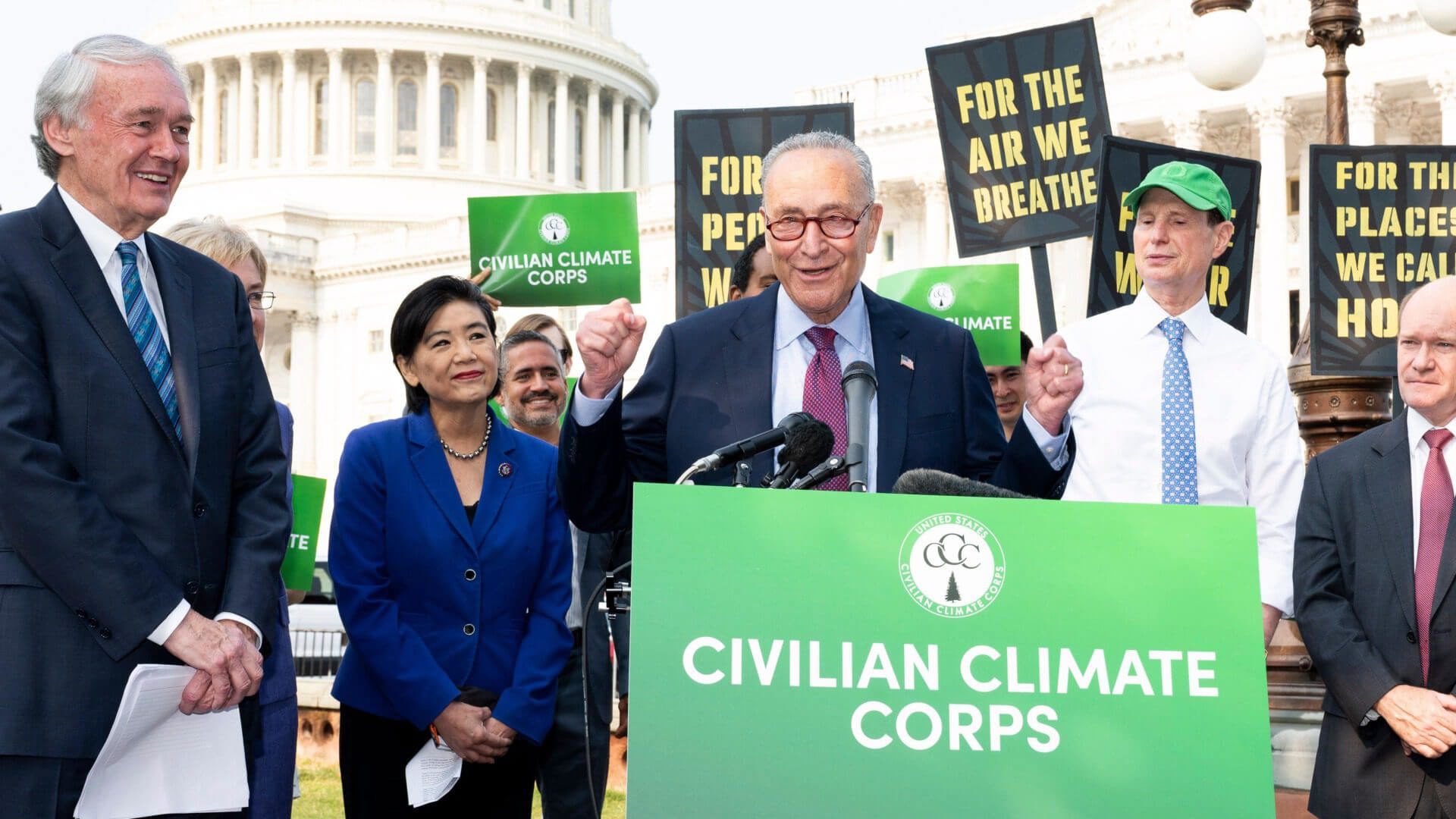 Progressive Democrats in Congress are pushing to include funding for a new Civilian Climate Corps (CCC) in the infrastructure bill being thrashed out by Congress as I write. A CCC could create 1.5 million new jobs over the next five years for people still suffering from unemployment and underemployment due to the COVID pandemic, while ameliorating the effects of climate change and paving the way for a truly sustainable future. It’s based loosely on President Franklin Roosevelt’s successful Civilian Conservation Corps in the 1930s.

Projects would include upgrading commercial and residential buildings to be more energy efficient and building affordable housing for the thousands of Americans now living in squalid tent cities. In addition, the Corps would expand regenerative agriculture to repair our depleted farming soils; tackle reforestation; modernize the energy grid to use more renewable energy; and above all, build the infrastructure to adapt to increasing natural disasters due to accelerating climate change. Last year climate and weather disasters cost Americans $95 billion. Initial funding for the CCC would be only $10 billion. The old adage “an ounce of prevention is worth a pound of cure” applies here.