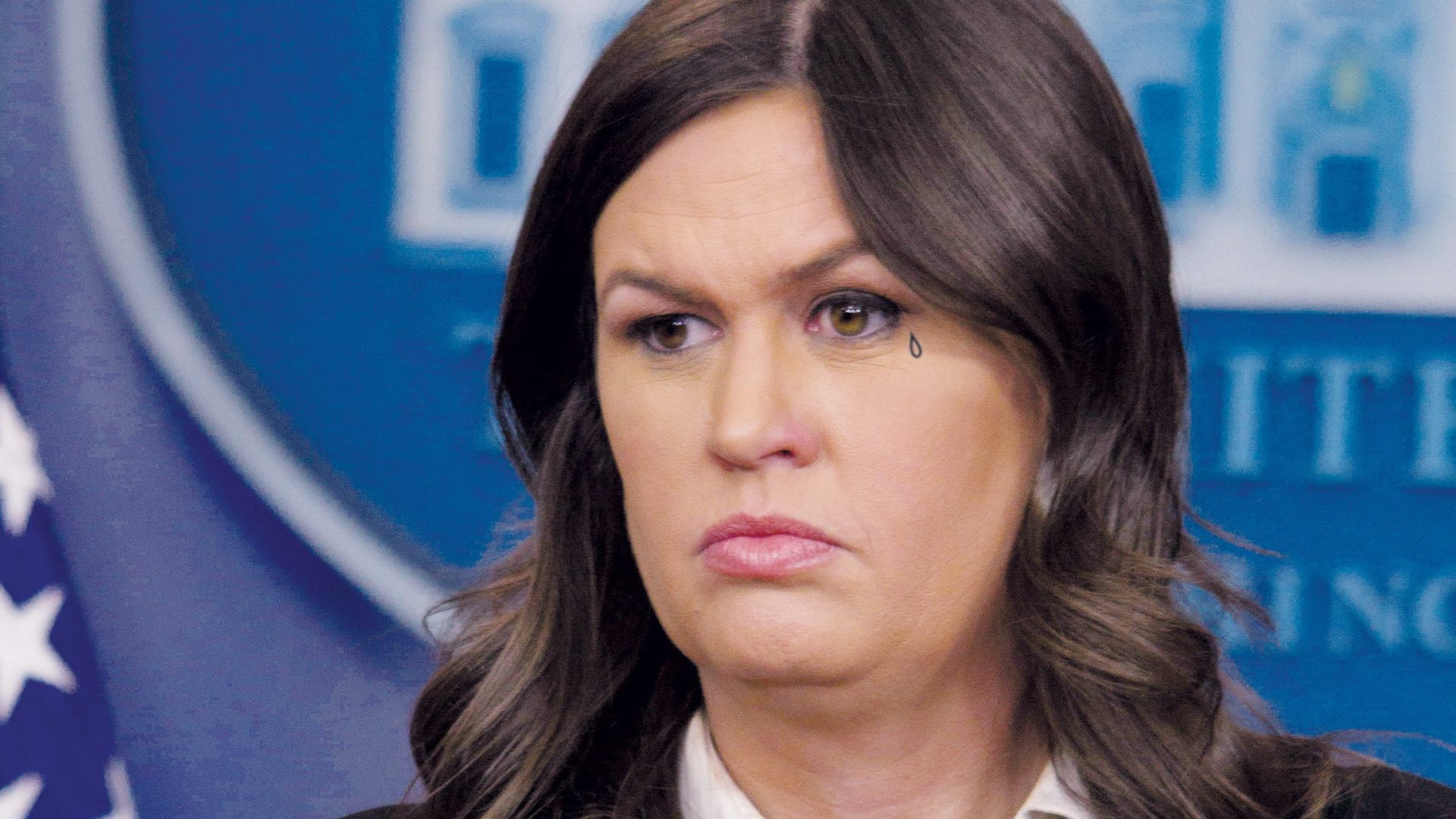 WASHINGTON, D.C.—A White House increasingly in the grip of paranoia has issued a “Snitches Get Stitches” antileak policy, forcing staffers to sign a pledge stating that they will “keep Trump’s name out their mouth or get got like a little bitch.”

“The phrase ‘get got’ is somewhat ambiguous,” says legal scholar and former gang member Chet Davis, “but the addition of ‘like a little bitch’ implies that staffers who leak to the press, or talk to Robert Mueller, will suffer physical harm.”

“We’re simply asking all White House employees to be cool and sign the pledge,” says Sarah Huckabee Sanders, “and not act like no-good rat-bastards.” When asked if the pledge is tantamount to a physical threat, she holds up a baseball bat wrapped in chains and explains, “Accidents happen all the time. We just want everyone to be real careful-like—careful about who they may or may not talk to, careful about what they may or may not say and careful that they don’t get this frickin’ bat to the head, if you follow my meaning.”

It’s not clear to what extent the White House can enforce its new policy. “Can they legally impose a regime of silence under threat of a serious beating? It’s uncharted Constitutional territory,” says Davis. “Not since FDR’s controversial ‘Japs Get Slaps’ policy has America had to deal with a rhyming threat of violence.”

The pledge also requires new staffers be either beat in or sexed in. “But no one will truly respect you if you’re sexed in,” adds Sanders.