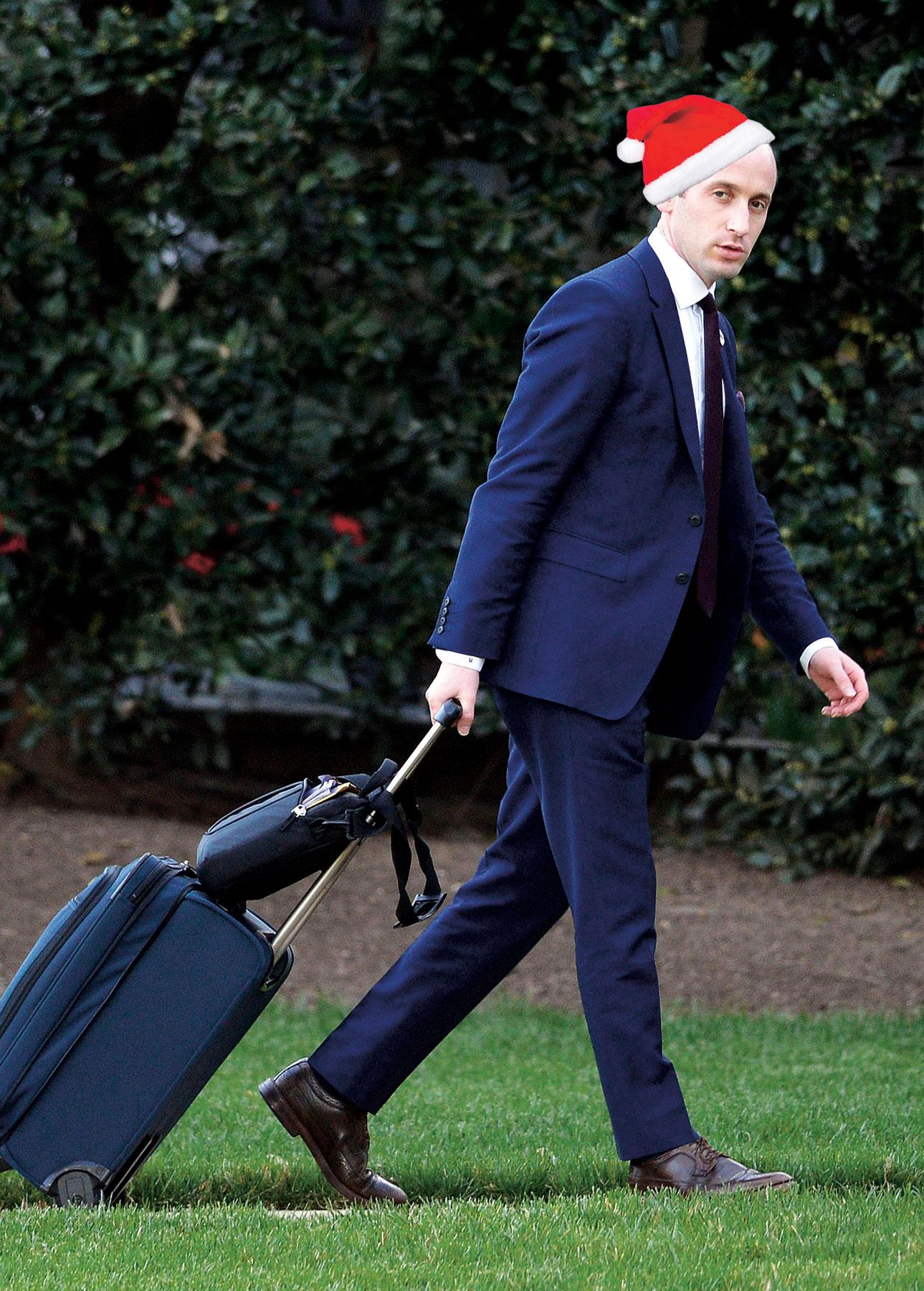 “This administration will no longer tolerate invaders from the north taking our jobs,” said Miller at a press conference. “There is no reason an American can’t deliver presents in a flying sleigh to American children.”

However, recent studies indicate that Mr. Claus fulfills an important economic function. “He does a job Americans are not willing or able to do,” says Princeton economist Dr. Sarah Jones. “We surveyed everyone—Paul Bunyan, Sasquatch, Oprah—and no one can even come close to delivering gifts to some 117 million households in one night, especially at that level of compensation. Americans simply will not work that hard for milk and cookies.”

Others are not so sure.