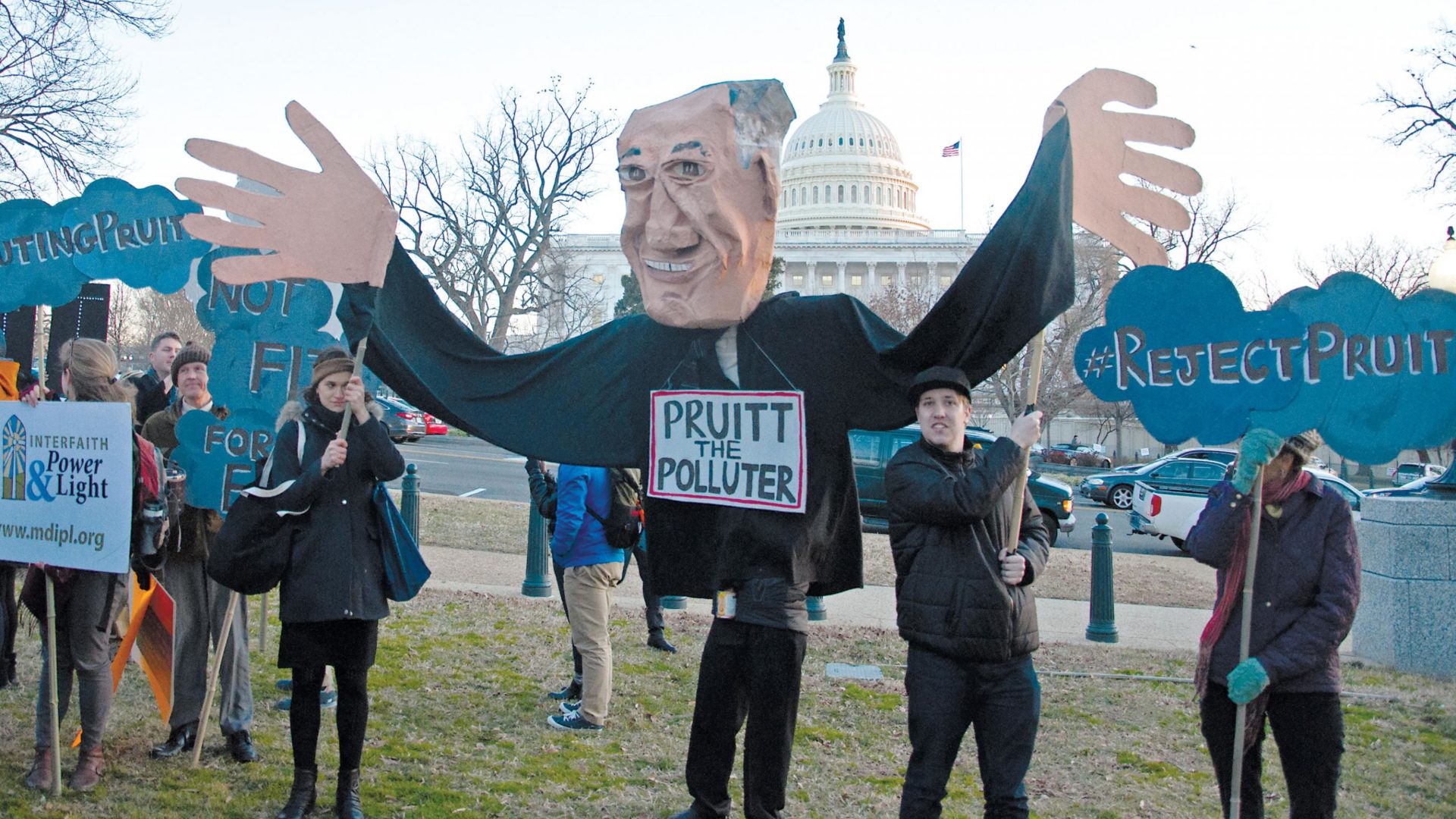 WASHINGTON, D.C.—Amid concern surrounding his recent appointment of a smoldering raccoon carcass to the EPA’s Science Advisory Board, EPA head Scott Pruitt has doubled down on his controversial leadership, calling for the “complete and total elimination of the environment by 2024.”

“In the entire history of mankind, any person who’s ever died, ever, has had some level of contact with the environment,” Pruitt told reporters. “Since its inception during the liberal Nixon Administration, the EPA has done little to stem the deadly tide, but we finally have the tools and the political will to destroy this silent killer once and for all.”

“The President has full faith in EPA Administrator Pruitt’s genocidal vision,” said a White House spokesperson. “We’ve been protecting the environment, but what has it ever done for us? It’s yet another bad Obama-era deal that needs renegotiating. The time of unchecked Big Environment is over. We’re going to drain the swamps.”

Find this article and more in HUSTLER March 2018