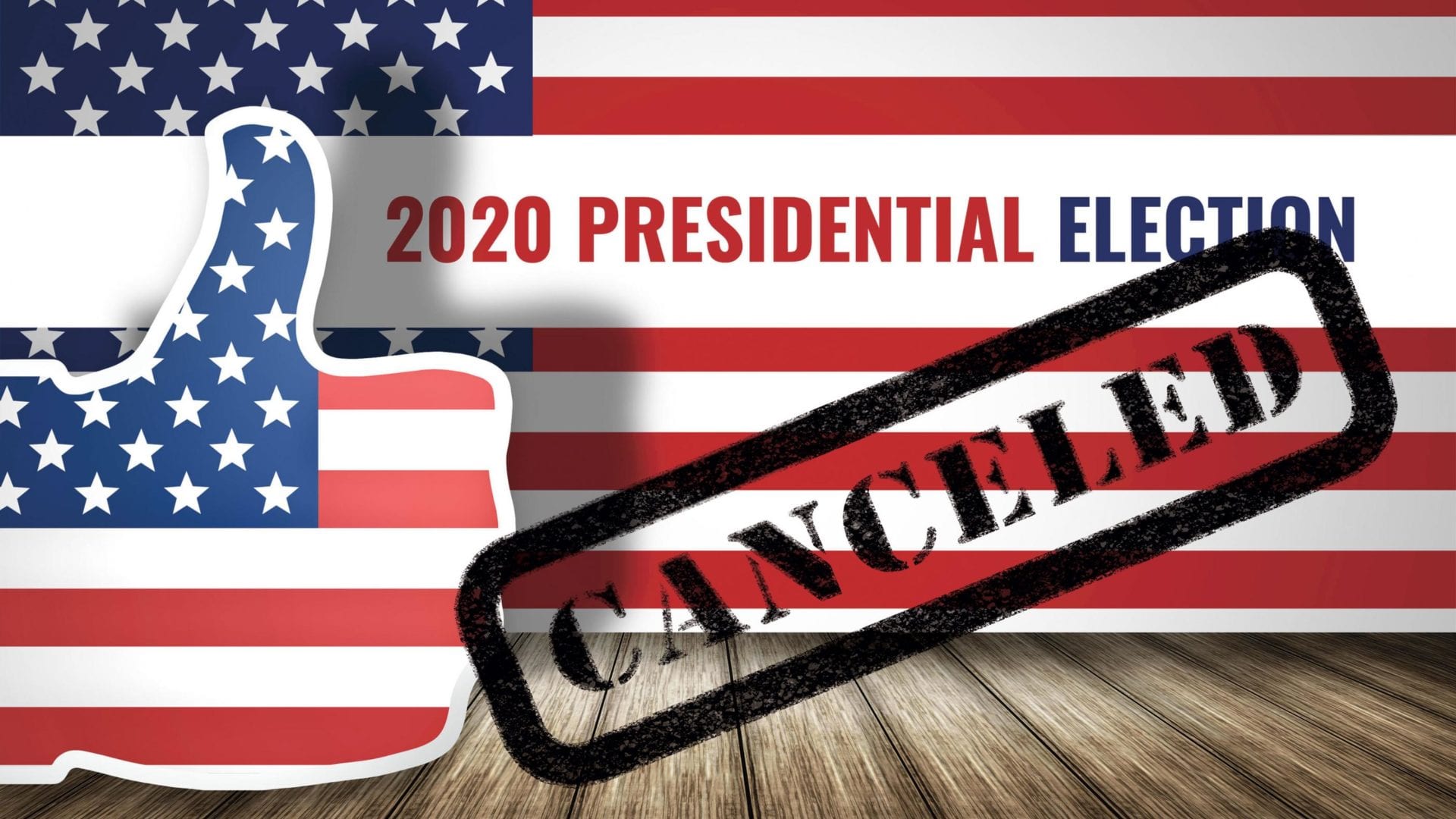 WASHINGTON, D.C.—In shocking early morning tweets yesterday, President Trump announced that he was canceling the 2020 elections because “No useful purpose is served by going ahead with them, believe me. I am the most popular, successful, best qualified President in world history.”

Trump’s announcement was greeted with ecstasy and gratitude everywhere, according to a Fox News poll conducted just hours before his tweet was made public. The network explained its “jump on the news” by noting that the President had provided management with advance notice of his decision, enabling them to get ahead of “fake news CNN and the incredibly unpopular MSNBC, which no one watches anyway.”

During an interview with Fox & Friends broadcast later in the day, Trump explained that a new election would be “essentially undemocratic anyway,” since it is well-known that illegal immigrants with forged IDs would swamp the polls.” He cited the example of “Crooked Hillary’s incredibly dishonest claim that she won the popular vote by 3 million votes in 2016. That won’t happen again, believe me!”