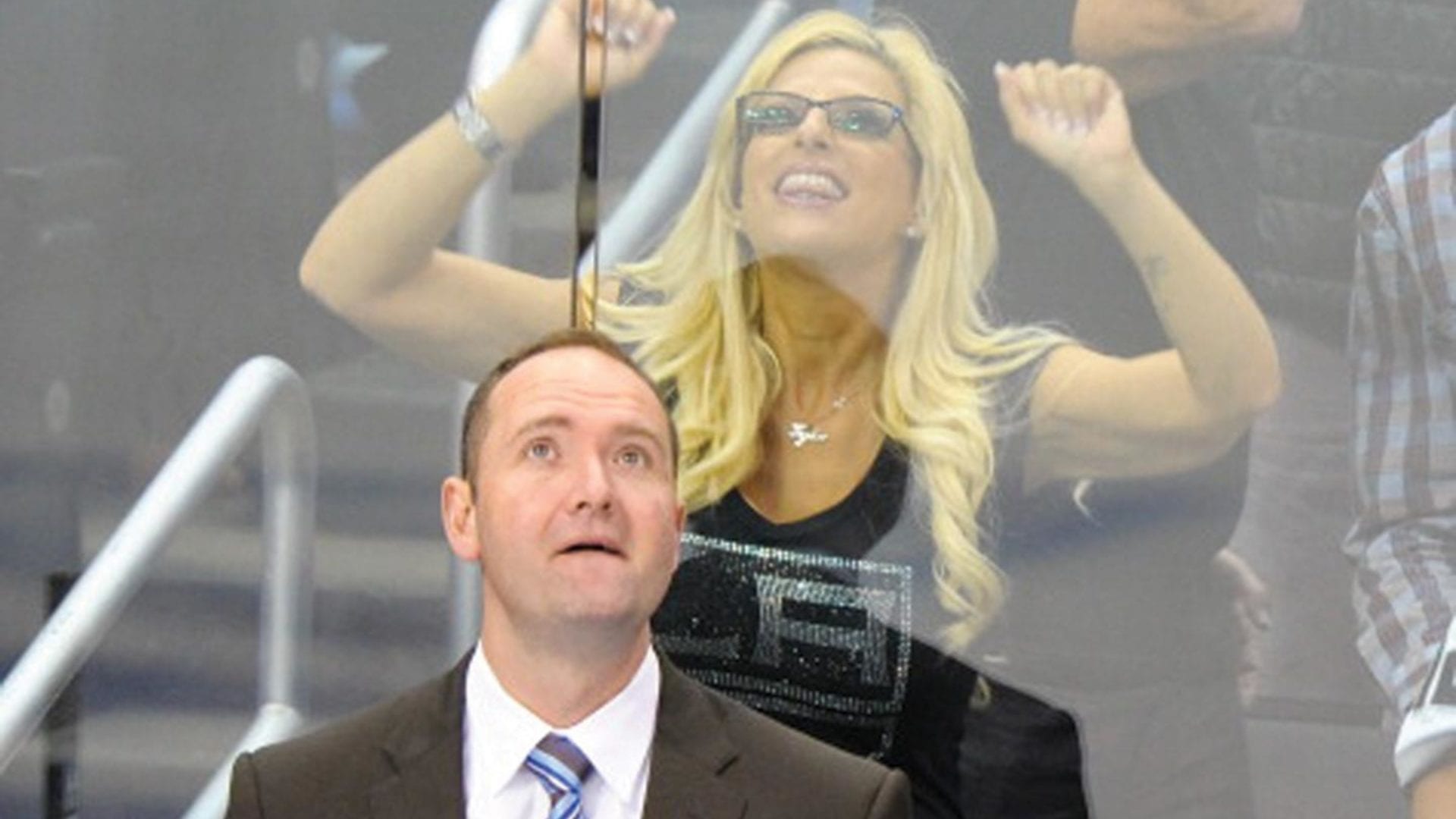 Los Angeles hockey fans were delighted to see the hometown Kings win the Stanley Cup for the first time in 45 years. At the same time, fans of impressive cleavage were pleased that Taylor Stevens was featured extensively in television coverage of the Kings’ thrilling Cup-clinching series against the New Jersey Devils. During games four and six, which were played in L.A., the Canadian topless model and webcam performer wrangled a front-row seat right behind the Devils’ bench. Whenever the camera cut to coach Peter DeBoer and his players, the TV audience was treated to a view of Stevens’s astounding rack.