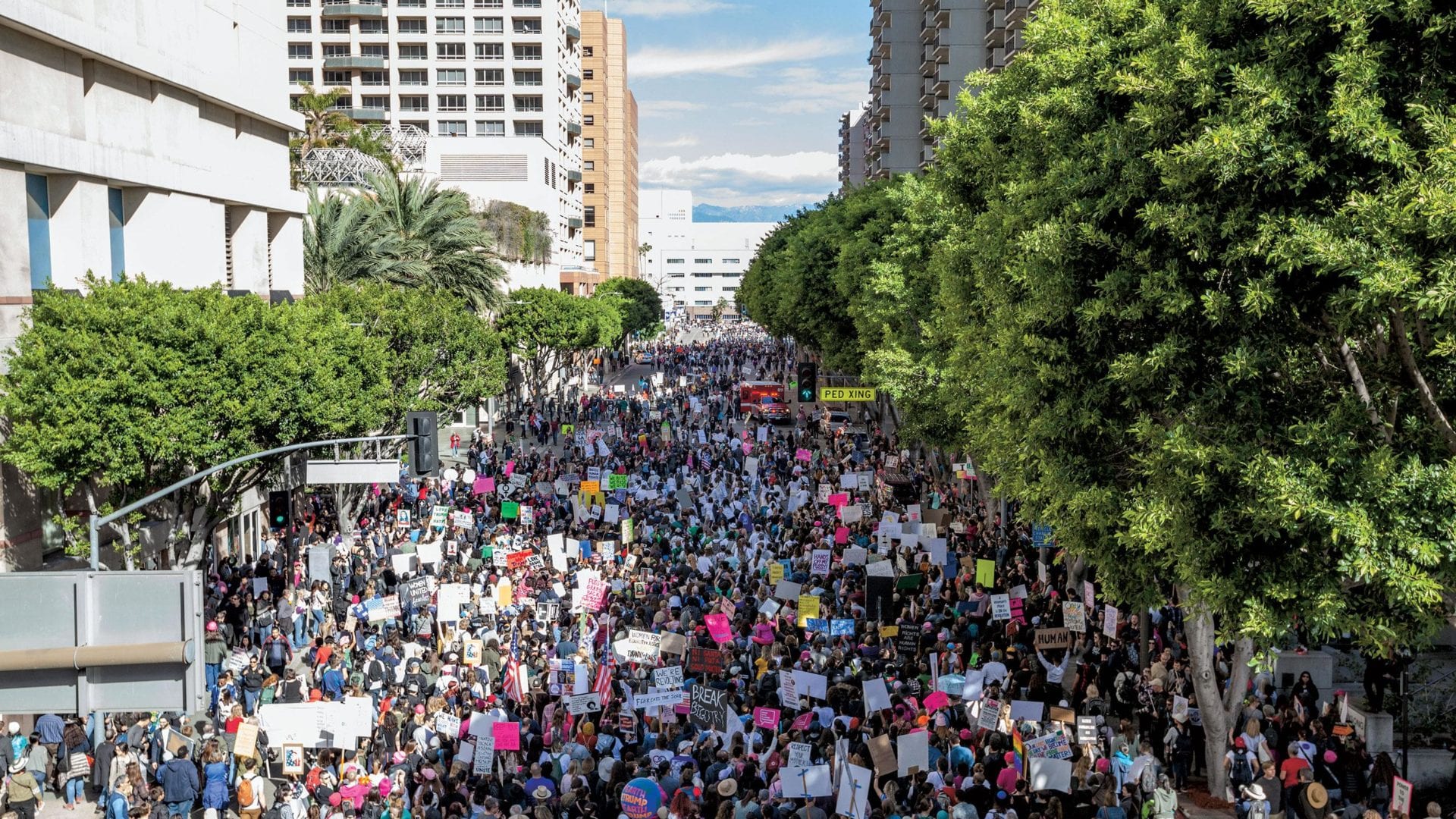 If there’s anything the Trump Administration has taught us, it’s that size matters. Not just the size of your hands, but the size of your crowds on the National Mall. The Women’s March on January 21st attracted throngs of protesters all over the world. In Washington, according to “crowd scientists” (a booming new field, by the way), the march boasted at least three times the number of people who had attended the inauguration. And in Los Angeles the cause drew an estimated 750,000 supporters! Trump, of course, tweeted something vague about disagreeing with the march but supporting their right to protest, which was, for President Donald, a very measured response. Other politicians? Not so measured. Over on The Slot via Jezebel.com, several legislators were called out for their social media commentary. Mississippi state senator Chris McDaniel posted this idiotic insight to his Facebook page: “But I do have a question: if they can afford all those piercings, tattoos, body paintings, signs, and plane tickets, then why do they want us to pay for their birth control?” while East Greenwich, Rhode Island, town council vice president Sean Todd tweeted, “Definitely a guy came up with the #womensmarch perfect way to get the wives outta the house.” J.R. Doporto, a city councilman in Carlsbad, New Mexico, went a step further: “Just want to give a heads up to the women! You have rights! A right to cook and a right to clean. Today is Sunday and the NFL playoffs our [sic] on! I suggest you stop your b!tch!ng/protesting during this time. Because you also have a right to get slapped!” He later defended his comments during on-air interviews as “jokes,” following which his day-job employer fired him over his Facebook posts (now, that is kind of funny). Unfortunately men weren’t the only ones getting in on the action. North Carolina state senator Joyce Krawiec tweeted, “Message to crazies @ Women’s March—If brains were lard, you couldn’t grease a small skillet. You know who you are.” Wow.