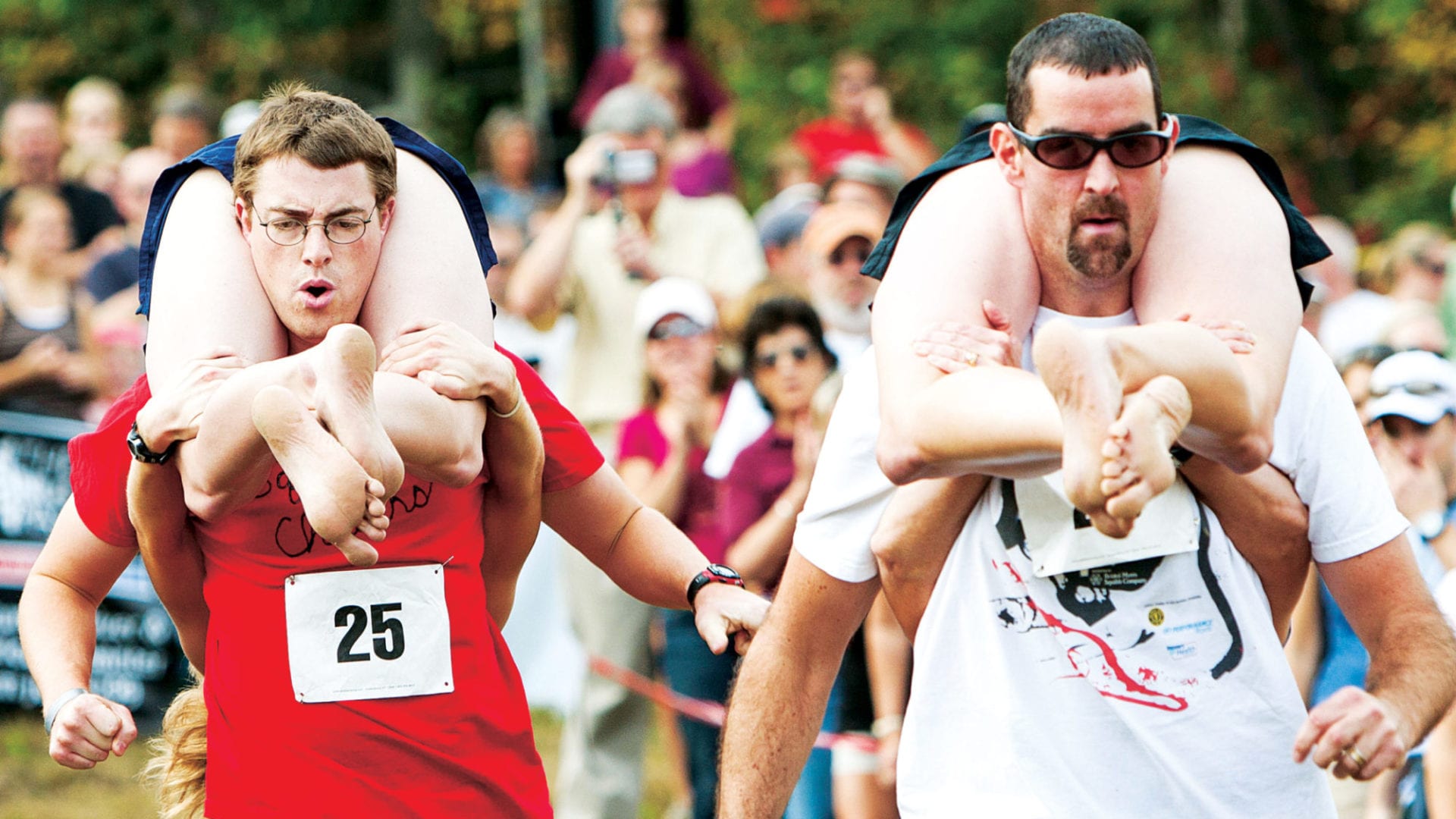 Welcome to the only sporting event that really matters—not even the Super Bowl comes close to capturing the majesty, grandeur and glory of the North American Wife Carrying Championship. Gentlemen, lift your spouses, and take your marks!

The 20th edition of this illustrious competition kicks off October 12, and it’s every bit as ludicrous and epic as it sounds. The tradition of wife carrying is steeped in history and Norse mythology, dating back to 19th century Finnish legend Ronkainen the Robber, who maintained the highest of standards for men he let into his nefarious band of scoundrels. To prove their mettle, contenders would have to negotiate a difficult obstacle course carrying a heavy sack. In the absence of a sack, a woman from a neighboring village was considered a viable substitute.