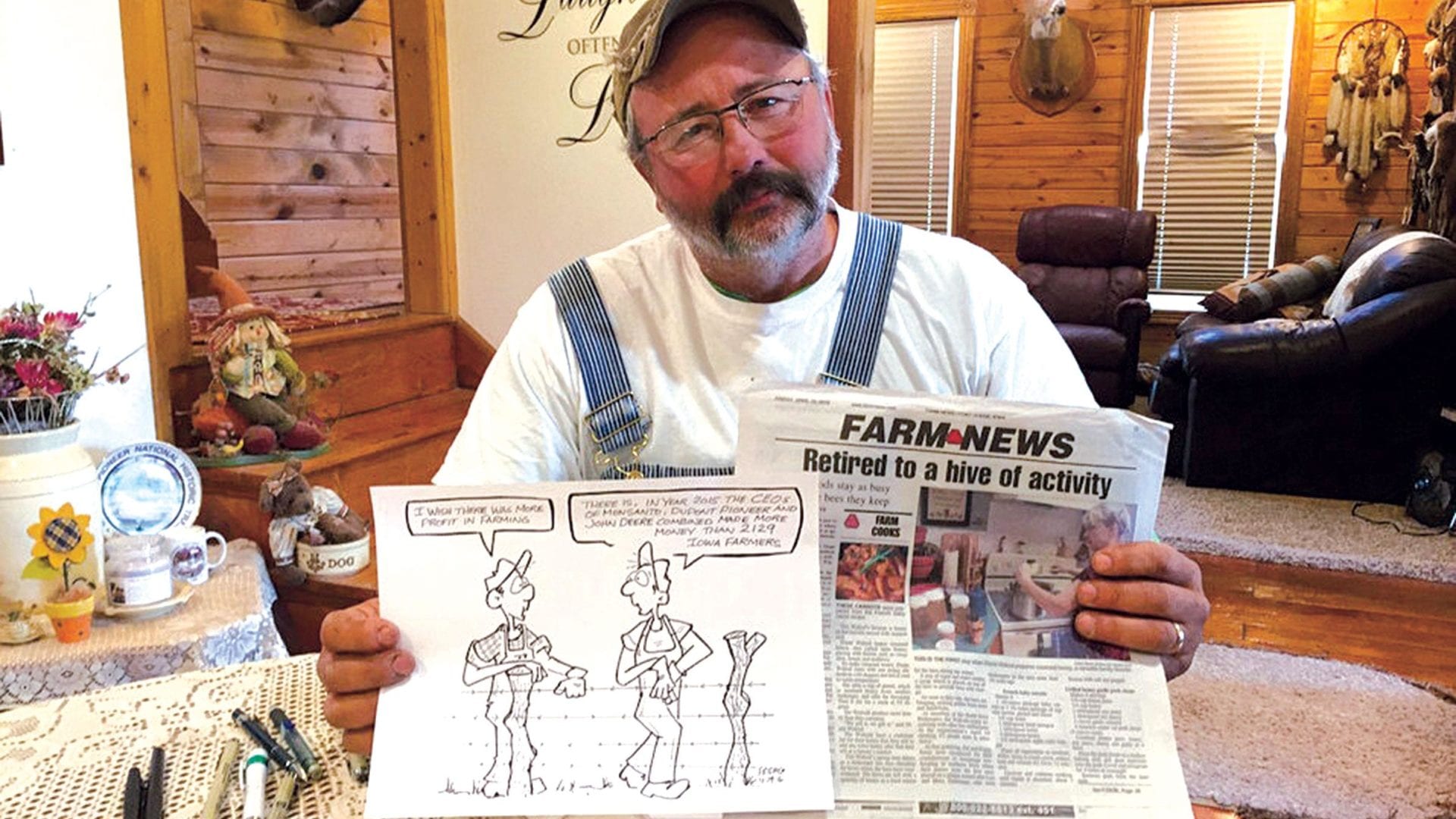 You know how, when you lose a job, spouse or appendage, well-intentioned people will say that one day, you’ll realize it was the best thing that ever happened to you? Fuck those people. Rick Friday, a fourth-generation farmer and editorial cartoonist for Farm News got the boot after turning in a cartoon about the current economic state of U.S. farming. In the panel one farmer laments, “I wish there was more profit in farming.” “There is,” says the other. “In year 2015 the CEOs of Monsanto, DuPont Pioneer and John Deere combined made more money than 2,129 Iowa farmers.”

Farm News ran Friday’s cartoon as it had every Friday (how fitting!) for 21 years. But come Monday, an editor told him that a “large company affiliated with one of the corporations mentioned” had taken offense, canceled its advertisement, and they would no longer be running Friday’s toons. That couldn’t have been a shittier move than if John Deere had done the job with 1,000 manure spreaders. The story of Friday’s termination hit front pages around the world. “Farm News pretty much lost their advertising department from what I hear,” says Friday. Still, he doesn’t hold a grudge. “I’d probably go back, but under my terms—exclusive rights to my cartoons and a little bit more money.” Friday and his wife have both worked full-time jobs in addition to running their farm, and none of their five children could afford to follow in the family footsteps. “It’s sad,” he says. “My two oldest are in construction, one’s in real estate, one’s a teacher, and the other is a lawyer. It costs less to get a law degree than it does to start farming. Isn’t that something?” Something is one word for it.