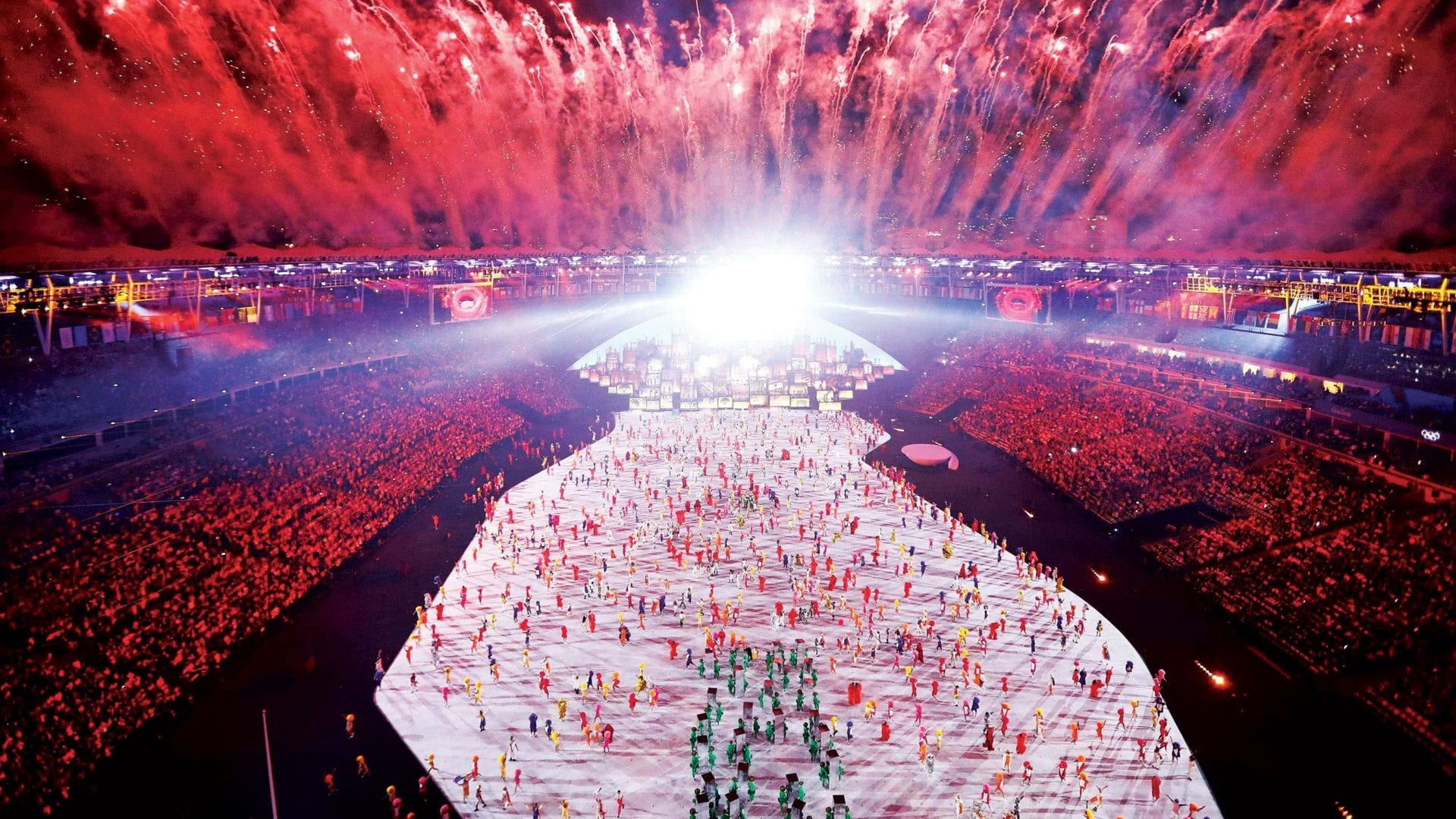 “Am I the only person who thinks the Walk of Nations, from above, looks like a giant vagina? #OpeningCeremony #Rio2016,” tweeted @JasonKorolenko. No, Jason, you were not.

Sure, Olympic media coverage of female athletes was embarrassingly shitty (e.g., a British reporter congratulated Andy Murray for being “the first person ever to win two Olympic tennis gold medals,” and was schooled by Murray that actually Venus and Serena had won four medals each years ago; the Chicago Tribune tweeted “Wife of a Bears’ lineman wins a bronze medal today in Rio Olympics,” instead of identifying her by name; when swimmer Katinka Hosszu won a gold, NBC’s Dan Hicks directed the camera at her husband and raved, “There’s the man responsible!”). But damn if the vagina wasn’t glorified and revered by the host country. Social media users around the globe commented on what we all were thinking: The Olympic stadium looks like the biggest, pinkest, most beautiful pussy in the world. Say what you will about green swimming pools, body parts washing ashore and roving bandits, Brazilians know how—and what—to celebrate.