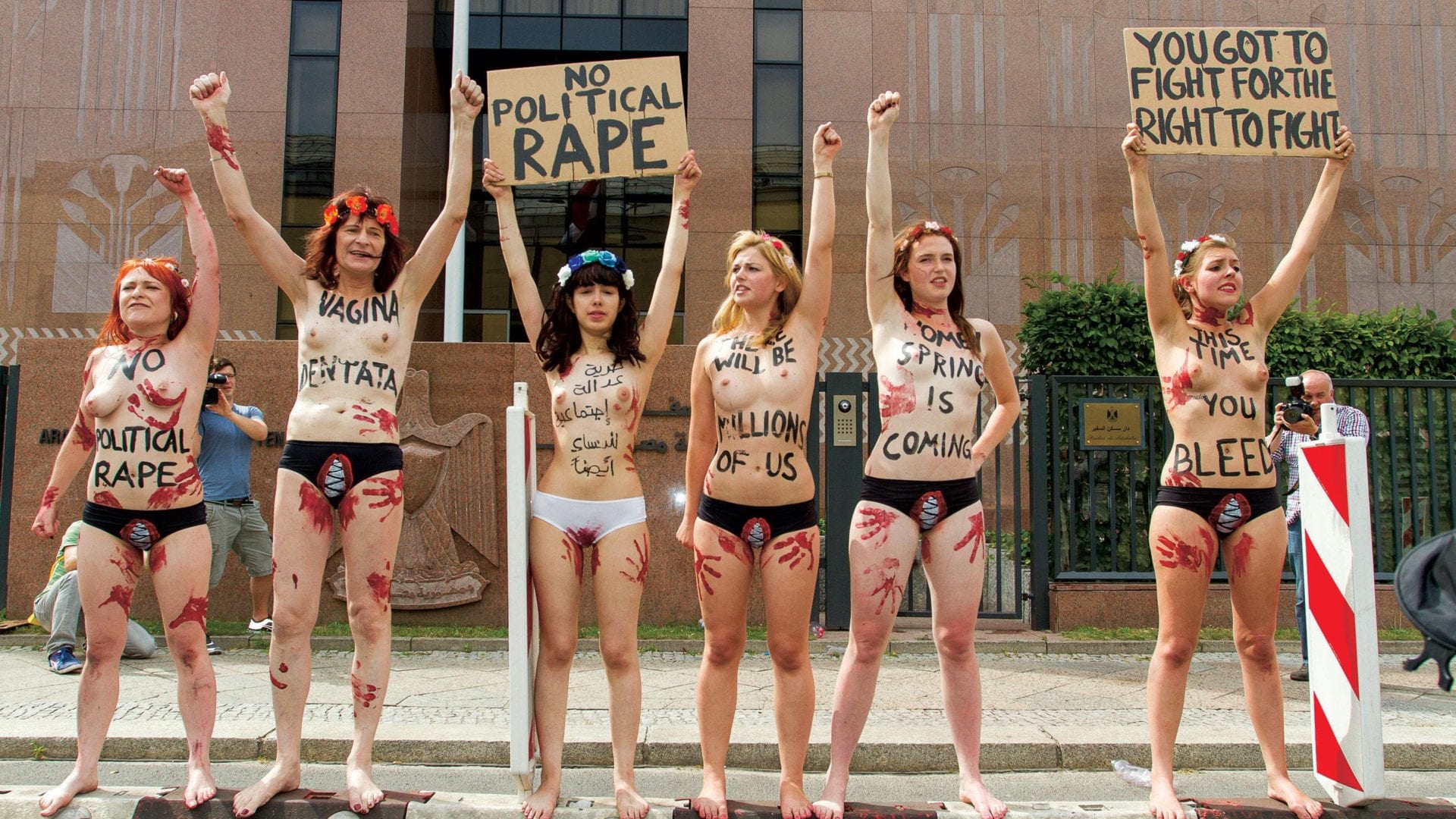 A perk of being a celebrity or President (or in our case a celebrity President) is that you get wax figures sculpted in your likeness. Tourists get to overpay to visit your statue and trick their social media followers into believing they’re hanging out with actual stars. This practice was made famous by Madame Tussauds in London and now takes place all over the world. Accordingly, a waxwork museum in Madrid recently unveiled a controversial new figure to their exhibit, President Donald J. Trump. Maybe they wanted to get into the President’s good graces, or maybe they just had an extra pair of tiny wax hands lying around. Either way the unveiling was not met with the excitement they had hoped for. During the ceremony a topless activist for the group FEMEN attacked the statue’s crotch and screamed, “Grab patriarchy by the balls!” This phrase was also prominently displayed in black marker on her back. Founded in 2008, FEMEN is a Ukrainian feminist organization that now has members worldwide. In their fight for economic and ideological empowerment, the group uses nudity to bring attention to their causes and boldly proclaims, “Our mission is protest! Our weapons are bare breasts!” We admire their naked nerve.