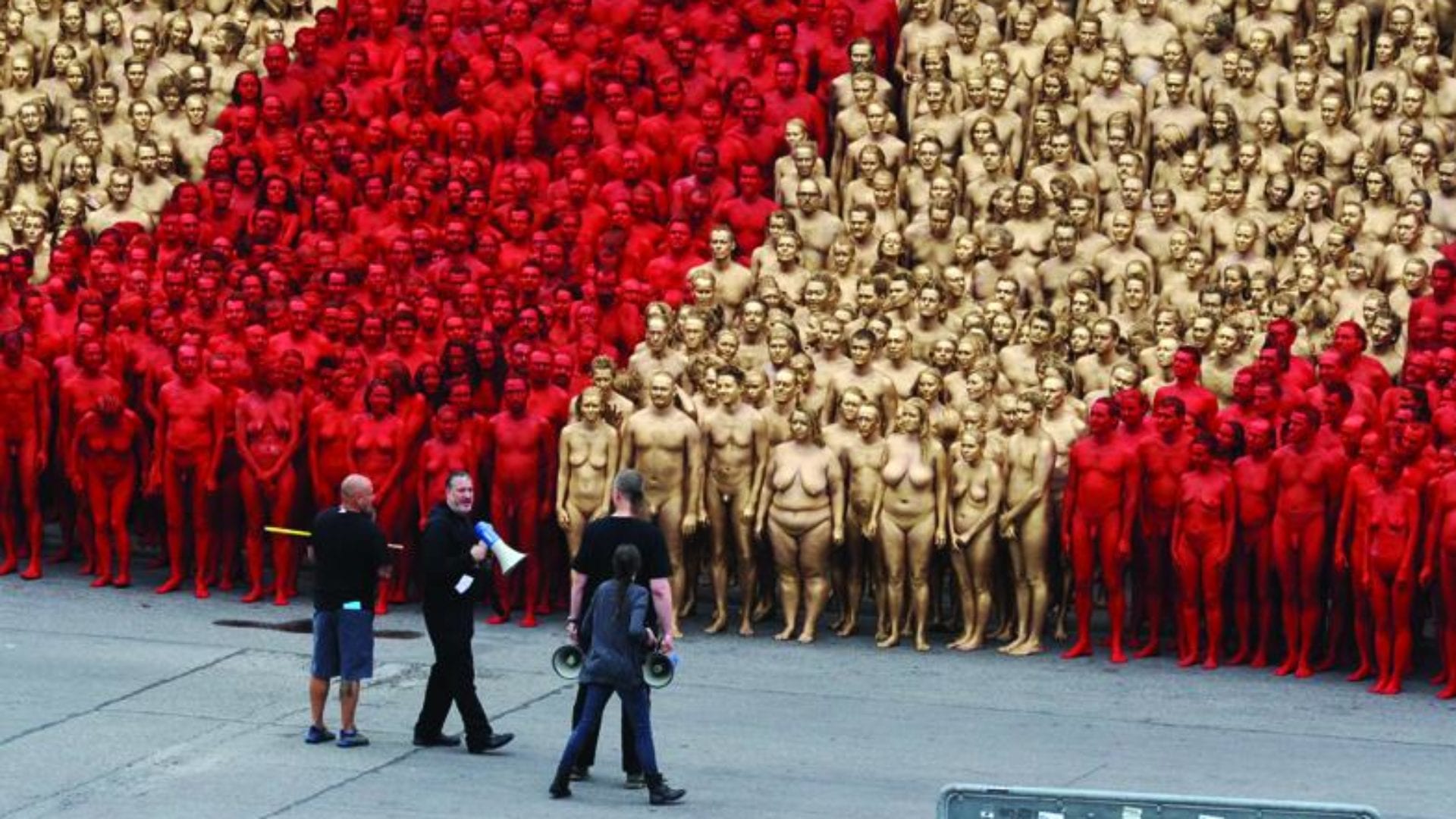 Nothing gets women naked faster than telling them it’s in the name of art.  Just ask American artist Spencer Tunick, who somehow persuaded 1,700 volunteers not just to strip down in front of an opera house in Munich, Germany, but also to be covered in body paint for his extravaganza. (If you’re curious, he was recreating scenes from Richard Wagner’s opera Der Ring des Nibelungen). We’re impressed, particularly because we can’t even convince the hot girl at the corner store to show us her ankle.